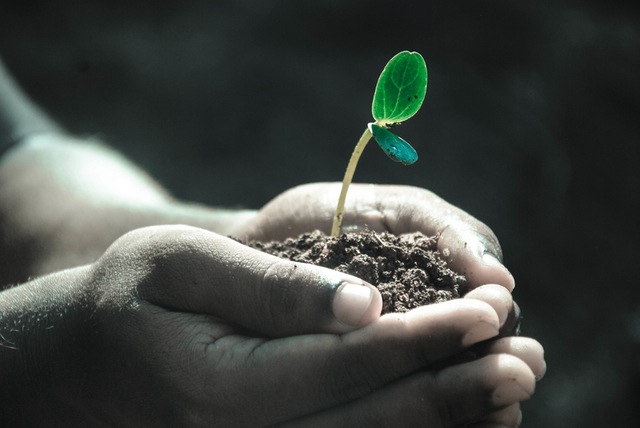 "It is difficult to rate the importance of the different soil functions, since all are vital to our well-being to some extent. However, the function of supporting food and agriculture worldwide is fundamental for the preservation and advancement of human life on this planet." – Food and Agriculture Organization of the United States (FAO).

The multiple roles of soil often go unnoticed. During time spent carrying out research for this blog I came across the following quote which I feel really captures the relevance of soil health for the One Health concept:

‘The health of soil, plant, animal and man is one and indivisible’.

This was actually said seven decades ago by Lady Eva Balfour, one of the first women to study agriculture at an English University, who went on to found the Soil Association in 1946. Yet it seems that on many levels we are still to realise the connectedness between health in soils, plants, animals and people.

The many benefits of soil…..

In terms of our interaction with soil, the first thing that probably springs to mind is that soil is the basis for plant growth and therefore food production. However, the function of soil for our personal health and well-being expands far beyond what it helps put on our plate. The wide ranging direct and indirect benefits include:

Our close relationship with soil highlights how important it is to protect this often neglected resource. Currently soils are being degraded and eroded at a faster rate than they can be replaced, worldwide soil erosion averages approximately 30-40 t/ha/yr, or about 30-40 times faster than the replacement rate (Pimentel 2006). Above I only highlighted the benefits of our interaction with soil, there are some negatives including: exposure to heavy metals and chemical through soil contact, the creation of airborne dust which can cause respiratory issues and exposure to soil borne pathogens. Many of these negatives are likely to be enhanced by our own impact on soil – desertification will increase airborne dust and we are often the main culprits for depositing toxic metals and chemicals into the soil through, for example, farming and mining activities. Practices to reduce soil loss include promoting reforestation, protecting ecosystems in danger of desertification, and new farming methods such as no-till agriculture. Some steps towards helping us all recognise the intrinsic value of soil were taken in 2015 when it was declared the International Year of Soils (#IYOS2015), with the aims to “increase awareness and understanding of the importance of soil for food security and essential ecosystem functions.” The movement to respect and value our soil resources must continue.

What is CABI doing to improve soil health?

I’d like to highlight two projects in which CABI are working to improve soil health. The first is focused on improving soil fertility in sub-Saharan Africa through the Africa Soil Health Consortium (ASHC), a program managed by CABI with financial support from the Bill and Melinda Gates Foundation. The consortium brings together over 40 partners with expertise in soil health with the aim to give better access to practical information about integrated soil fertility management (ISFM). ISFM combines mineral fertiliser use with other soil fertility management practices. For example, the addition of locally available soil amendments (such as lime and phosphate rock) and organic matter (crop residues, compost and green manure) to replenish lost soil nutrients. In addition, ISFM promotes improved germplasm, agroforestry and the use of crop rotation and/or intercropping with legumes (a crop which fixes nitrogen into the soil). The ASHC are developing a wide variety of media based campaigns to target different members of the smallholder farming family with distinct communications (e.g. books, comics, guides or radio messages) that are tailored to their audience. The aim of these varied media is to help bridge the gap between those with science-based agricultural information and the farmers who can benefit from it. One major resource was the launch of the ASHC website which holds leaflets and audio visual materials on ISFM practices. Users of the website can also access ‘how-to-guides which offers advice and guidance on how to develop and disseminate your own ISFM materials. It is hoped that the website will set the bar for open access and open source materials.

CABI have also been working hard to provide small holder farmers in Rwanda with access to an environmentally friendly biologically based way to control soil pests in vegetable crops. Food crops represent one third of Rwanda's GDP but significant crop losses occur due to soil pests. These losses affect smallholders’ livelihoods, impact food security and significantly reduce incomes. A CABI led project with partners from Africa, China and Europe (Switzerland and the UK) that worked with the Guangdong Entomological Institute in China (GEI), the Institute of Plant Protection of the Chinese Academy of Agricultural Science (IPP-CAAS) and the Rwandan Agricultural Board (RAB) provided an innovative solution in the form of naturally occurring parasitic worms or beneficial nematodes. These tiny worms selectively kill soil-dwelling insects like bean fly, cut worm and white grubs, leaving the vegetables unharmed. To disseminate the nematodes on a much larger scale a new factory was established in Rwanda to allow mass production of these beneficial organisms. The factory has also become a regional platform for research between Rwanda and neighbouring countries allowing Rwanda to grow its own expertise in controlling crop pests.

Further information on many of the topics touched on in this blog post are available to subscribers to our Environmental Impact database which indexes records on all aspects of soil science.