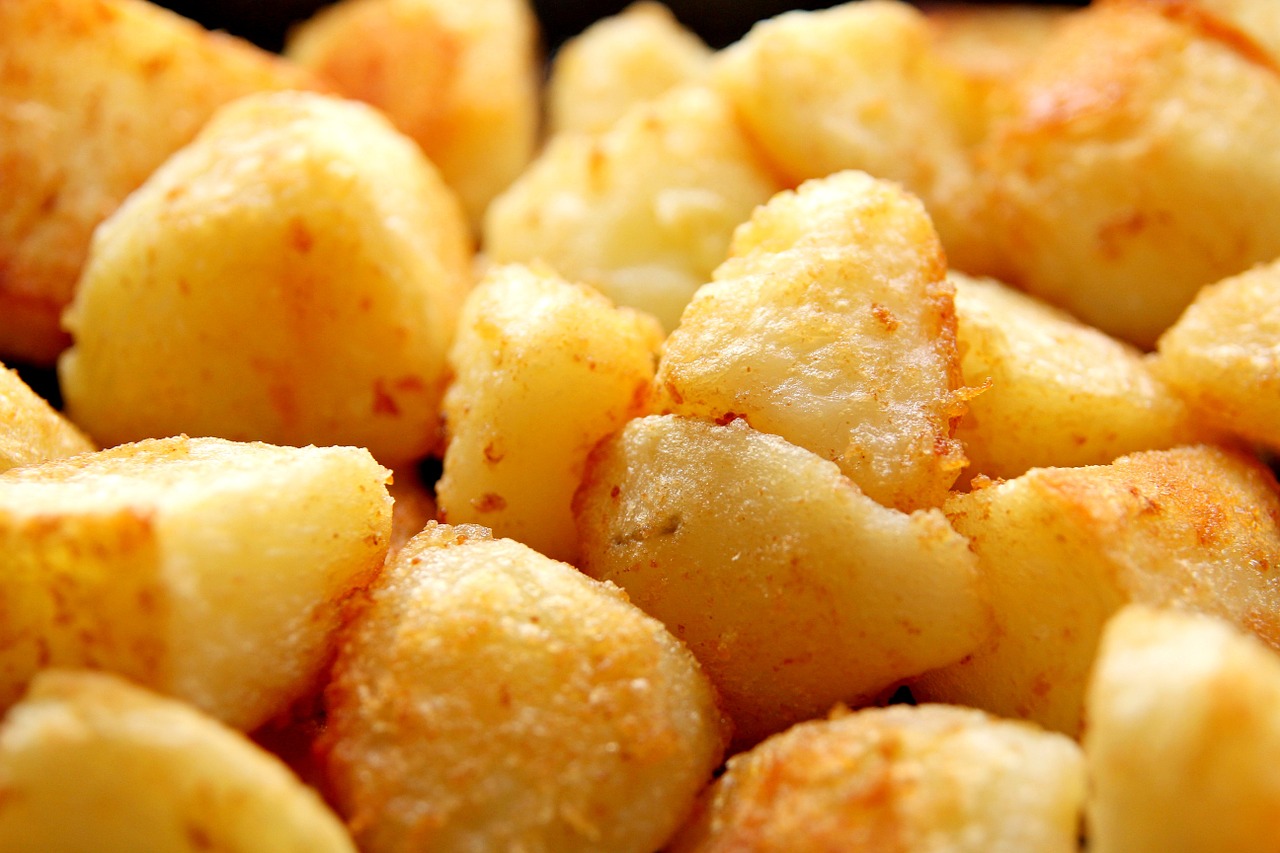 I should think the entire western world is now afraid to eat their roast potatoes.  This comes after the international media coverage  of the UK Food Standards Agency’s new campaign “"Go for Gold” , [@CABI_Health 23rd Jan ], which hopes to encourage us (UK) to reduce acrylamide in our diet by cooking starchy foods to a pale golden colour and no further.

Speaking as someone who spent nearly 20 years in labs handling acrylamide on a daily basis (for analysing proteins), I can’t say I am too worried about the acrylamide content of my Sunday lunch roast potatoes  and burning my toast.

But what about the general public? Should they be nervous…so what is behind the UK Food Standards Agency (FSA) campaign?

A total diet study differs from other food surveys in that foods are firstly prepared and cooked for consumption. The aim of TDS-2014 was to estimate dietary exposure to contaminants for population age groups: it assessed 138 food categories, and for each category pooled food items collected from 24 UK towns.

Acrylamide occurs naturally in our diets, when starchy foods like potatoes, parsnips & bread, are cooked at high temperatures for long periods (e.g. baking, frying, toasting and roasting). The darker the colour, the more acrylamide…so the advice is go for gold[en] not burnt.

Studies in animals have shown that acrylamide in their diet can damage DNA and so this means it can cause cancer. Studies in people are inconclusive.

EFSA, based on the animal studies, has defined a safe level of dietary acrylamide for humans: if we go over it, they can extrapolate an increased lifetime risk of cancer to humans.

The FSA has worked with the food industry to reduce acrylamide in UK food products (crisps, cereals etc) and has brought it down an average 30% between 2007 and 2015.

TDS-2014 states that “The results of the survey do not increase concern with respect to acrylamide in the UK diet but do reinforce FSA advice to consumers and our efforts to support the food industry in reducing acrylamide levels.”

So basically, there is no need for additional worry. In order to reduce acrylamide further, it’s simply now the turn of consumers and home cooking to heed the FSA.

Against a background of other factors which have been proven in humans to increase cancer risk, dietary acrylamide is of peripheral concern.

Have we forgotten alcohol, tobacco smoking, air pollution and obesity?

All of these are known to have a greater risk for cancers than dietary acrylamide. Beyond cancer, they also have impact on your lifespan and quality of life, and the body of research is extensive. For instance, the obesity link is so well established that we now have studies on cancer risk and the length of time you are overweight

Here are some facts & figures on these more pressing risk factors:

And finally, will the FSA campaign achieve its goal?

I think this anti-acrylamide campaign might gain traction with couch potatoes, as its easier to lightly brown your toast or “gold” your roast potatoes and chips than it is to completely overhaul your diet and exercise levels!

Hopefully, the more thoughtful will not be lulled but focus instead on those factors in their diet and lifestyle which have the potential to make the maximum impact on their cancer risk and indeed their entire health.

So says she, as she dials down the timer on the toaster and promises herself fervently to take additional exercise this week, or this month. For now I don’t dash around a lab burning the calories but sit behind a computer screen typing.

Is Burnt Toast Bad for You? The Science of Cancer and Acrylamide

Browned chips and toast have a 'potential to cause cancer'

Photographing food can help dietitians assess diets more easily. Photo by Ruth Hartnup There’s been a thing on social media for a while of photographing what you’re about to eat – whether it’s to brag about what fancy restaurants you go to or to show o…