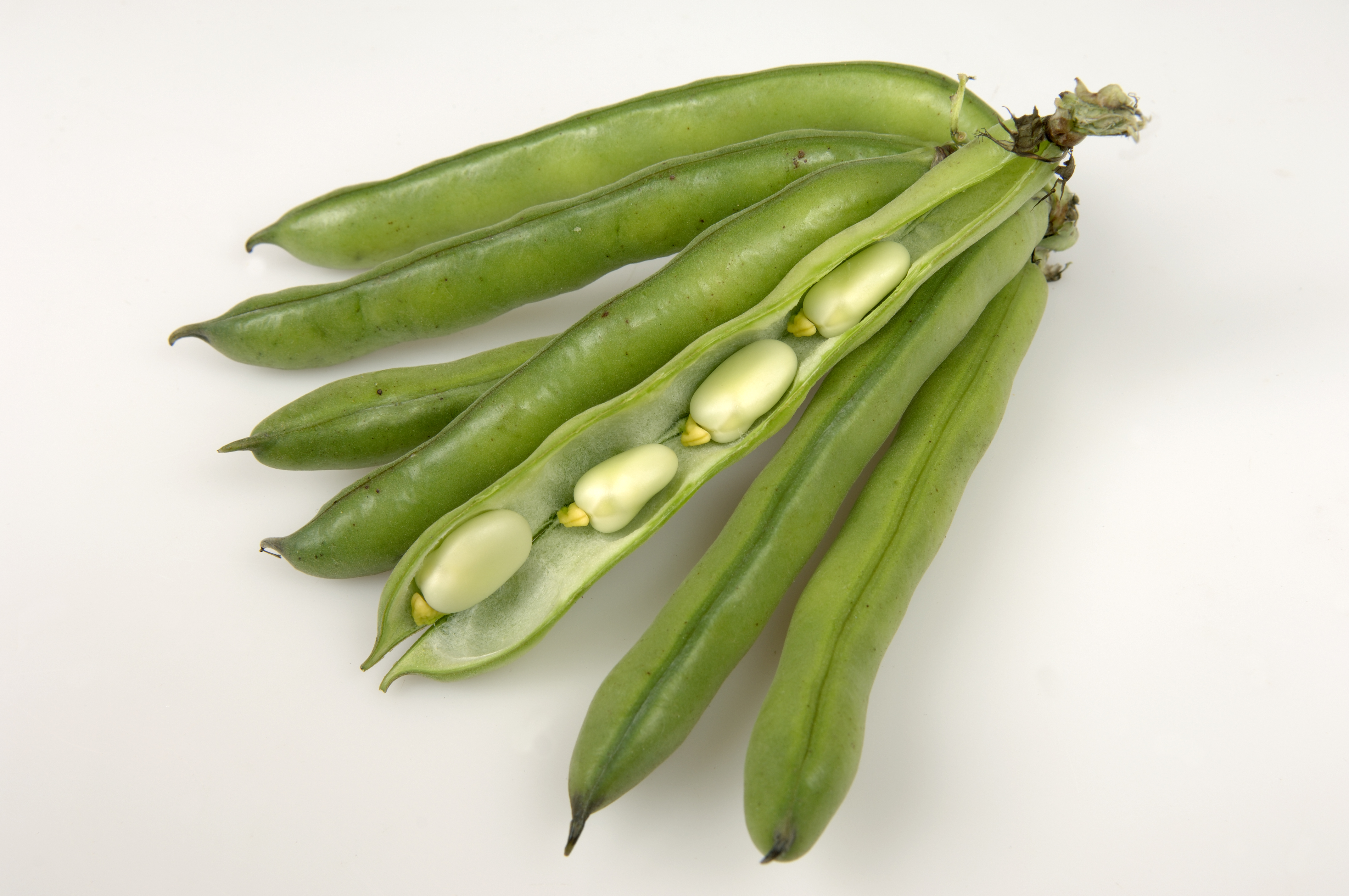 It has never been a better time to look again at the wonderful value of peas and beans. As vegetable crops, and as dried seeds (pulses), they have been a staple food for many developing civilizations for many years. At last we are seeing the health benefits of increasing the amount of peas and beans in our developed diets.

Peas and beans are members of a huge family of plants known as legumes and one of their greatest attributes in growing is that they can fix enough nitrogen from the air to utilise during the whole growing season. They do this through a symbiotic association between the roots and soil inhabiting bacteria. The bacteria invade the roots of legumes and fix atmospheric nitrogen from which is then available to the legume plants. When peas or beans are grown in an arable crop rotation, the crop immediately following them also benefits from the residue of nitrogen left in the soil and released as the old legume roots break down. This means that growers are not reliant on the application of nitrogen fertilisers to peas and beans which reduces the amount of nitrous oxide emissions over the whole cropping system.

As a food, they are high in protein and low in fats, making them an important part of a meat-reduced diet. In dried form, both peas and faba beans can be used to substitute soya bean meal in livestock rations and also can replace some of the animal based protein that is used in both agriculture and aquaculture.

Peas and beans were grown in many areas of the developing world thousands of years ago. The ancestors of modern types were a staple food. The first types of peas were long trailing plants originating from North Africa and the first faba beans originated in the Middle East and Mediterranean area. Early forms of Phaseolus beans were from South America and gradually peas and beans were traded and are now grown in most parts of the world. 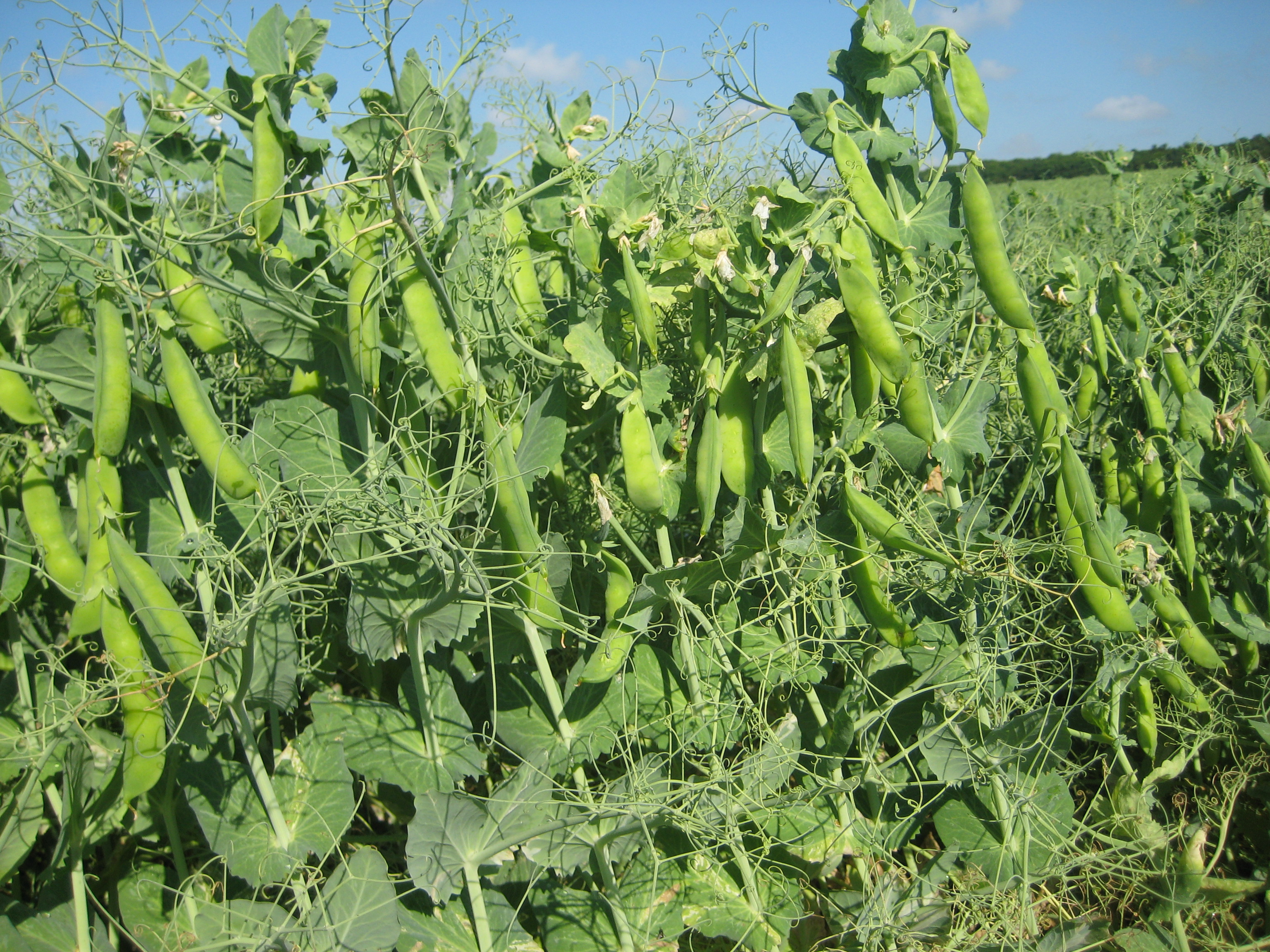 Up to this day, peas and beans remain important crops in developing subtropical and tropical areas but the development of types and varieties suitable for a range of growing areas has been relatively slow. Traditional selection methods have now been accelerated by the utilisation of modern breeding techniques. Faba bean varieties are now less tall and higher yielding with an earlier harvest date. Peas have been bred with reduced foliage by replacing the leaflets with tendrils. This results in crops that can stand upright in the field for longer with increased disease resistance, assisting mechanical harvesting. Dried Phaseolus beans have been developed with higher yields and greater disease resistance and with seed types of a wide range of colour and seed size for a wide variety of food uses. 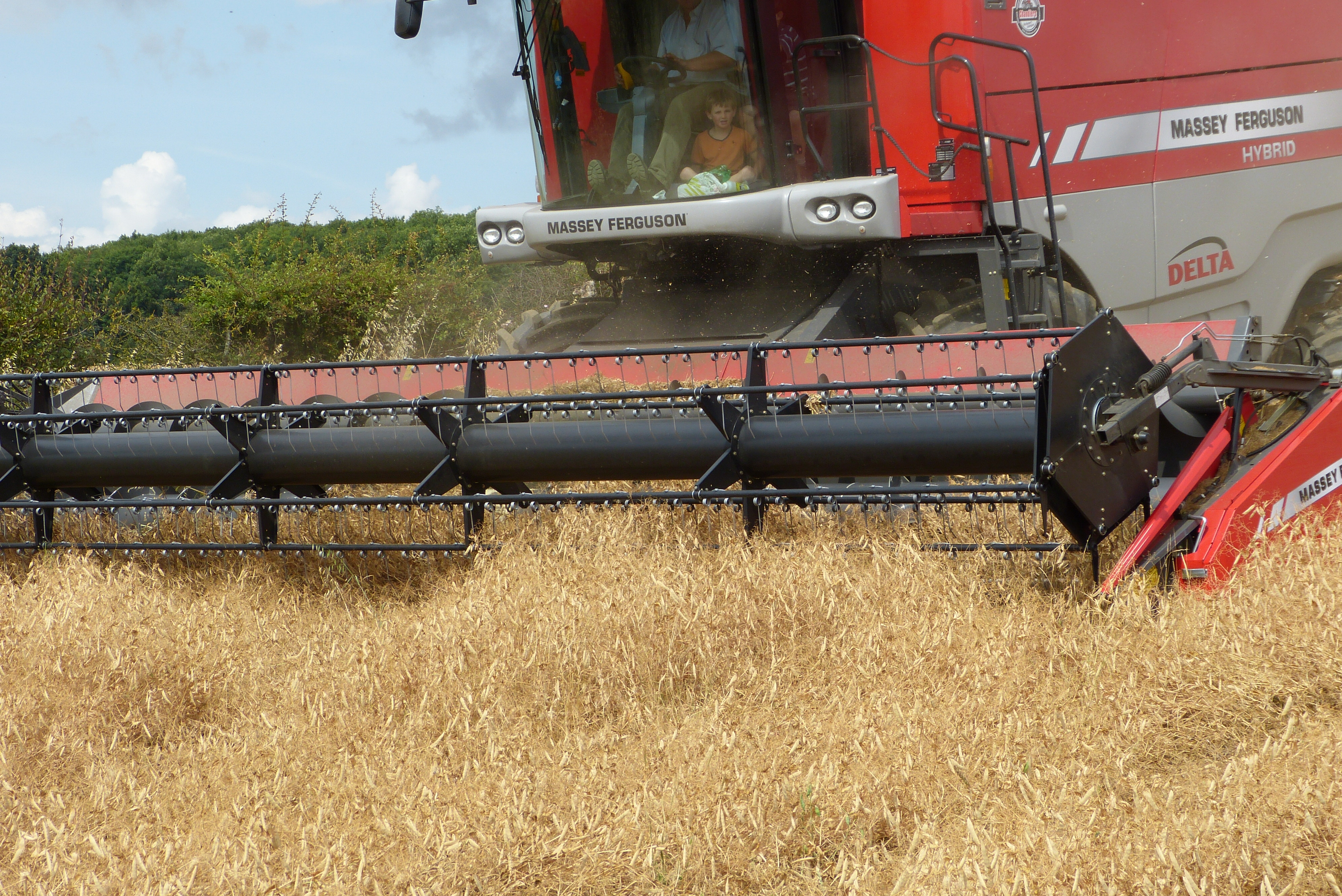 In recent years, modern varieties and improved husbandry techniques have encouraged large scale production in intensive agriculture, whilst advances in harvesting and processing have made the vegetable forms of peas, green beans and broad beans, valuable for both fresh market consumption and frozen or canned products. The versatility of varieties of peas and faba beans as dried pulses have made them a more reliable crop for temperate arable production, with an increasing market for both livestock and fish farming.

The value of growing peas and beans cannot be over-estimated as they are about as sustainable as any crop can be.

In human diets, they are a terrific source of protein, which is also gluten free, high in minerals and a source of vitamin C when consumed fresh.

As a healthy option, peas and beans are less fattening and contain starch and fibre. What is there not to like?

If you want to learn more about peas and beans, Anthony J Biddle’s book is available to buy from the CABI Bookshop. 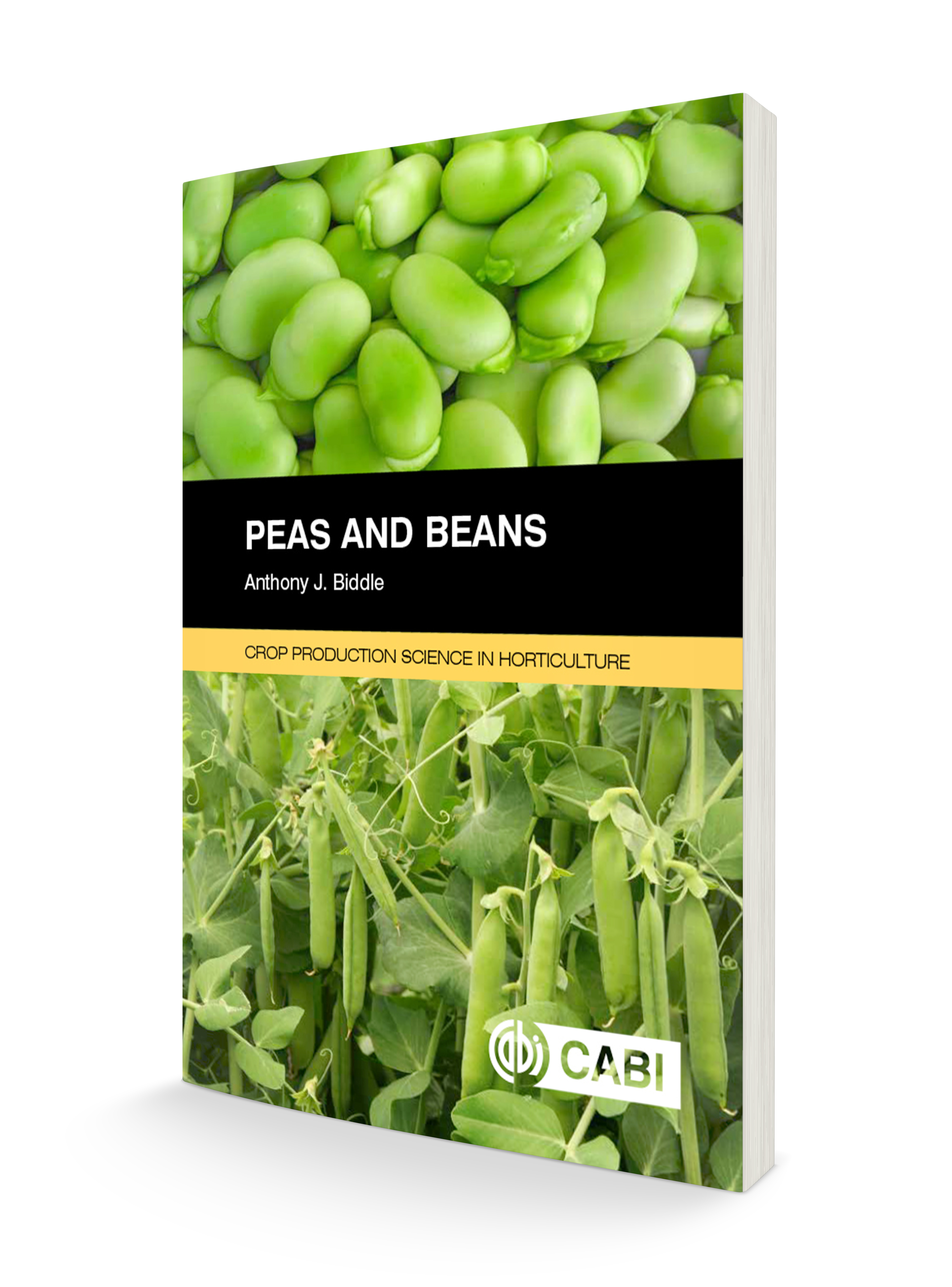 By Duncan Sones. Originally published on Spore. A quiet revolution in fertiliser recommendations has led to the development of a phone app that could make a positive contribution to tackling Africa’s depleted soil and supporting the growing demand for… 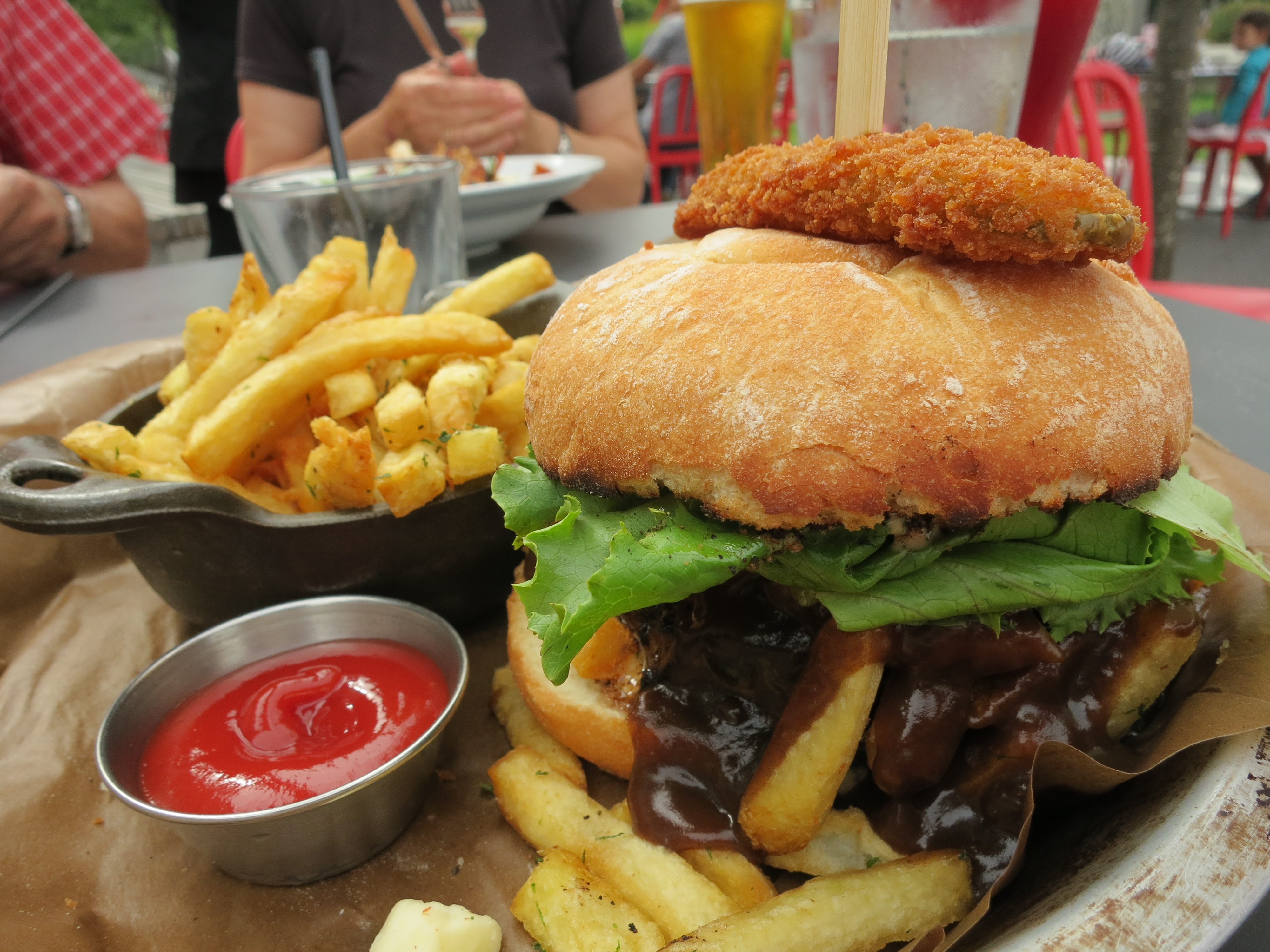