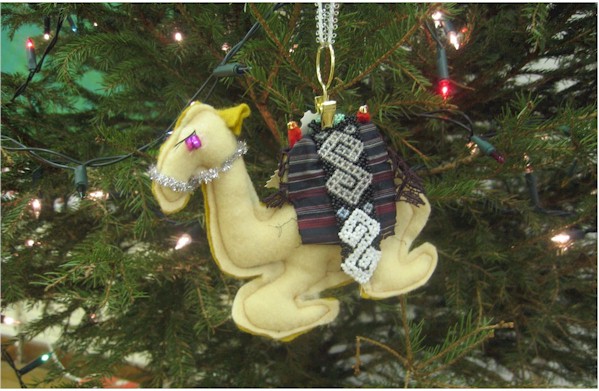 My daughter decided to make this camel for the annual school Xmas tree competition. To her, at age 11, camels are “cuddly” and linked to the Three Wise Men, part of the Christmas Story. To me, whilst overseeing her sewing efforts, I’d made the link to the 2 empty packets sitting on my desk waiting for me to write a global health blog.

You can see them either side here… 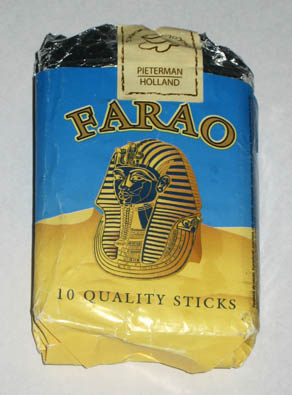 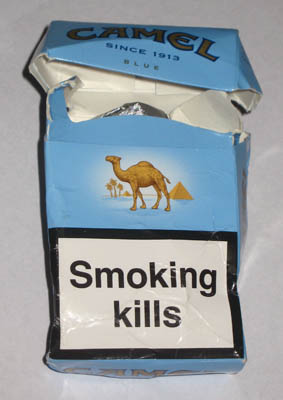 They are cigarette packets but actually only one has ever contained tobacco…can you tell which? Of course you can: it's the one which says Smoking Kills. But that's a UK packet, you don't see that message dominating on packets sold elsewhere…And you have to be able to read.

And that’s the point.

This is marketing at its best… the package shape and silver foil construction, the  same azure blue sky (it really is), the association of Camel or Sphinx with the romance of Egypt and the  yellow desert: these link the two packets to each other & therefore their contents. But the packet with the Sphinx contained chocolate sticks covered in rice paper, accurate copies of adult cigarettes, and was purchased by my daughter from her favourite sweet shop. She loved them; I objected.

And I had to explain why, because she didn’t know. She had not made the connection.

But I had. When I was a child, pink-tipped white candy sticks were my favourite and I knew that they were a kids' version of adult cigarettes.  Kids love to pretend to be adults. The reason I knew of course was that THEN many adults including my father smoked. I even used to buy him mini-cigars for Xmas, despite the fact that I loathed the smell (it made me feel sick). The white candy sticks are still on sale but they are poor imitations of cigarettes so the link to smoking is now so remote that I’ve not be too worried.

Sphinx candy sticks are a different matter. They operate on a much subtler level.

We are still trying to stop children and adolescents from taking up tobacco smoking, even though overall adult smoking is in decline and is reinforced by the ban on smoking in public places in many European countries (Although Belgium has just relaxed that!).

New health risks for smokers are still being identified(1).

When I explained to my daughter that they were copies of cigarettes and could be seen as a way to make cigarettes acceptable , she  was shocked. She does not like to see adults smoking as she says “it’s bad for their health, why are they doing it?”

You may think that means the antismoking lobby is winning the campaign but tobacco companies are still out there. They target developing countries (2) and Eastern Europe with cheap cigarettes. Countries like Greece and Spain still find it acceptable. Women are a market.(3)

To counter the health issues and loss of sales in the western world, they developed smokeless flavoured tobacco products. Scandinavian readers will know  of a traditional form called snus.

Last year a new generation of these, which are dissolvable,  were brought to market under the brand Camel (the same brand as the cigarette packet above). There are orbs and strips that look like breath fresheners (you know, Tic-Tacs) and there are sticks & pouches for use between the upper lip and gum (which is how snus has always been used).

All of these are aimed at getting around the no-smoking ban in public places. Adult users should know that this form of tobacco comes with its own health risks for them (oral cancer, heart disease(4))  but also one for their kids.

A study from the Tobacco Control Research Group at Harvard School of Public Health (5) found that accidental ingestion of smokeless products are the 2nd most common cauxe of nicotine poisoning in children in the US (the 1st is cigarettes). 70% of accidental tobacco ingestion (whatever form) was in infants <1year old.  That was before these new candy look-alikes came onto the market, flavoured with cinnamon and mint, so the expectation is that the incidence will only increase. And of course adolescents could also develop a liking for these flavours & the nicotine they mask… the same study noted a 6% increase in use of smokeless tobacco by adolescents from 2002-2006.

Following my explanation, my daughter  went off the Sphinx candy and onto freezedried icecream…don’t ask! (I have  had dark thoughts about this as I was once authoritatively told that it's the manufacturer's ideal food  product, being 70% air, sold at a premium price, and now that’s its freezedried ,  it will incur reduced costs on packaging and storage, and opens a new product market).

And as for making tobacco products resemble candy….a higher power than I is already being focused on them in the US, namely the FDA. They’d better not turn up in a shop near me…

There are 319 records on smokeless tobacco and snus, increasing every year from 2003 onwards. On tobacco smoking, its 17,618 records.