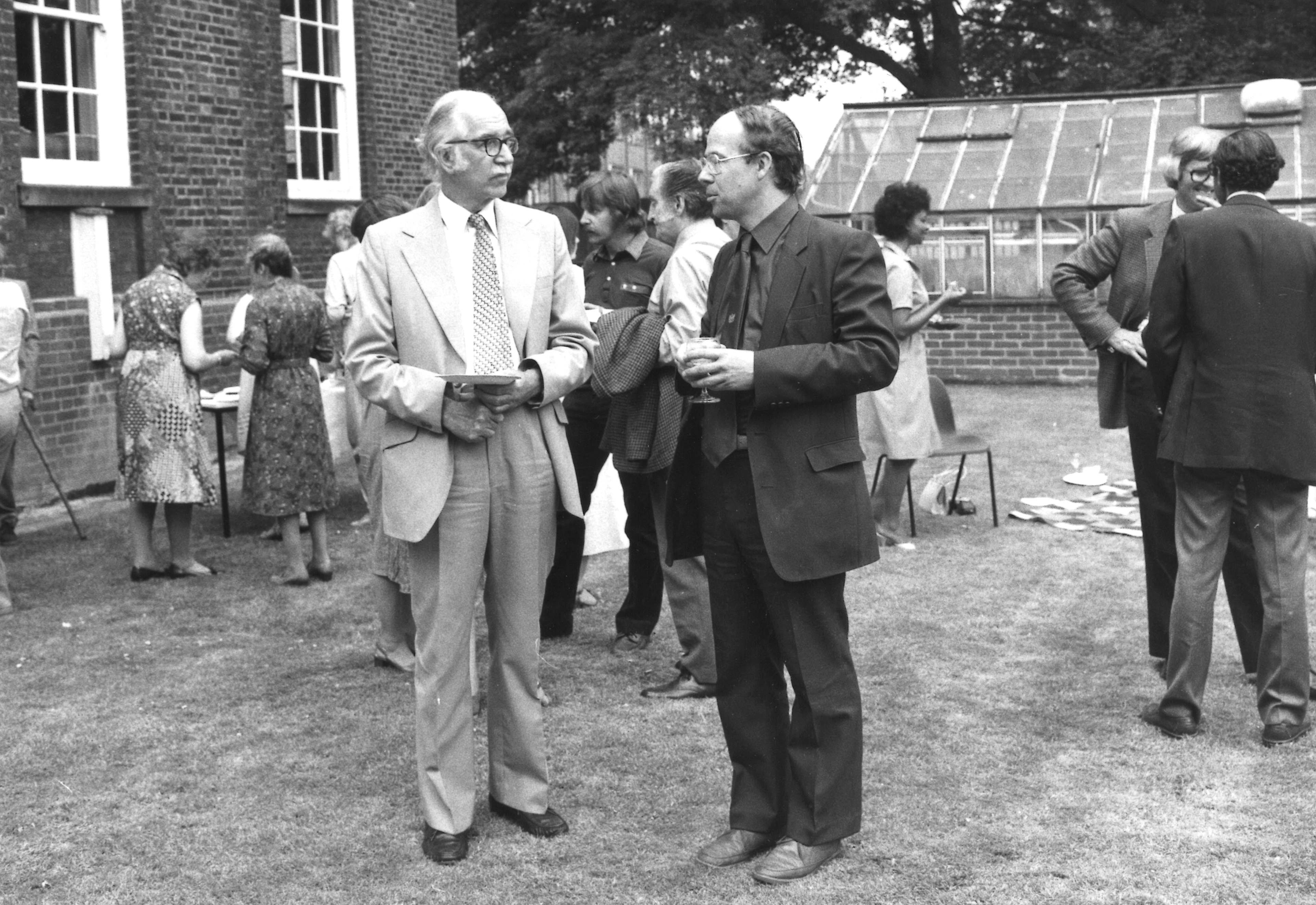 Anthony Johnston (left) was Director Commonwealth Mycological Institute between 1968 to 1983. He was instrumental in the changeover from manual to computerised production of abstract journals and setting up a computer database with an online retrieval service.

It was sad to hear of the passing of Anthony Johnston, a plant pathologist and former Director of the Commonwealth Mycological Institute (CMI) 1968-1983. He is fondly remembered by his colleagues, some of whom are still working at CAB International (originally CAB – Commonwealth Agricultural Bureaux) which was the parent organisation of the Institute.

After a postgraduate year at the Imperial College of Tropical Agriculture in Trinidad, Anthony went to Malaya in 1946 as a Plant Pathologist in the Department of Agriculture, later to become Senior Plant Pathologist.  He worked mainly on fungal and bacterial diseases of a wide range of tropical crops, particularly rice, tea, pineapple and palms. In 1958 he became FAO Regional Plant Protection Specialist for the UN at the FAO Regional Office in Bangkok, Thailand and travelled widely advising on plant quarantine, plant protection and carrying out plant disease surveys.

Anthony joined the CMI in 1965 as assistant Director and took over from Geoffrey Ainsworth as Director in 1968. He was instrumental in the changeover from manual to computerised production of abstract journals and setting up a computer database with an on-line retrieval service. 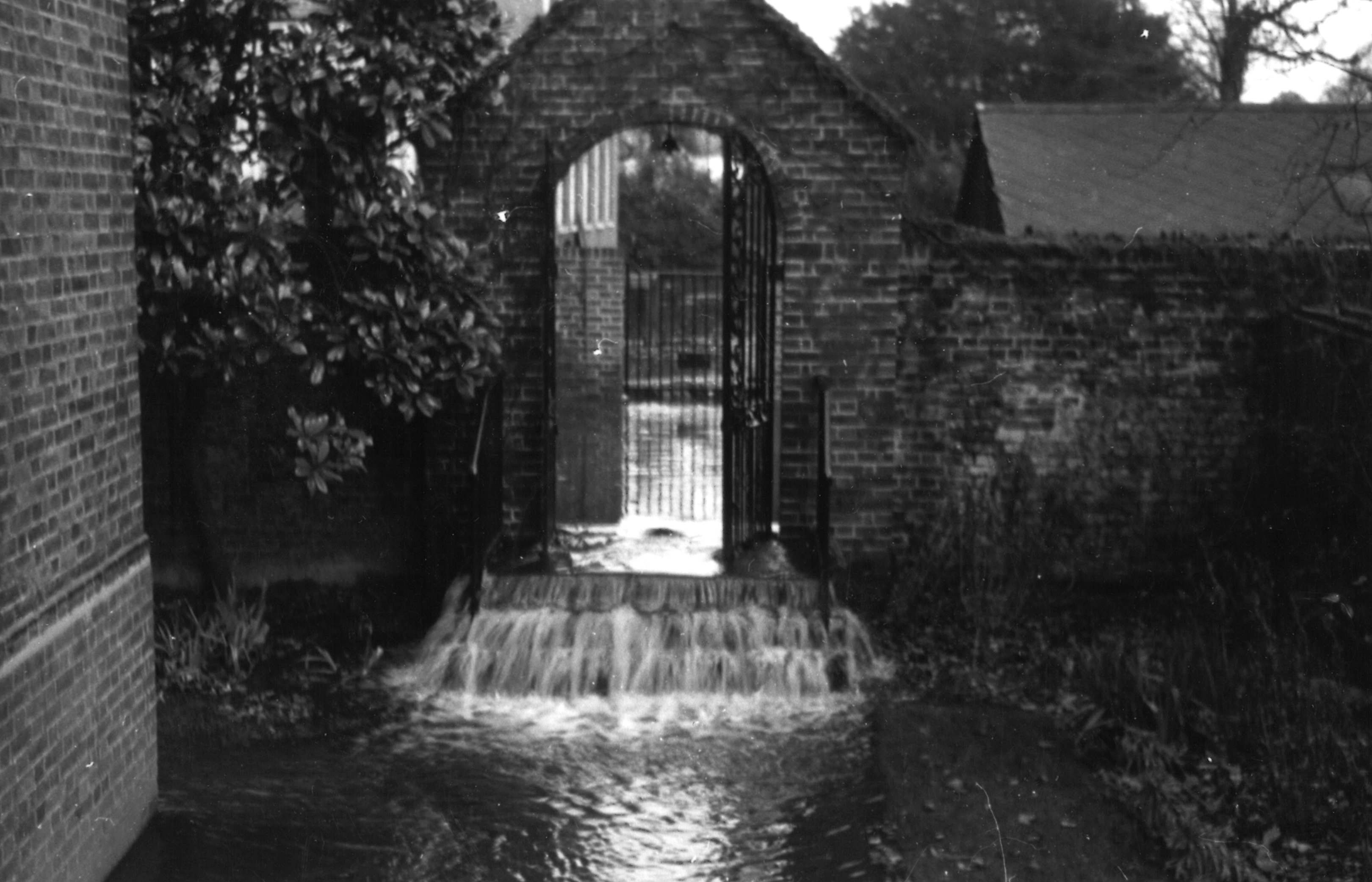 Flooding of the Thames at Kew – one of Mr Johnston’s abiding memories from 1968.

Anthony spoke of his first visit to CMI in early 1946, then again in 1954 in his reminiscences in the book IMI Retrospect and Prospect and had fond memories of the warm welcome he received. His abiding memory of 1968 was the flooding of the Thames at Kew, with water surging into the grounds of CMI and young female staff, technicians and clericals wading through cold water to build a bridge out of tables planks and stools so that he and other staff could cross Ferry Lane without getting wet. When he took over as Director the staff had been enlarged to nine Scientific Information Officers, eight Mycologists and a Bacteriologist.

By the time he became Director, the old ‘Colonial Pool of Plant Pathologists’, which was based at the CMI, had already dried up. However, this was soon to be replaced by a Plant Pathology Liaison unit funded on a contract basis by the then Overseas Development Ministry. Anthony’s close links with the many UK plant pathologists then working overseas, many of whom often visited CMI, and with the Ministry helped to secure this. He took a keen interest in our monthly briefings with him and helped to secure further contracts until 1979 when the unit was put on a more permanent footing and additional research activities and associated contracts obtained. Thus, he played a seminal role in the initiation of what was to become a major source of funding for the Institute. 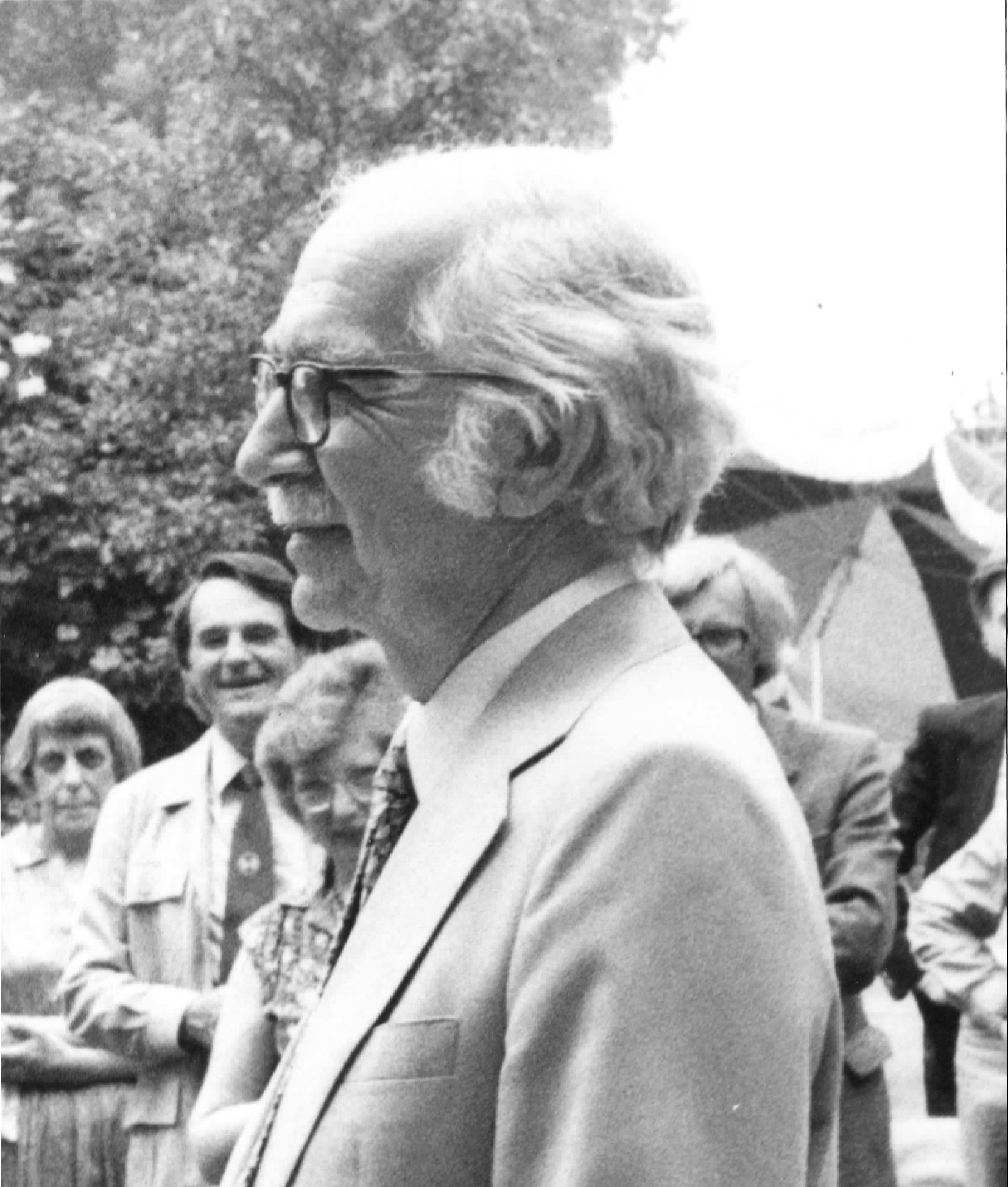 Anthony Johnston – remembered by CABI staff, including Dr David Smith who has been employed at CABI for over 45 years.

Agnes Onions recalled when the CMI were examining strains of Rank Hovis (at the time) fungal protein project to produce ‘Quorn’ that they were fascinated to see bubbling fermenters, computer monitoring and the whole manufacture. They were offered burgers to sample, Johnston smiled and said “Ladies first”.

By 1968, accommodation at CMI was very cramped but in 1975 a new building was completed to house the culture collection. Anthony was instrumental in ensuring that a teaching laboratory was made available to continue and to expand CMI’s teaching of mycology and plant pathology. He retired on 27 June 1983 after three years as Assistant Director and nearly 15 years as Director. Just before he retired, a second edition of the Plant Pathologist’s Pocket Book was published and he planned to continue his wide interests in tropical plant pathology.

In his reminiscences in the book ‘IMI Retrospect and Prospect, Principal Mycologist’, Martin Ellis recalls that Anthony was a very experienced tropical plant pathologist who did much to advance the interests of plant pathologists.  He went on to say: “He was a very pleasant man to work with and his wife was very good at entertaining.” His old colleagues retain fond memories and feel privileged to have worked with him and to have known him.