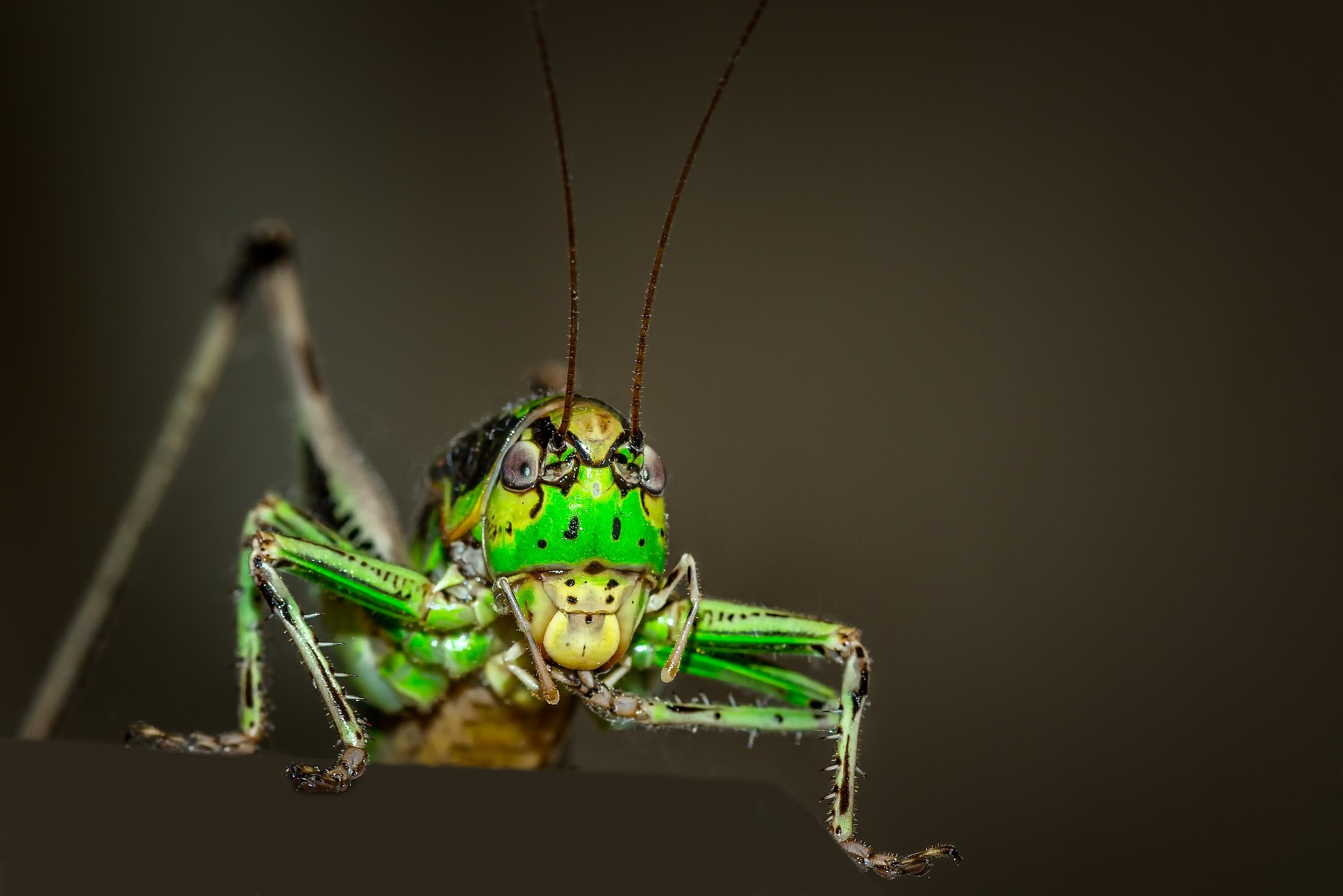 Crickets have 75 percent the antioxidant power of fresh orange juice, according to new study

A recent study by Professor Mauro Serafini from University of Teramo, Italy, revealed antioxidant levels in multiple, commercially available insects, which proved grasshoppers, silkworms and crickets to be the highest.

Found on every continent except for Antarctica, grasshoppers are a staple in the diets of animals all over the world such as birds, spiders, snakes, rodents and even other insects. However, after this study it is coming to light that these insects could be even more advantageous to the human diet than we had previously thought.

This is literally food for thought especially as there are multiple types of commercially available insects to eat such as that from the company ‘Eat Grub’ which states that “Edible insects are the original superfood” and offer a wide variety of flavoured crickets, mealworms and grasshoppers. As well as this, a restaurant in Pembrokeshire called ‘Grub Kitchen’ promotes the practice of entomophagy (the practice of eating insects by humans) on its menu.

According to Prof Mauro Serafini: “At least 2 billion people – a quarter of the world’s population – regularly eat insects” as they are deemed a sustainable alternative to meat and animal products and in parts of the western world, they are reluctantly being introduced.

It is well known amongst many that edible insects can provide you with many vitamins, fibre and protein. But until now, their qualities have never been compared with food and drink that humans consume regularly as a part of our diet: orange juice and olive oil. 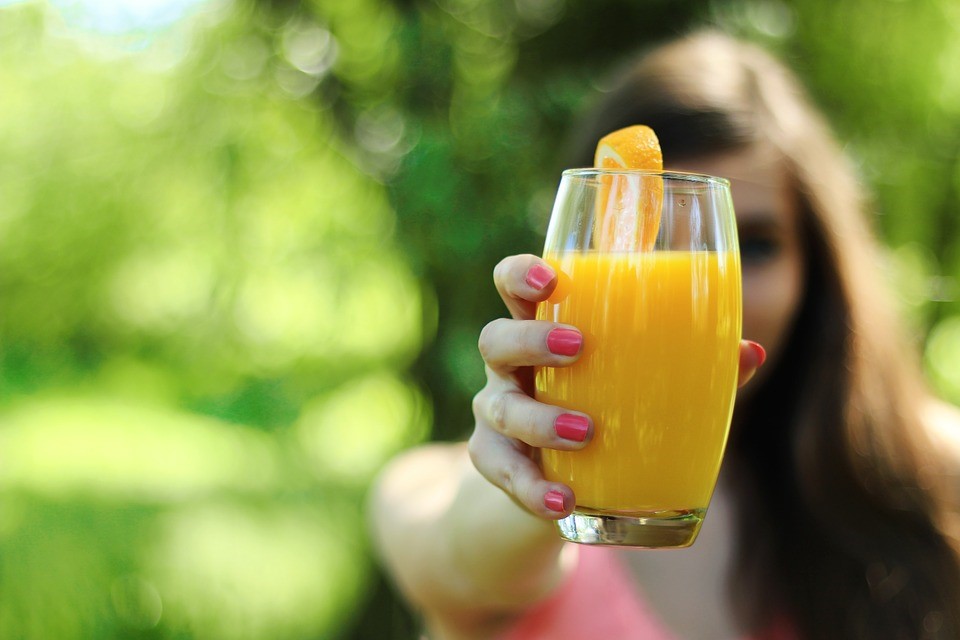 Orange juice contains lots of nutrients and vitamins beneficial for human health including potassium, magnesium and more than enough vitamin C to fill an adult’s suggested daily intake in one glass. It also has the ability to reduce bad cholesterol in the body, while increasing good cholesterol.

Whilst there are many benefits of drinking orange juice, one of the strikingly interesting properties about the nutritional value of grasshoppers is that they contain very similar, high levels of antioxidants as shown in the graph below amongst many other insects. 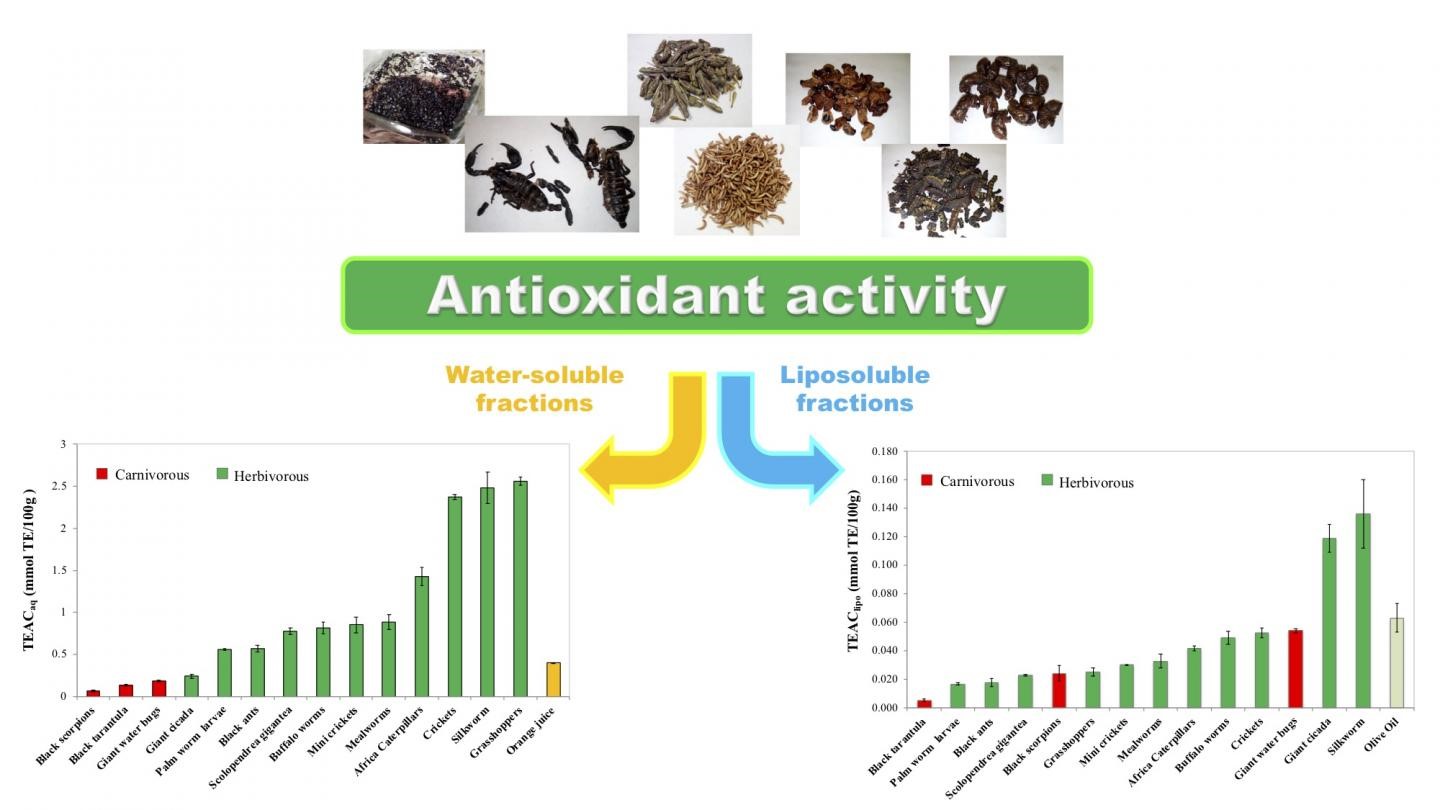 Antioxidants are substances within the body which help to repair cells and remove the waste products from them which are called free radicals. High levels of free radicals in the body can damage DNA and so there is evidence that suggests antioxidants help to fight illnesses like cancer and heart disease.

Published in Frontiers of Nutrition, this study showed that crickets have 75% of the antioxidant power as fresh orange juice along with many other benefits such as their minimal carbon footprint compared to livestock. Furthermore, “Fat from giant cicadas and silkworms showed twice the antioxidant activity of olive oil” said Serafini. Overall, these results prove a variety of edible insects to be equally, if not more nutritional and beneficial than day-to-day healthy foods.

The study involved the inedible parts of the commercially available insects being removed, and what was left was ground up, then had two parts extracted for each species: the fat and water-soluble substances. Both extracts were then tested for antioxidant content and activity, showing that the water-soluble extracts of grasshoppers, silkworms and crickets had the highest antioxidant capacity.

Another conclusion drawn from this test was that the herbivorous insects had the highest values, compared to carnivores.

It seems as though entomophagy could be expanded across the UK and the rest of the world after the discovery and “promising results” of high nutritional properties and antioxidants in insects found from this study, according to Serafini. He added: “In the future, we might also adapt dietary regimens for insect rearing in order to increase their antioxidant content for animal or human consumption.”

Video – Should we all be Eating Insects?

Find out more about CABI’s work to promote insects for feed for animals.

Insects as a source of protein