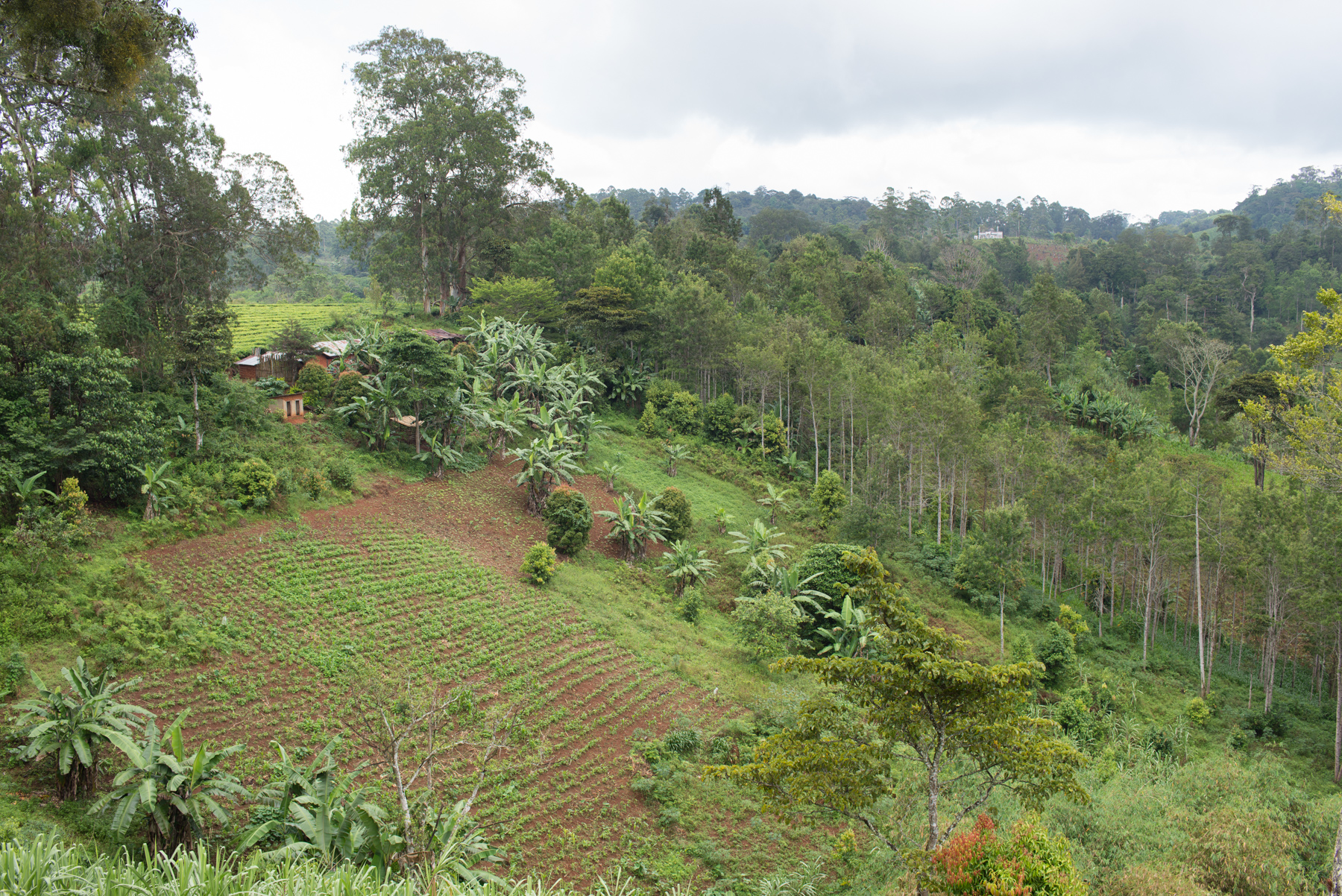 CABI scientists Luca Heeb, Dr Emma Jenner and Dr Matthew Cock, have issued a stark reminder to the world – we must embrace climate-smart pest management (CSPM) if we are to ensure the food security of a global population predicted to reach 10 billion by 2050.

In the paper ‘Climate-smart pest management: building resilience of farms and landscapes to changing pest threats’, published in the Journal of Pest Science, Heeb et al highlight that climate change is having a significant impact upon the biology, distribution and outbreak potential of crops pests around the world.

They suggest that while up to 40% of the world’s food supply is already lost to crop pests, the need to reduce their impact to ensure global food security has never been so great. Reducing such food losses can also present the co-benefits of a reduced use of agro-inputs and a decrease in direct greenhouse gas emissions from agricultural production, thereby also contributing to climate change mitigation.

Mr Heeb said, “Climate change is causing global shifts in temperature, precipitation patterns, as well as an increase in unpredictable, extreme weather patterns. It is already known that climate change has a significant impact on global crop yields and will continue to do so into the future.

“It is also important to recognise that climate change is influencing the distribution and severity of crop pests, as well as pest management strategies. Although general predictions remain difficult, it is expected that pest problems are likely to become more unpredictable and larger in amplitude under a changing climate.”

The Food and Agriculture Organisation (FAO) of the United Nations estimates that global food production will need to increase by 60% by mid-century in order to satisfy the needs of the growing world population and their changing diets.

“While we advocate the implementation of climate-smart strategies to mitigate the threats posed by crops pests and their impacts exacerbated by climate change, these can only be effective with the necessary political will and support of multiple stakeholders,” Mr Heeb added. “One of the reasons for CABI developing the concept of Climate-Smart Pest Management was to support policymakers in embedding climate-responsive pest management strategies into national adaptation planning and implementation. It is anticipated that CSPM can be considered as a vehicle for achieving their national commitments under the Paris Agreement, as defined in their Nationally Determined Contributions (NDCs).” 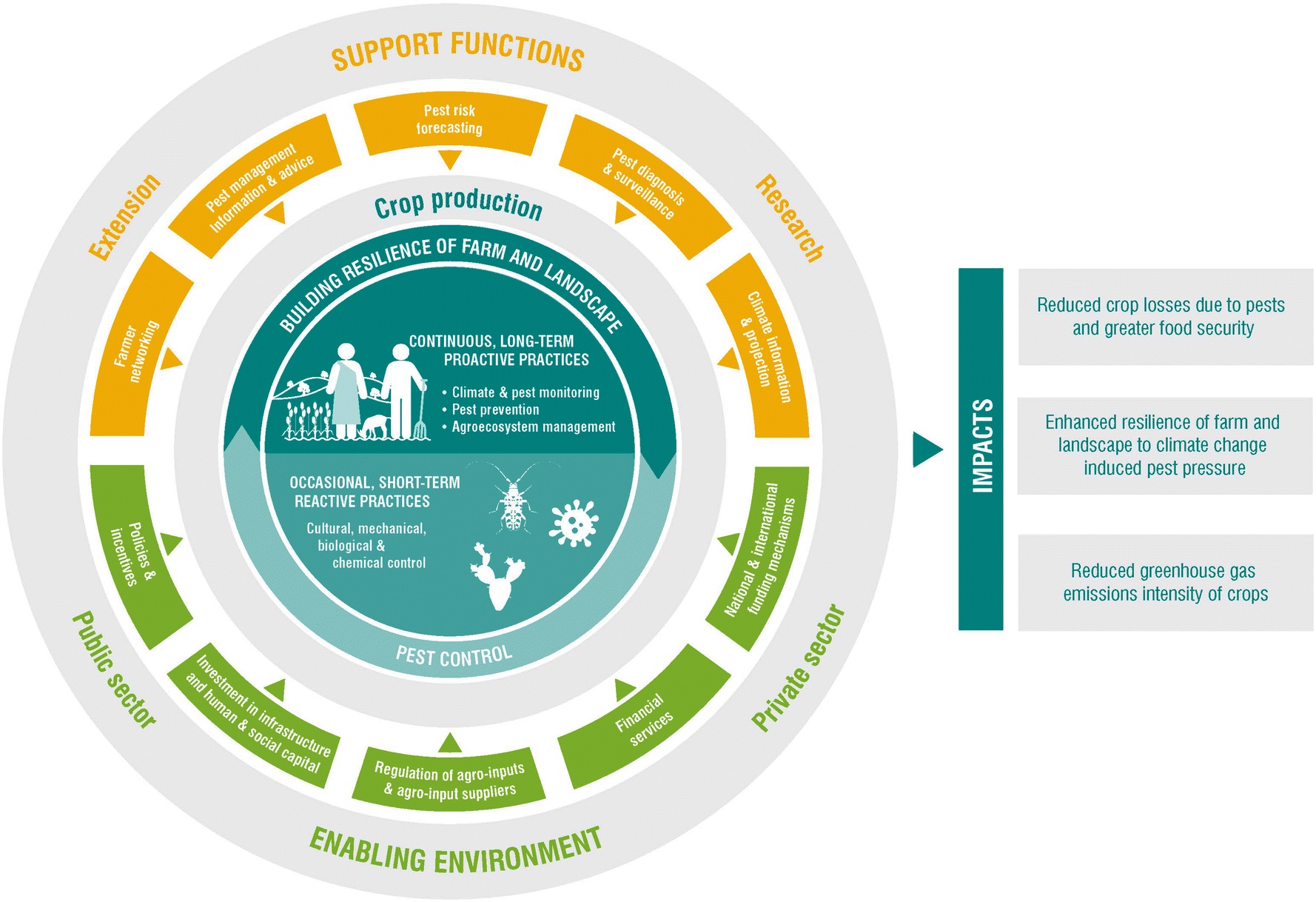 The approach of CSPM seeks to support farmers, extension workers, scientists and public and private sector stakeholders to act in coordination and at scale to reorient pest management approaches and develop an appropriate enabling environment to manage evolving climate change-induced pest threats and invasions more effectively.

The scientists argue that without effective monitoring and management systems in place, new invasive species (such as the recent arrival of the Fall armyworm in China) will continue to appear in new areas and establish themselves in conflict with native ecosystems and threaten staple food stuffs including rice and maize.

They extenuate the importance of building resilience of farm and landscape, the implementation of mechanical, cultural, biological and chemical pest control as well as improving farmer networks and links to technology.

The researchers also point out that there is no ‘one-size’ fits all’ strategy for CSPM, reason why a toolbox of options at different stakeholder levels (e.g. farmers, extension agents, researches) has been developed, that also supports the creating of an appropriate enabling environment to facilitate effective adoption of CSPM.

Mr Heeb said, “In order to foster adoption of CPSM practices, it will be crucial to institutionalise the approach so that it can be absorbed into national agricultural policies and /or mandatory or voluntary standards.

“We need to identify and fill knowledge gaps and implement training for decision makers to promote awareness, inclusiveness, ownership, sustainability and effective development and uptake of CSPM policies.”

Other recommendations include establishing and enhancing access to public and private financial mechanisms – including climate insurance and crop insurance – as well as national funds for developing and implementing adaptation plans that include CSPM.

The researchers give the example of the CABI-led Plantwise approach, adopted in over 30 countries around the world, which has helped build the necessary institutional capacity of the extension service and has developed technology to contribute to the detection and provision of management advice for new pests.

Figure 2, for example, demonstrates how the presence of a viral disease of maize was documented by extension agents long before it was officially reported by the national authority responsible for pest reporting, demonstrating the transformative power of information and communications technology (ICT) for information delivery, pest surveillance and resilience.

The researchers conclude that reducing the impact of pests is more important than ever not only to ensure global food security, but also to reduce greenhouse gas emissions intensity per unit of food produced. In this context, CSPM has the potential to contribute to both food security and climate change mitigation goals.