In the frame: fighting the scourge of parthenium weed in Pakistan 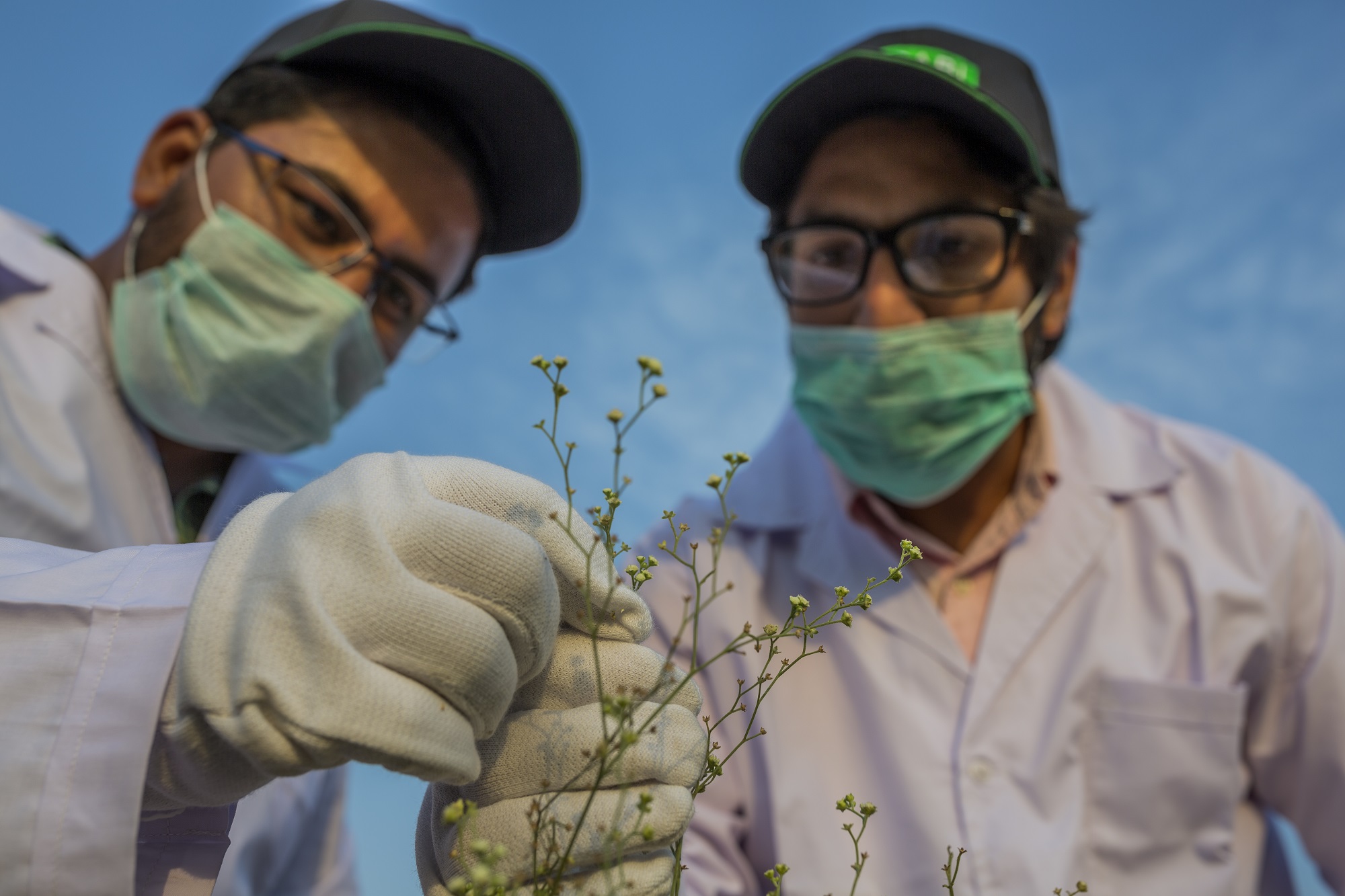 CABI scientists get to grips with the ‘superior weed’ Parthenium which in India costs around USD 6.7 billion per annum to clear from pastoral land.

CABI has recently shared its expertise in a new parthenium evidence note which highlights a list of recommendations to fight the highly-invasive weed can cause severe allergic reactions in humans and livestock, may harbour malaria-carrying mosquitoes, displace native plant species and reduce pasture carrying capacities by as much as 80% to 90%.

In this picture special, we commissioned photographer Asim Hafeez to capture CABI scientists in the field as part of research which is investigating whether or not the parthenium leaf beetle (Zygogramma bicolorata) can act as an effective biological control for parthenium which is threatening food security and livelihoods in Pakistan.

Our story focuses on one farmer’s battle with the scourge of parthenium which is perilously close to his wheat crop in Chak Beli Khan, Rawalpindi, in the Punjab region of Pakistan. 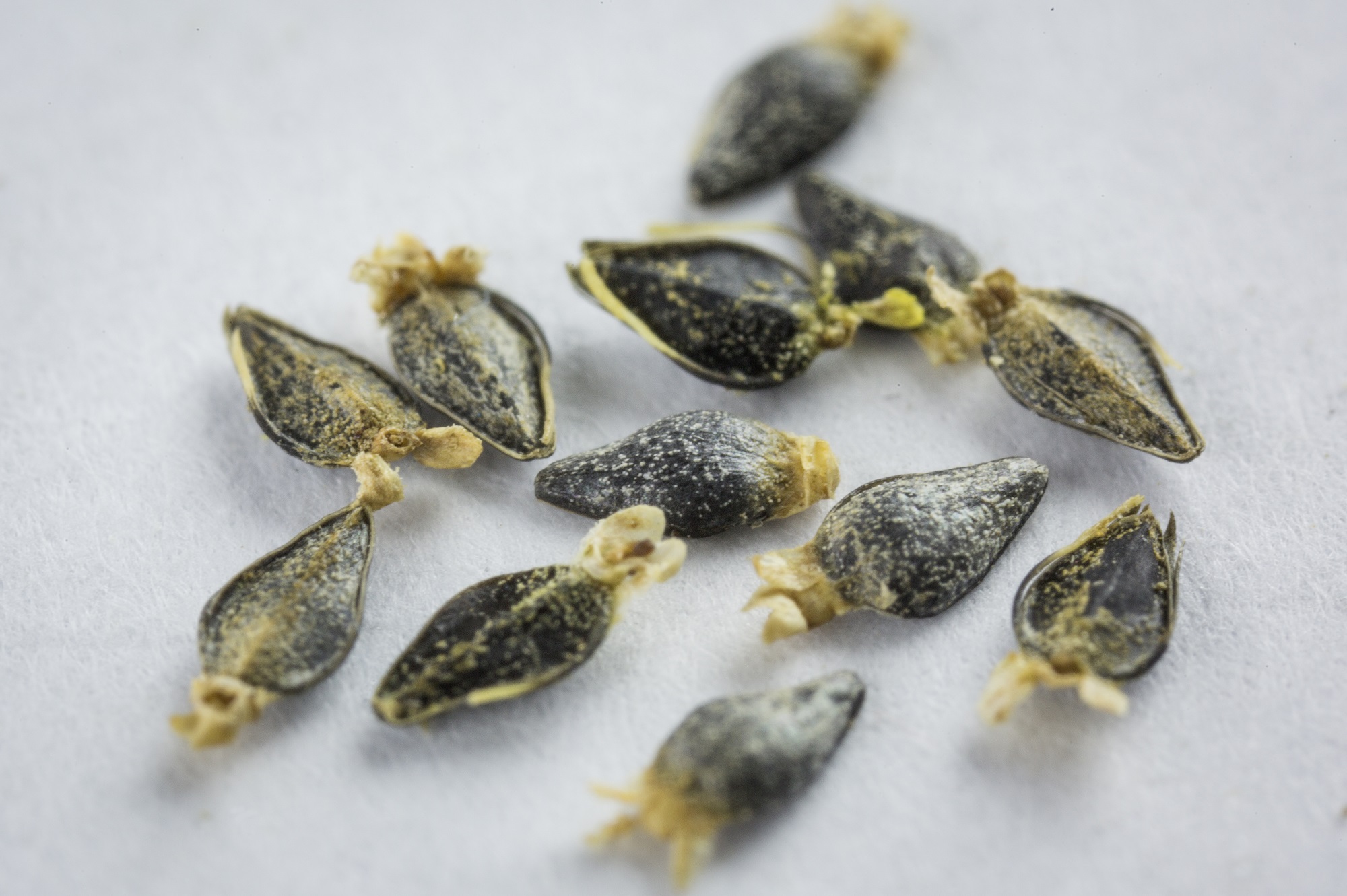 A single parthenium plant can produce as many as 30,000 seeds – a key factor in its spread to 48 countries including India and Pakistan.

Abdul Rehman, Deputy Director Programme based at CABI’s office in Pakistan, said, “Parthenium ranks in the top five weeds worldwide, is extremely prolific, and requires a management approach that will have to keep pace with its spread to limit its widespread impact on various facets of the economy and the social fabric of affected communities.” 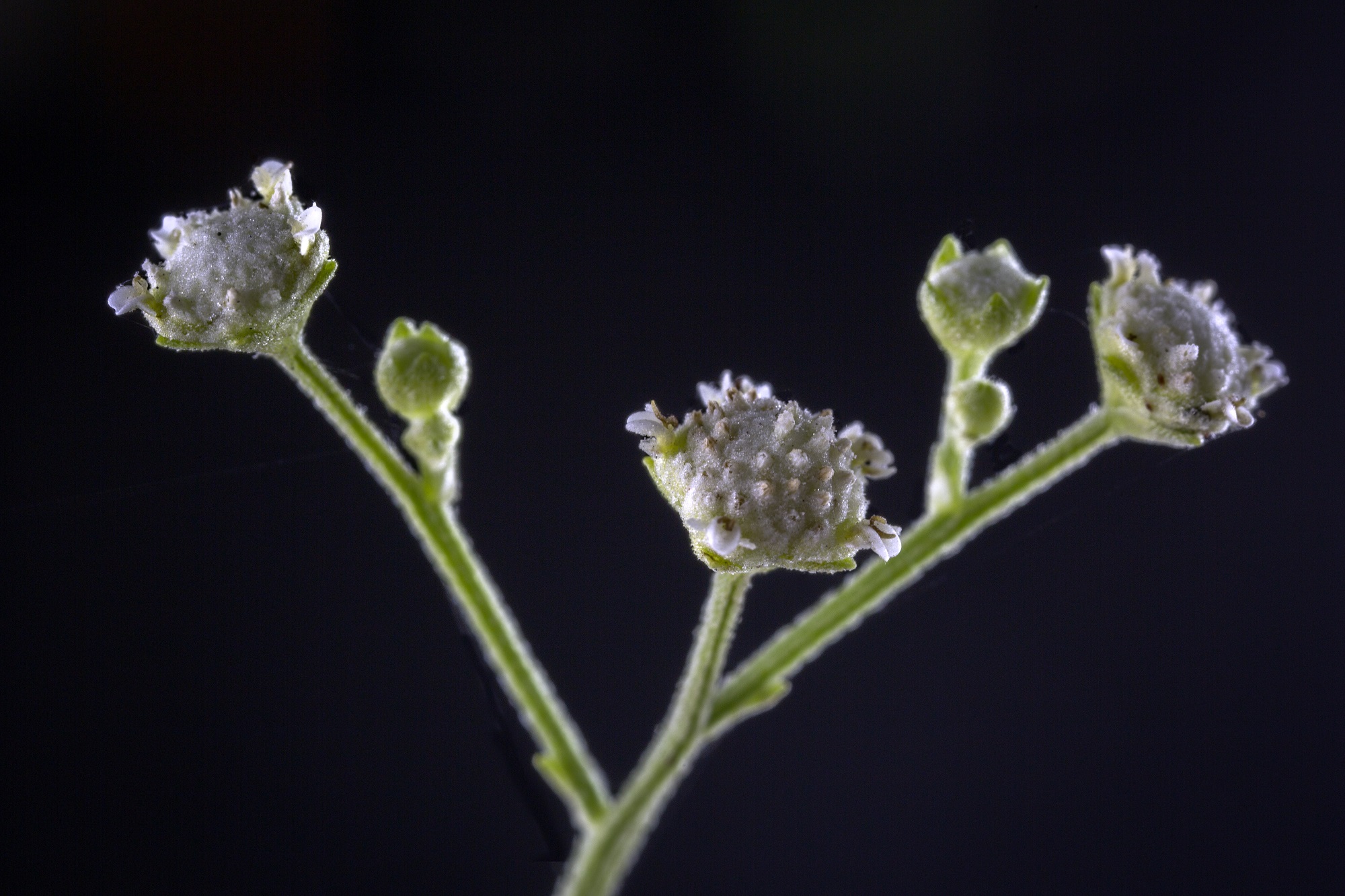 Taking root – the parthenium flowers into a pesky plant whose spread towards the southwestern Punjab also has ramifications for the area’s cotton industry.

To try and mitigate the weed, of which the scientists say there is no single measure, CABI has listed in the report a number of recommendations which include – where possible – the use of more environmentally sustainable biological controls. 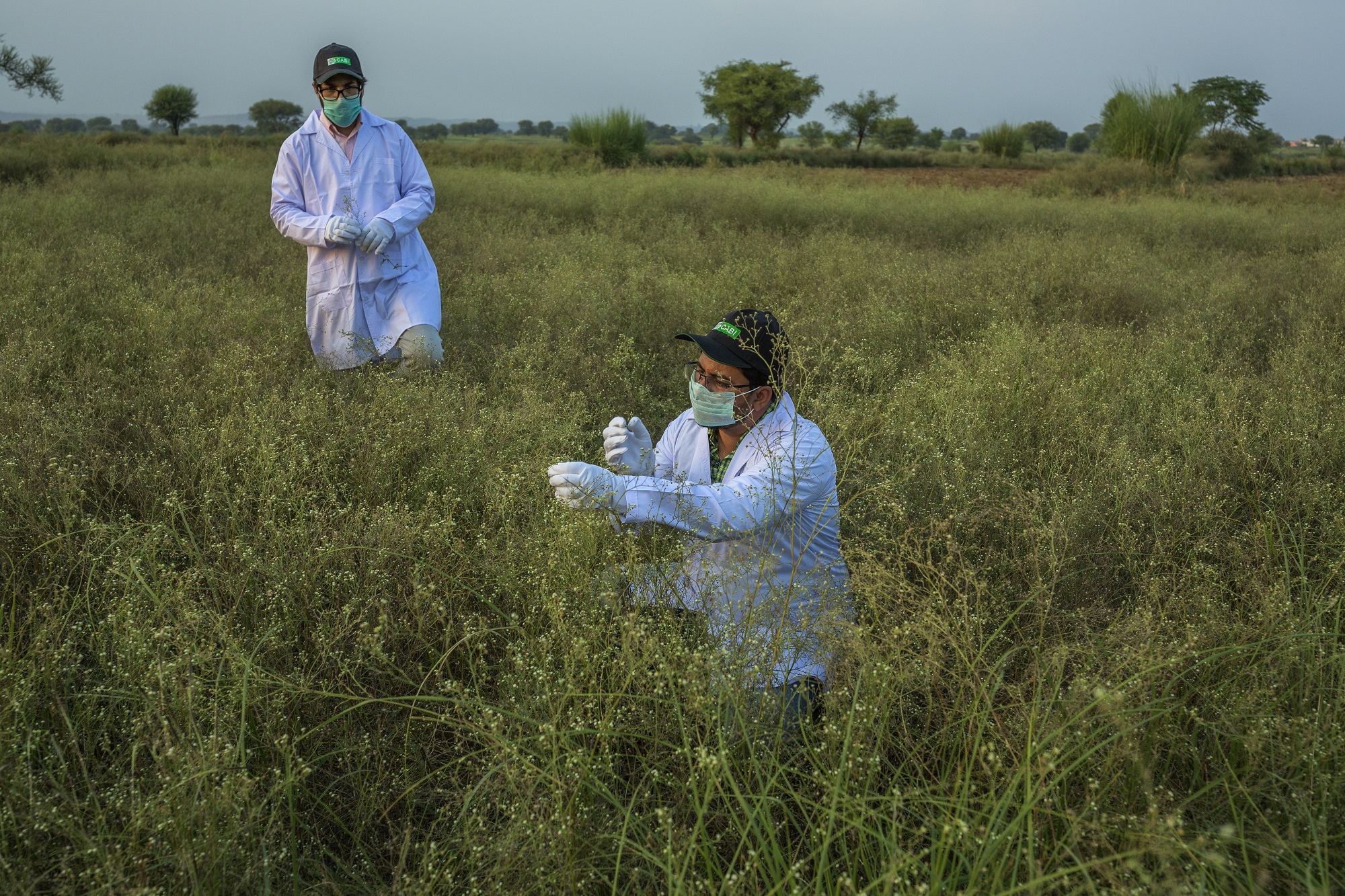 Scientists are looking for the presence of the Parthenium leaf beetle – a potential biological foe in the fight against the highly-invasive weed.

The parthenium leaf beetle feeds on the leaves of parthenium and is already being used as a biocontrol in Australia, South Africa, India, Ethiopia, Uganda, and Tanzania. Whilst Z. bicolorata has been used successfully as a biological control agent in other countries, there is a limitation of this beetle in Pakistan in particular – the asynchrony between the insect and the emergence of parthenium weed. By early spring (February-March), parthenium is already starting to sprout but Z. bicolorata can emerge as late as June, giving the weed plenty of time in the interim to develop and produce seeds unhindered. 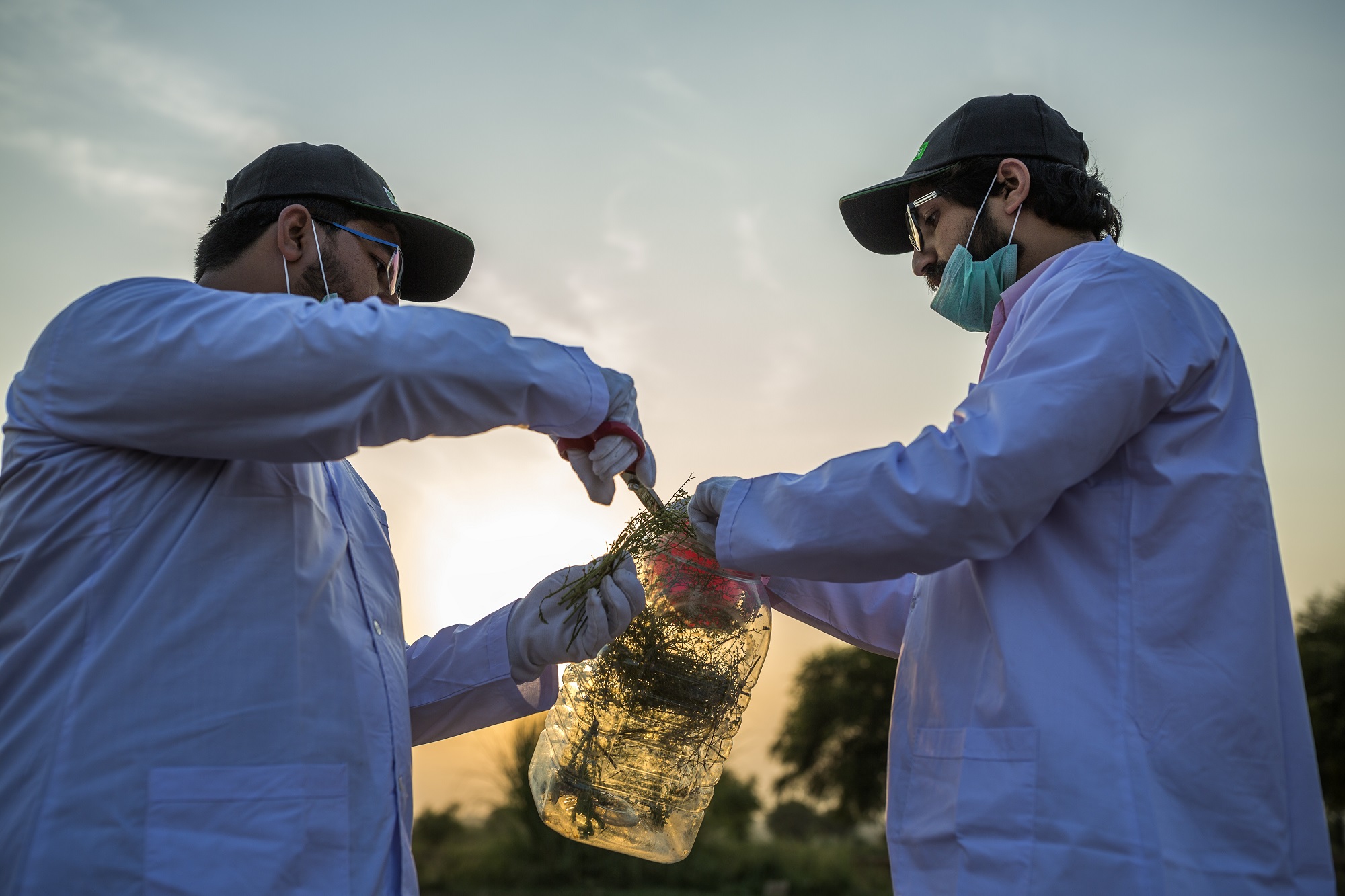 The team take samples of parthenium weed back to CABI’s laboratories in Rawalpindi.

The evidence note also highlights that parthenium weed can have a significant impact on crop yields – through direct competition as well as by inhibiting germination of seeds – where, for instance, in Ethiopia sorghum grain yield was reduced by 40 to 97 percent. The current spread of parthenium, the scientists say, seems to be facilitated by the road network and water canal systems for irrigation and flooding events. 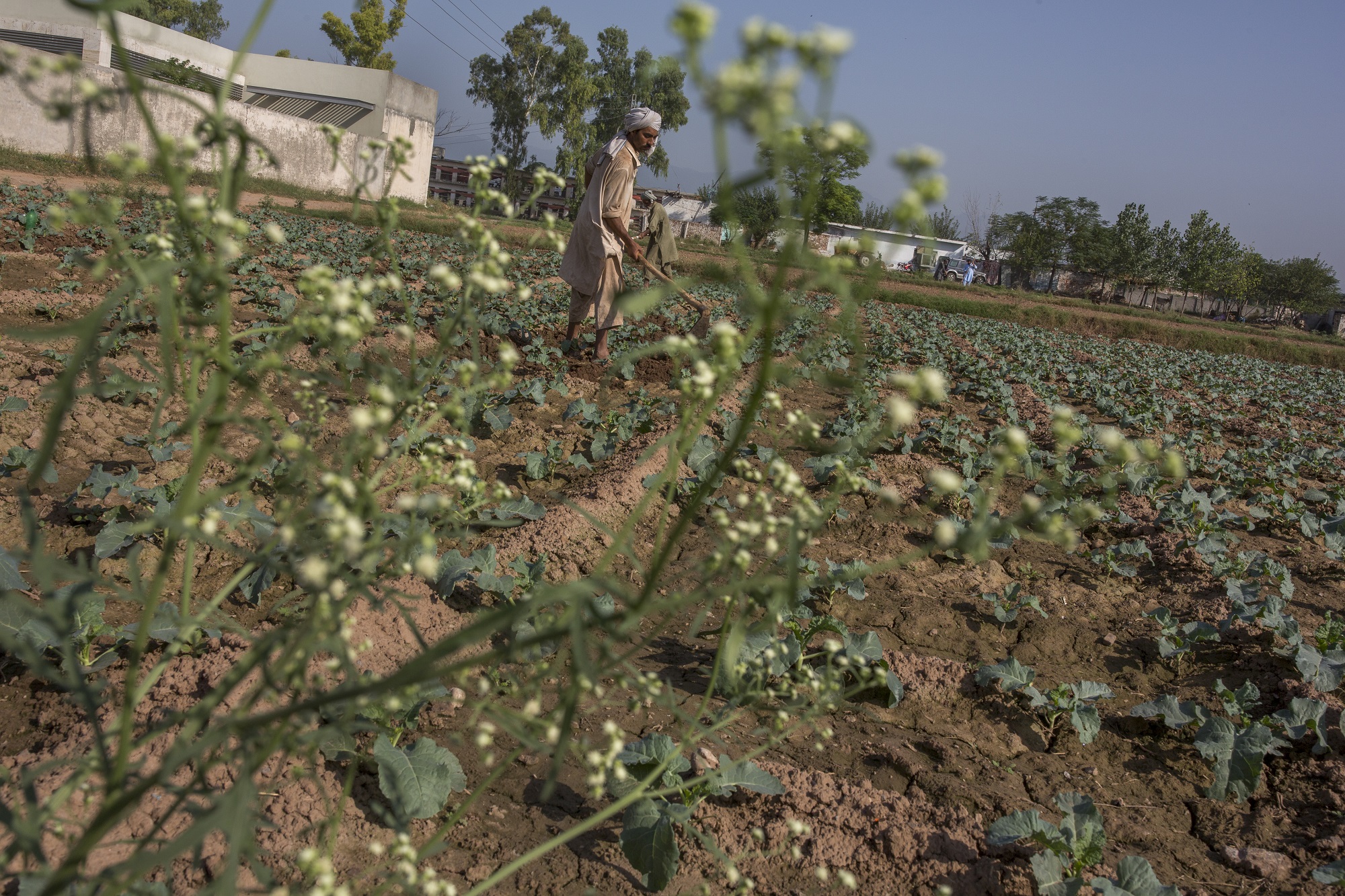 Steps to prevent parthenium arriving include increasing the inspection of vehicles, livestock, seed and feed to manage parthenium seed movement through its pathway as well as creating awareness at nurseries and floriculturists on weed identification, and to restrict the introduction of floral products from areas where the weed is present.

If parthenium has just arrived, the advice in the evidence note suggests that regulators should facilitate the registration and promotion of biological control agents through classical and augmentative biological control efforts to prevent the weed becoming widespread. Where chemical control has to be used, it should be applied along roadsides, in public parks or on private properties where it is present.

When parthenium has already arrived, and is firmly established, the advice includes declaring parthenium as a noxious plant and ensuring public and political support through sufficient budget allocation to manage it. CABI also suggests that the economic considerations for different control methods, including health and environmental impacts, also need to be accounted for. 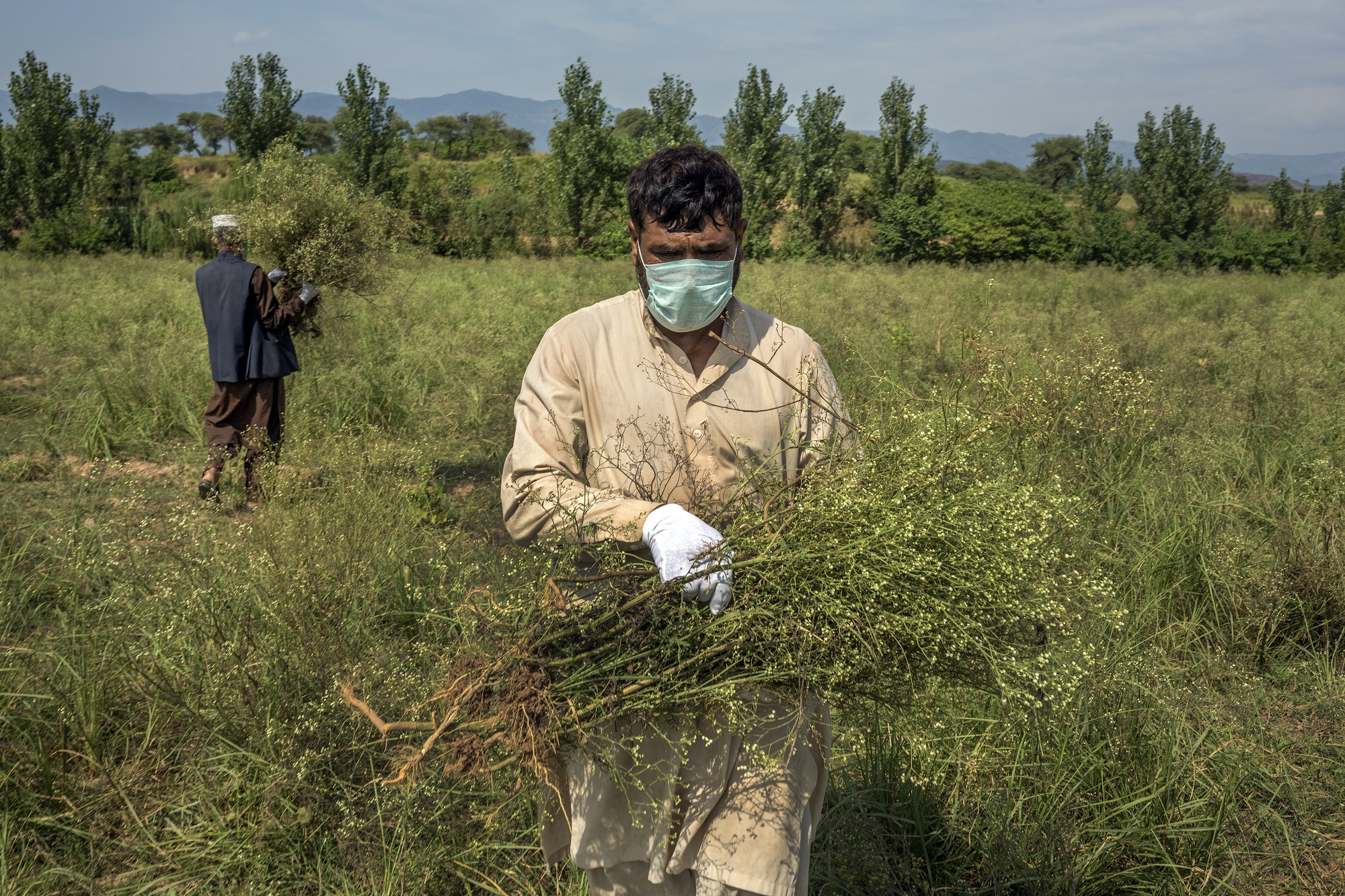 Parthenium also has impacts upon human and animal health causing a range of allergic reactions including itchy rashes.

Invaded countries should also be helped to develop and implement a parthenium management strategy to contain it and slow its further spread.

The evidence note ‘Parthenium: Impacts and coping strategies in Central West Asia’ is freely available to download and read.

The authors gratefully acknowledge the financial support of the UK’s Department for International Development (DFID) and the Netherlands’ Directorate-General for International Cooperation (DGIS) for CABI’s Action on Invasives Programme, as part of which this Evidence Note was produced. The views expressed in this document are those of the authors and do not necessarily reflect the views of DFID or DGIS.

Parthenium in Malaysia – Parthenium is growing around Aziz’s house, especially along the fence.  When he pulled the weed out, he got an allergic reaction on his hands.