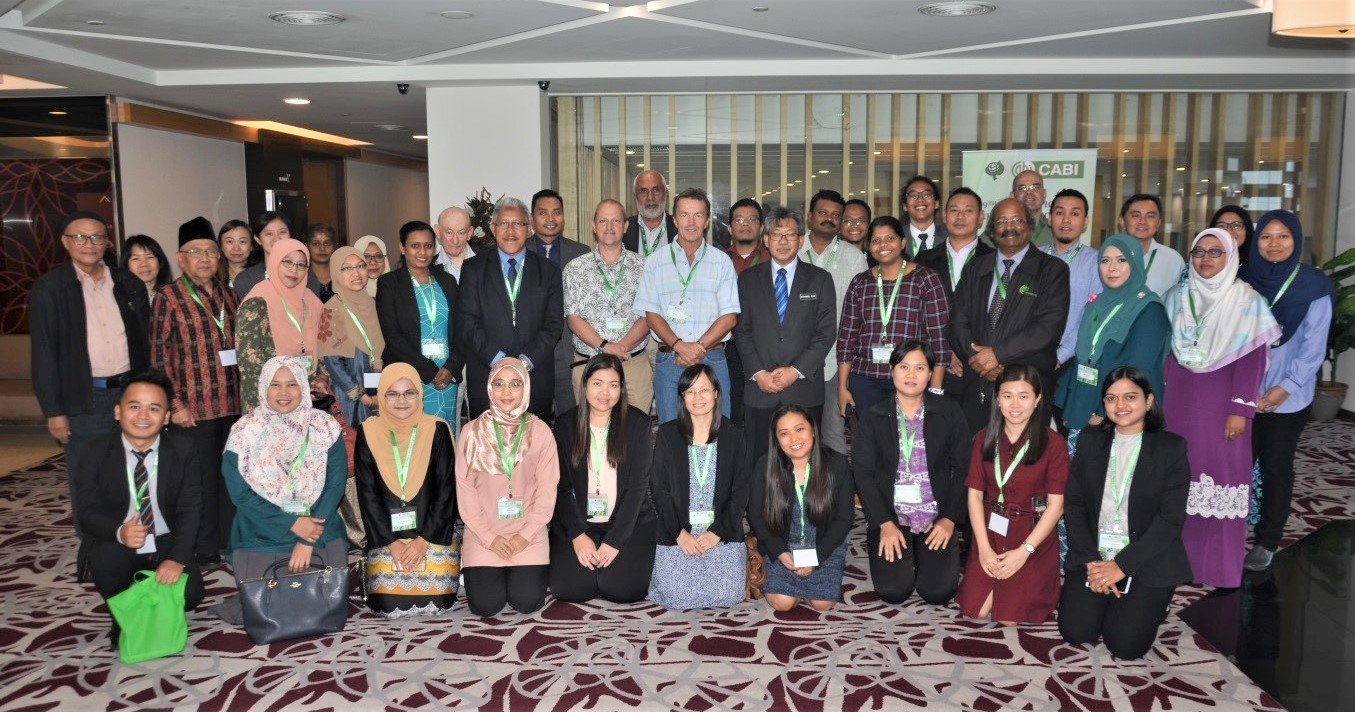 CABI Southeast Asia was proud to host the 9th International Workshop on Biological Control and Management of Eupatorieae and other Invasive Weeds where the very latest research on invasive weeds and their biological control agents were shared amongst delegates from 13 countries including Australia, New Zealand, South Africa, Fiji, India, Pakistan and other South East Asia countries.

The workshop in Putrajaya, Malaysia, a first for Southeast Asia, offered a valuable opportunity for researchers, professionals and students to gain awareness of the efforts on a regional scale, as well as country-driven biocontrol activities to address not only Eupatorieae weed but all invasive weeds in the regional countries.

The tribe Eupatorieae, which includes C. odorata and M. micrantha, are widespread in Southeast Asia and have significant economic impacts to agriculture, the environment and livelihoods. The entire region has been shown to be climatically suitable for the weeds.

Other species of invasive alien plants, for which there are good biological control agents available and which were included in this workshop, included Salvinia molesta, Parthenium hysterophorus and Pistia stratiotes.

Dr Day said, “There are many low-risk and highly effective agents available for all Eupatorieae species. They are not present in all countries where target weeds occur. This is a good opportunity to promote the benefits of biocontrol which is self-sustaining and cost-effective. In the meantime this reduces dependency on herbicides and costs to control the weeds.”

Dr Day also suggested countries should work together to establish a will to promote and implement biocontrol in each country.

Dr Michael Day sorting the potential bio-control agents collected from the field with the participants. (Photo by Chan H.T.)

The participants were able to collect different insects and pathogens which may have the potential to become biocontrol agents reported from Malaysia. The specimens were placed in the MARDI insectarium for further identification.

This series of workshops have come a long way since its initiation in 1988 to facilitate the management and biological control of Chromolaena odorata in resource-poor tropical and subtropical countries. In 2003, the scope of the workshop was expanded to include closely related species such as Mikania micrantha, while retaining an emphasis on the tropics. 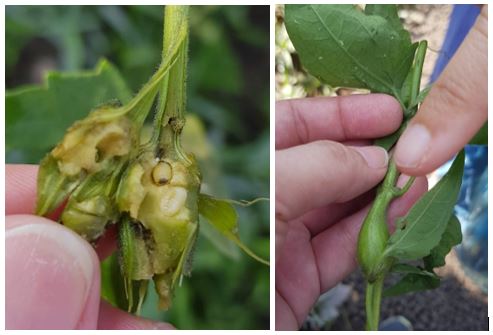 The IOBC-driven workshops were organized under the auspices of the International Organization for Biological Control (IOBC) and supported by the Malaysian Agricultural Research and Development Institute (MARDI), Universiti Putra Malaysia (UPM) and the Malaysian Plant Protection Society (MAPPS).