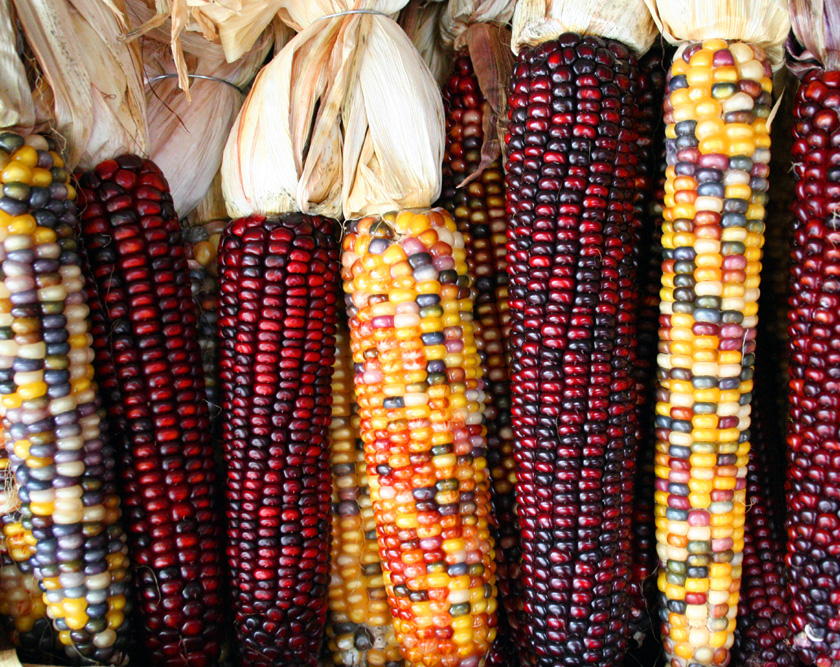 16 October is World Food Day (#WFD2016); this year’s theme is ‘Climate is changing. Food and agriculture must too.’ Jennifer Cunniff, plant scientist in CABI’s editorial team looks at how harnessing crop diversity is vital for us to meet the challenge.

Of the wide variety of edible plant species growing on our planet it’s amazing how few of them we actually include in our diet. Around 30 000 edible plant species are known, yet only 30 of these feed the world, and we are heavily reliant on a handful of cereals – rice, bread wheat, maize, millets and sorghum – provide 60% of the energy intake of the world population (FAO). This narrowing of our food base largely started with the advent of farming – before then, there is plentiful archaeological evidence that shows we were foraging across a much wider breadth of plant species (e.g. Weiss et al. 2004; Fairbairn et al. 2006). Once we formed settled societies we began to focus on crops that offered the best level of return and were best adapted to the cultivated environments we created. Furthermore, even though multiple accessions1 of our widely grown cereal species exist (naturally and through breeding) only a few dozen are grown on a wide scale. This strategy has consequences – genetic variability for adaptation to future climate change is lost.

1 A single collected variety or cultivar. It could be a wild variety, a landrace or a bred cultivar.

Earlier this year a team of scientists published an article in the journal Nature Climate Change that showed how temperatures are rising faster than the development of crop varieties that can cope with a warmer world. The study led by academics from the University of Leeds, focused on maize – a major crop in Africa, and looked at the effect of a warmer climate on the crop duration – the length of time between planting and harvesting. The scientists found that, as the climate warms, the crop duration would be shorter meaning that the maize crop would have less time to accumulate biomass and consequently produce lower yields. This reduction in duration is not something that will occur in the distant future, the research showed that some regions of Africa will see the impacts as early as 2018, whilst by 2031 the majority of maize-growing areas in Africa will be affected. The authors also predict similar shortenings of duration across the tropics. Under our current system of breeding, delivery and adoption the development of new maize varieties can take up to 30 years – by the time farmers have access to new varieties they’re already out of date and not suited to the current climate. In terms of a solution, increasing the speed of development of new varieties is vital; here better techniques and more money for research are key.

This is not the first study authored by the Leeds team that warns of the impact of climate change on our crops. Back in 2014 they showed that the impacts of climate change in temperate regions will occur sooner rather than later. From 2030 we will see increasingly negative impacts on crop yields (rice, maize and wheat), with declines of 25% becoming progressively common in the second half of the century.

As well as the direct impacts that climate change will have on our crops, climate change is expected to cause changes in the global distribution of crop pests. A study which utilises CABI’s long-term pest data found there is an overall shift in the range of pests away from the equator and towards the poles linked to warmer temperatures. Crucially, this will mean that many crops will be exposed to pests they have never encountered before and they likely don’t have the means to fight them off.

How can we produce a more climate resilient food base?

There are solutions out there; in terms of developing new varieties we should be casting the net wide. For example, the wild relatives of crops provide a fantastic source of genetic diversity which could be utilised for breeding climate resilient traits into our crops. A major milestone in recognising the value of crop wild relatives was the ratification of the International Treaty on The Plant Genetic Resources for Food and Agriculture (Plant Treaty) which facilitates access to genetic materials of our most important crops for research breeding and training for food and agriculture.  An essential element in the success of the Plant Treaty was the establishment of The Crop Trust in 2004 whose key mission is to conserve crop diversity by funding genebanks worldwide. For example, you may be familiar with the Svalbard Global Seed Vault – a repository of seeds from almost every country buried beneath the arctic permafrost. The funding from the Crop Trust has already achieved many successes including securing Africa’s rice diversity, conserving wild sunflower, intensifying yam production, protecting lentil against disease, and breeding more drought tolerant aubergines;  in all these successes crop wild relatives played a key role.

As well as crop wild relatives there are under-utilised crops that have unrealised potential to contribute to human welfare and are an invaluable resource for future food security. Out in Malaysia the Crops for the Future (CFF) research facility, the world’s first dedicated facility for underutilised crops, are working to get these onto our plate. Here researchers have the ability to grow crops and test their resilience to extreme environments in specially designed growth chambers. For example, one potential crop that is under investigation by the CFF researchers is the Bambara groundnut which has attractive characteristics for the grower and consumer. The groundnut is drought tolerant and prospers on marginal land with limited inputs; furthermore, it has a good balance of carbohydrates, proteins and fats, as well as high concentrations of essential amino acids and fatty acids that are in low supply in our commonly consumed crops. CABI already has some involvement with the CFF as they spearheaded the development of the Global Action Plan for Agricultural Diversification, which CABI signed at COP21 Climate Conference in Paris at the end of 2015. Relating to GAPAD goals, CABI are co-organising a roundtable forum with the objective to identify the contribution of agricultural diversification to SDG2 (Zero Hunger) of the UN Sustainable development Agenda 2030. The roundtable event will take place 25th -26th October and is organised with the World Vegetable Centre. Keep an eye on CABI’s website for news from the event!

Undernutrition could be treated with a more diverse diet

Expanding the range of species that we eat offers other advantages as well as giving a more secure food supply in a changing climate. In many areas of the world undernutrition is a serious problem; one in three people in the developing world suffer from micronutrient deficiency. Including a broader diversity of plant species in our diet would give access to a much wider range of vitamins and minerals resulting in large improvements in health. One crop type that is particularly nutritious, but currently not consumed at an adequate level are grain legumes (pulses), an excellent source of protein and amino acids – with the added benefit that they have nitrogen fixing properties and so can improve soil fertility and reduce the usage of fertilisers.  However, pulses will continue to form only a minor part of our diet unless policies change; a recent study published in Nature Plants highlights how pulses suffer from chronic under investment in comparison to cereal crops. This affects everything from breeding – there is currently low genetic diversity in breeding programmes, to their promotion to farmers as a profitable crop. ‘Legume crops will only achieve a competitive advantage if their profitability to the farmer exceeds that of the dominant cereal,’ the authors conclude.

Something that may help garner legumes popularity is the declaration of 2016 as the International Year of Pulses  (#IYOP) by the 68th UN General Assembly with the aims to improve public knowledge on the nutritional benefits and sustainability of the crop. Improvements in the global production and trade of pulses will also be addressed. This declaration really provides an excellent opportunity to reflect on the current status of global grain legume production and hopefully will help realise the value of this currently overlooked crop.

The theme of this year’s World Food Day is certainly very timely and should not be overlooked; to ensure a stable and nutritious food supply for future generations we need to reassess our current food system and start to include some of our forgotten crops. 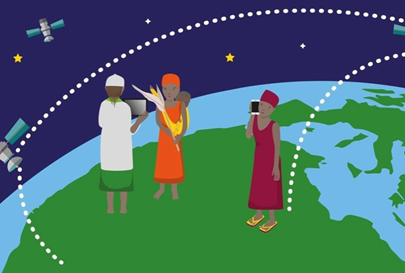