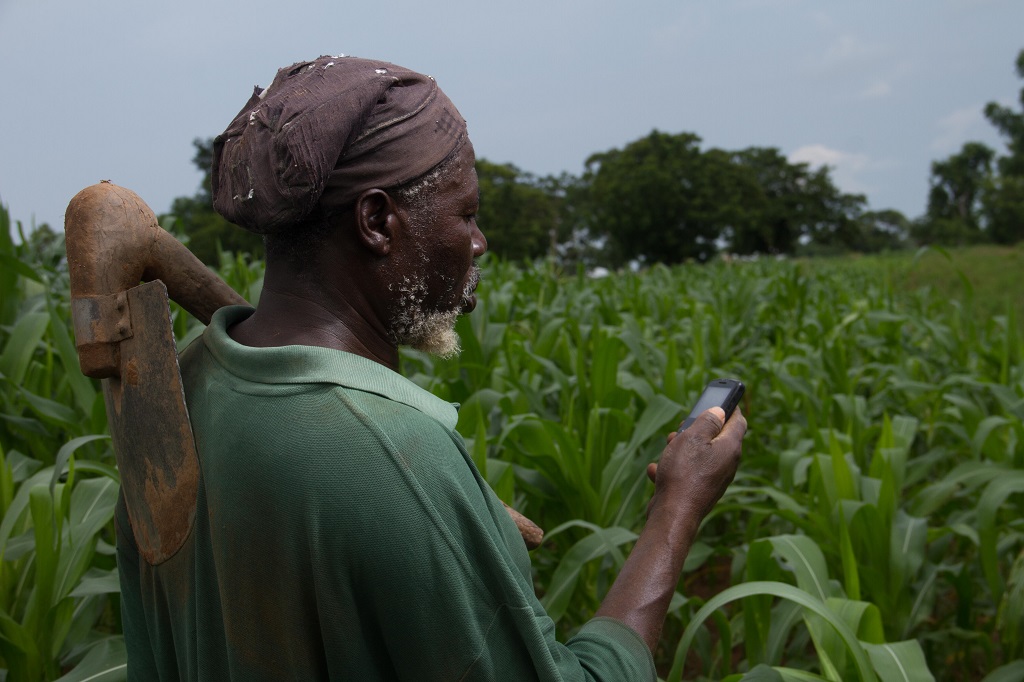 A quiet revolution in fertiliser recommendations has led to the development of a phone app that could make a positive contribution to tackling Africa’s depleted soil and supporting the growing demand for food in a time of climate change. Duncan Sones, from the Centre for Agriculture and Bioscience International’s (CABI) Africa Soil Health Consortium team, tracks back to see how this happened.

Professor Charlie Wortmann of the University of Nebraska-Lincoln believed that the blanket fertiliser recommendations used in Africa were not working in the best interests of smallholder farmers. The recommendations were hard to implement, often more than 10-times what farmers said they could afford to invest, and did not consider farmer profits. Instead of blanket recommendations, Charlie wanted to implement stepwise fertiliser guidelines, which would help resource-constrained farmers to apply the fertiliser they could afford to the crops that would give the best return for their investment.

Optimising fertiliser use and farmer profits

Clearly, there has to be a scientific basis for any recommendations. In 2009, Charlie started to work with the team at the National Agricultural Research Organisation in Uganda to collect pre-existing data and generate new data on nutrient response curves in different agro-ecological zones in the country. Nutrient response curves vary between different crops in the different zones, as does the return on fertiliser investment. He figured that, based on trial data, average relative response rates could be predicted. Using this data, farmers could be advised where to place their fertiliser investment to optimise their profit.

With the data gathered, the Fertilizer Optimization Tool was created (FOT) in 2012. FOT utilised Excel and an optimisation algorithm, developed at the University of Nebraska-Lincoln, to predict the crop-nutrient rate options that could maximise profit. Extension teams enter the cost of different locally available fertilisers into their laptops. Then, in conversation with the farmers, they add a predicted farmgate price for the crops to be grown and the maximum and minimum acreage to be dedicated to each crop. The FOT then recommends how much of which fertiliser should be applied to each crop, and at what time, to give optimum return on investment. Critically, this was done without the need for farm-level soil tests.

Between 2013 and 2017, the Alliance for a Green Revolution in Africa provided funds for the project to be scaled up to 13 African countries and to build a database of omission trials. CABI co-led this grant with the University of Nebraska Lincoln. What became clear, however, was that the use of Excel, which required laptops in the field, was a major limiting factor.

As a first step, the Excel output was used to generate 1-page paper FOTs that farmers could keep. However, this did not give farmers the opportunity to test different scenarios or deviate from a prescribed crop mix template.

A better solution was needed. CABI started to explore the idea of turning the FOT into a phone app as they realised that €20 smart phones were increasingly in the hands of agro-extension teams and farmers and this could be a game changer.

The phone app was able to build in all the FOT features and also add some elements that had to be accessed via look-up tables in the Excel version. These features included adjustments for integrated soil fertility management practices (such as application of organic matter or intercropping with legumes), and a calibration tool which helps farmers to apply the right quantity of fertiliser to their crops. Farmers in Uganda who had used fertiliser before found this was a way to really focus the return on their investment. Paul Okingok, a farmer from Tororo district, commented that he has used fertiliser for about 5 years. In the past, each season, he spent about US$120 (€107) on fertiliser for his maize and groundnuts. He has used the FOT for two seasons and now spends around just US$40 (€35.7), carefully allocating fertiliser as recommended by the FOT to his crops, and avoiding wastage. For maize, he obtained 1,600 kg compared to 1,000 kg before.

Extension worker Alex Mukwanga from Jinja district explained how FOT is gaining interest. He started with five farmers. Their crops were visibly different from those of their neighbours. The following season he had 30 farmers wanting to apply the FOT approach.

CABI is now rolling out a programme of training for additional extension workers on the use of the FOT app with a target of reaching up to 1,600 more farmers in Uganda. Across Africa, over 3,000 extension workers have already been empowered to use FOTs to advise farmers on how to maximise their profits from investments in fertilisers.

The Fertilizer Optimizer app can be downloaded free of charge from the Google Play Store.

Duncan Sones, Communication specialist
Duncan Sones is a consultant working in a range of public policy consultations and training and development programmes in the cultural, education and science fields.

This article was originally published on Spore. Read the original article.

CABI has been funded a two-year US$1.49 million project by the Gates Foundation to help increase food security in India and Ethiopia through better access to data on soil health, agronomy and fertilizers. This is being carried out with a focus to ensur…