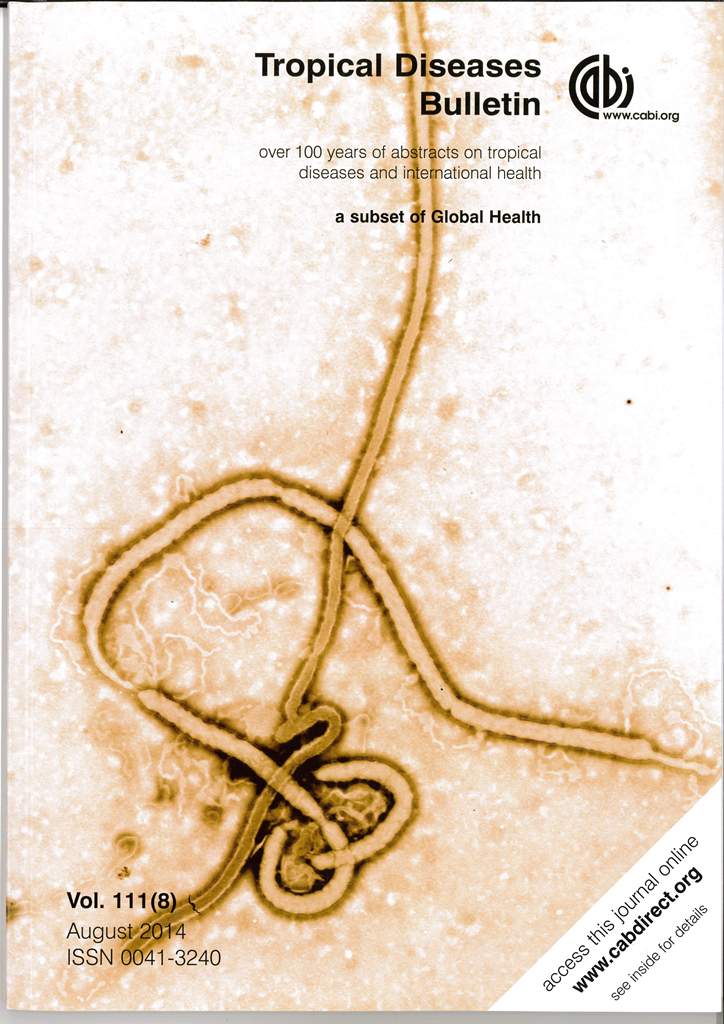 Ebola brings out the worst and the best in mankind.

Global coverage of the Ebola outbreak in West Africa began with (the best) courageous foreign health care workers (HCWs) being flown home by their governments in a desperate attempt to save their lives, and rapidly moved on to the sheer panic amongst the local populations experiencing the outbreak: riots, health care workers and government officials abandoning their posts (the worst). Somewhere imbetween mention was made, usually by the foreign HCWS, of their local colleagues left behind who struggled on without resources and personal protection (the best).

Ebola haemorrhagic fever (caused by different ebola virus strains) has been around since 1976, with regular self-limiting outbreaks, usually in remote areas of one country. Index cases always involve some contact with animal reservoirs (bushmeat (wild animal meat), bats, rodents, monkeys), and its then spread by person-to-person transmission through contact with bodily secretions or with objects contaminated with secretions. It’s infamous for its high case-fatality rate and the ease with which it spreads among contacts of the diseased.

What makes this time different is the Zaire strain has now reached West Africa: there  it has spread from remote regions into highly populated urban areas, and it has crossed borders so that there are escalating outbreaks in 3 adjacent countries (Guinea, Sierra Leone and Liberia), with no end in sight. The epidemic (for that is what it is now), has resulted from sustained person-to-person transmission.

Cases have also been reported in Nigeria and Senegal but these countries seem to have contained the transmission of the virus. DR Congo  has an outbreak.   An up-to-date Ebola Healthmap can be found here.

Ignorance and fear, drivers of disease

Misinformation among health workers and the public fuelled panic and contributed to the spread of Ebola-zaire over the last 6 months.  HCWs abandoned their posts or were the source of rumours that created riots, government officials got out whilst they could. [The index case for Nigeria, was an official who left Liberia, who knowingly had had contact with an Ebola victim].

Fear has not just caused civil breakdown.  It is masking the magnitude of the outbreak, especially in Liberia and Sierra Leone. Families fear stigma so hide sick relatives or consider the hospitals as death sentences (breaking relatives out!) or indeed consider them the cause of the illness in the first place. Cases being cared for outside hospitals do not enter the statistics.

Unlike the “Black Death” in medieval Europe, it’s not lack of real clinical knowledge that’s the problem but:

It is known how to stop transmission but to do this you need community involvement.
An analysis of the Ugandan Ebola outbreak in 2000 (prior to West Africa, the largest outbreak), clearly demonstrates this. Accessing the abstract on Global Health, I found it was characterised from the outset by panic amongst the community affected, made worse by lack of adherence to barrier nursing principles (probably because of lack of resources).  And equally it was brought under control through community involvement, education and provision of resources (both staff and materials).

Reading various sources  the advice  to individuals is:

No contact with bodily secretions from infected people or with items which have been in contact with secretions…even hairdresser/barber tools. Hand-washing with soap or in chlorinated water. No touching or shaking of hands, no sharing of communion in catholic churches. Burial practices which involve touching or washing of the body to be avoided. Avoid hunting, touching or eating bushmeat. Do not panic…use your health services.

According to HIFA-2015 members living through this epidemic…

Situation in Liberia is the worst of all…

…with more than half of the Ebola deaths (1,296 of 2,461), its' weak health system is overwhelmed.  Liberia’s infrastructure was devastated by a 14-year civil war and prior to the Ebola outbreak, it had just one doctor to treat nearly 100,000 people.

In Liberia, hospitals and clinics have ceased to function through death, illness and abandonment.  According to one HIFA member, pregnant women with complications were needlessly dying because they could not find a clinic.

Last week, the government took the unprecedented step of quarantining an entire slum community (West Point in the capital Monrovia) for 10 days. This was in response to an Ebola holding clinic being overrun with patients from outside the community, patients who could not get treatment elsewhere for ANY illness ( its malaria season) because all their own health clinics had shut down. A riot ensued. Infected materials were looted and taken into West Point and the response was the quarantine.

The quarantine highlighted the worst aspects of human nature & governments. Enforced by armed men & without community consent, no thought was given to food or income for the community. Local officials tried to escape the quarantine.

It’s no surprise therefore that the USA’s response, (16/9/14, not before time) is centred on Monrovia & Liberia.

CABI's Global Health database has 1,135  specific records on "Ebolavirus" and the front cover of Tropical Diseases Bulletin since 2004 is the Ebola Virus!

Ebola research in the news

The drug is a monoclonal antibody (Zmapp) & was given to repatriated healthcare workers like UK nurse Will Pooley along with high tech supportive therapy.

USA and UK  researchers are coordinating accelerated phase1 trials in healthy volunteers of 2 vaccines, made against a vector virus containing surface proteins from Ebola-zaire.  Trials are in USA, UK (oxford), and 2 West African countries Mali and Gambia.

As UK Ebola vaccine trials get under way, experts complain over slow response

North America is in the middle of an opioid overdose epidemic, and its moving into the over 50s as well. The opioids include heroin, synthetic opioids like fentanyl, and prescription painkillers like hydrocodone (Vicodin), codeine and morphine. 50% of opioid-related deaths are due to prescription painkillers, partly through co-prescribing with benzodiazepine, partly because they cause euphoria as well as pain relief and are used for non-medical reasons. Rural white middle aged men are typical addicts but women are catching up and Native Americans are severely affected. WE look into how we can take back control at state and personal levels.