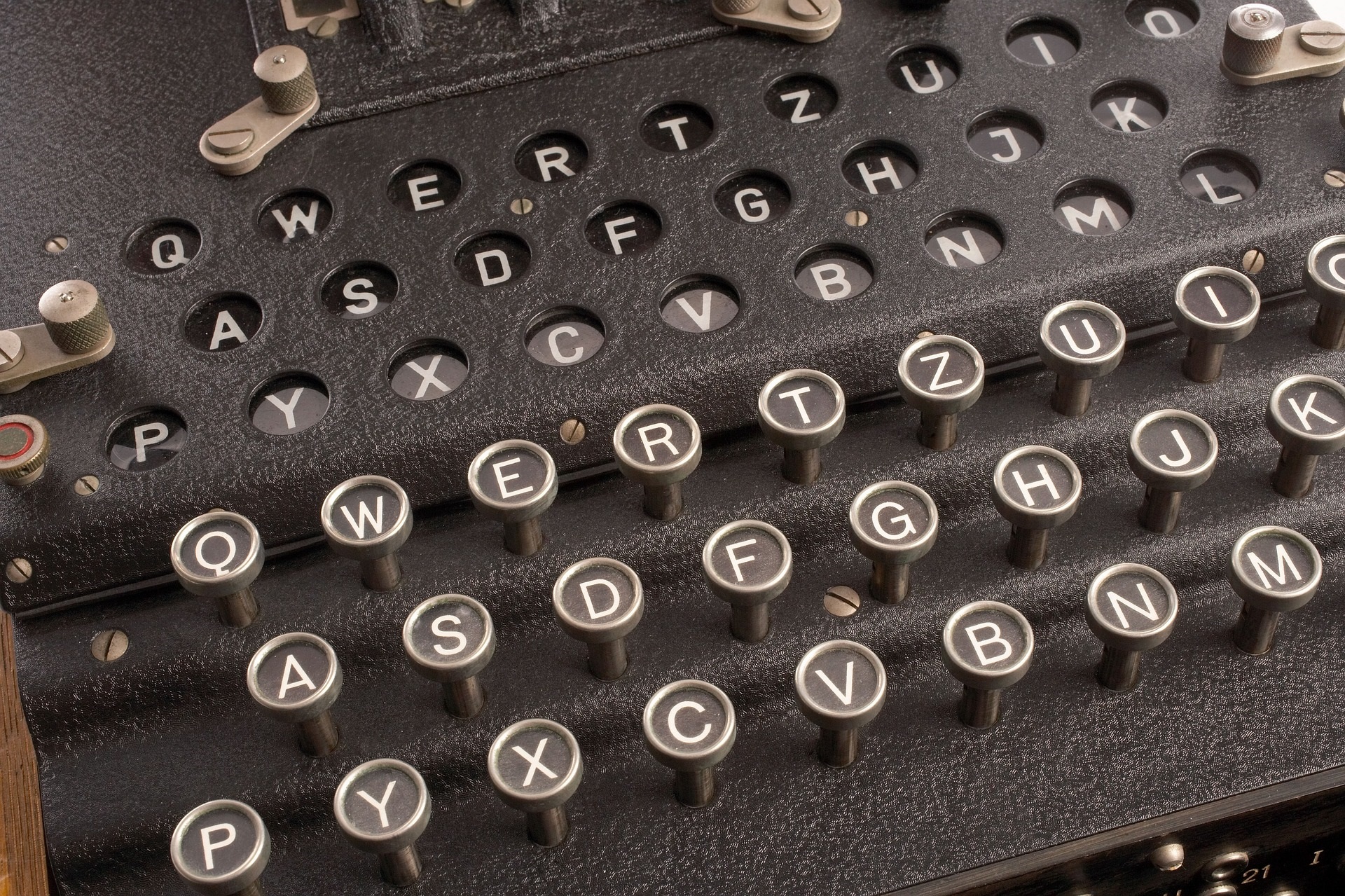 A scientific tool which has its principles in early ‘computers’ such as the German WW2 Enigma machine – used to convey secret commercial, diplomatic and military communication – is helping to map the fractional cover of the woody weed Prosopis juliflora across the Afar Region of Ethiopia.

PhD Candidate Hailu Shiferaw from Addis Ababa University, who is being supervised by CABI’s Dr Urs Schaffner, Professor Woldeamlak Bewket (AAU) and Dr Sandra Eckert (Centre for Development and Environment, University of Bern), has compared the performances of five Machine Learning Algorithms (MLAs) to test their ability at mapping the fractional cover/abundance and distribution of Invasive Alien Plant Species (IAPS) – particularly Prosopis which has already devastated an area equivalent to half of neighbouring Djibouti.

British mathematician and Cambridge don Dr Alan Turing, who famously helped crack the Enigma codes that gave Allied Forces vital clues as to when and where the enemy would strike next, in his paper ‘Computing Machinery and Intelligence’ outlined the principles of machines ‘thinking’ and producing a set of desired outputs.

And while modern-day MLA’s may be far removed from electro-mechanical rotor cipher machines such as the Enigma, the essence of their raison d’être still exists in MLAs which are now helping scientists map and mitigate the spread of IAPS including Prosopis.

During the 19th and 20th centuries, Prosopis juliflora – native to South and Central America – was planted in areas outside of its native range including Australia, southern Asia and eastern Africa. The aim was to provide firewood, charcoal, fodder and timber to stabilize soil in degraded ecosystems and prevent desertification.

While the first introductions in Ethiopia (Fig. 1) were made during the 1970s and 1980s, problems soon arose in the early 1990s when the tree started invading croplands, grasslands, riverbanks and roadsides (Fig. 2) – causing significant environmental impacts and a source of conflict among pastoralist groups due to the effect on dwindling grazing land. 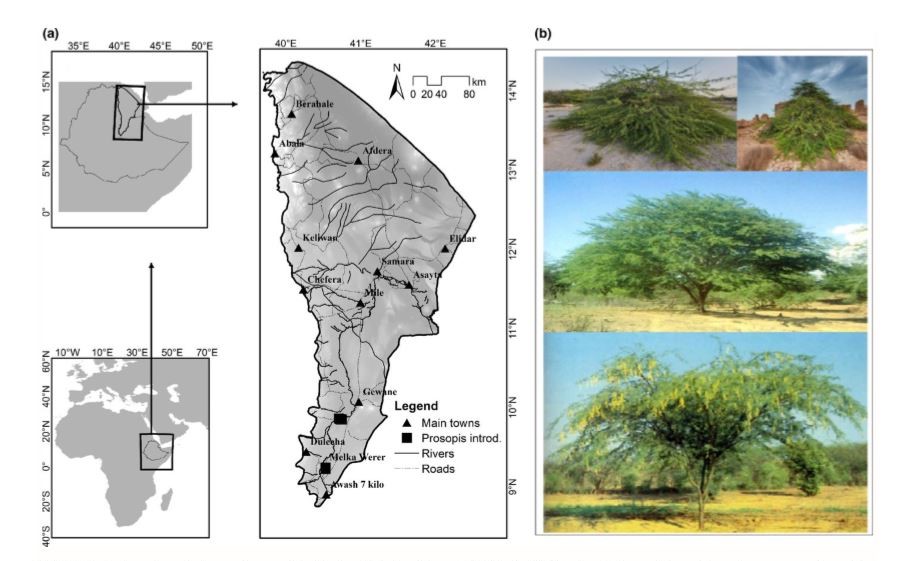 Figure 1: Location of the study area, Afar National Regional State, in Ethiopia (a). The detailed map shows the main towns, roads, and rivers as well as the locations where Prosopis was first introduced. The shading indicates elevation, ranging from 175m below sea level (dark grey) to 2,992m above sea level (white), and photos of Prosopis plant (b) 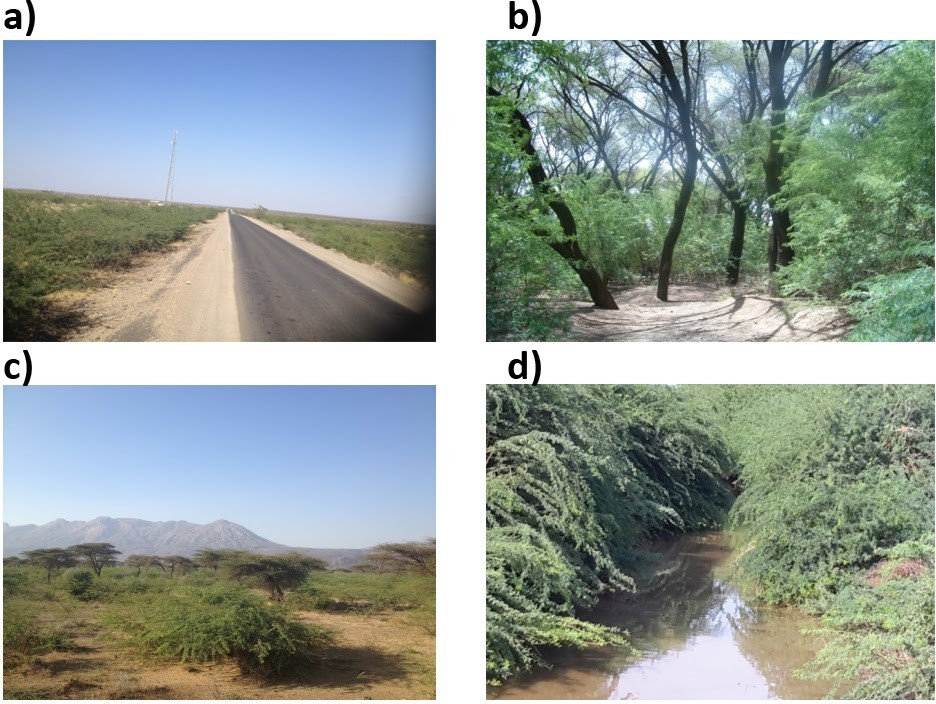 Linked to his previously published paper in Scientific Reports ‘Modelling the current fractional cover of an invasive alien plant and drivers of its invasion in a dryland ecosystem’, which shows that the Prosopis invaded 1.2 million ha of grassland/shrubland in just 35 years, Shiferaw concludes in his latest study that the random forest MLA works best to map the Prosopis with an accuracy of 92 percent and sensitivity and specificity >0.89.

In the new paper ‘Performances of machine learning algorithms for mapping fractional cover of an invasive plant species in a dryland ecosystem’, published in Ecology and Evolution, Shiferaw said the next best-performing algorithms were the ensemble model and gradient boosting machine with an accuracy of 89 percent and 88 percent respectively. The other tested algorithms achieved comparatively low performances (Fig. 3). 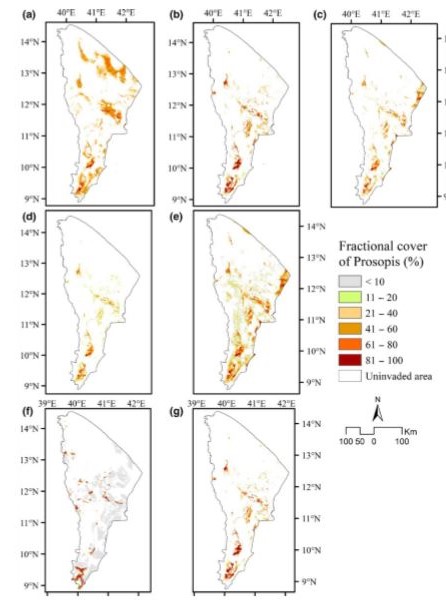 Shiferaw said, “The strong explanatory variables for Prosopis distributions in all models were NDVI, elevation, distance to villages and distance to rivers; rainfall, temperature, near-infrared and red reflectance, whereas topographic variables, except for elevation, did not contribute much to the current distribution of Prosopis.”

According to the random forest model, a total of 1.173 million ha (12.33 percent of the study region) was found to be invaded by Prosopis to varying degrees of cover.

Shiferaw added, “Our findings demonstrate that MLAs can be successful used to develop fractional cover maps of plant species, particularly IAPS so as to design targeted and spatially explicit management strategies.”

Swiss Programme for Research on Global Issues for Development (r4d), funded by the Swiss National Science Foundation (SNSF) and the Swiss Agency for Development and Cooperation (SDC), for the project “Woody invasive alien species in East Africa: Assessing and mitigating their negative impact on ecosystem services and rural livelihood.”

Dr Urs Schaffner was supported by CABI with core financial support from its member countries.