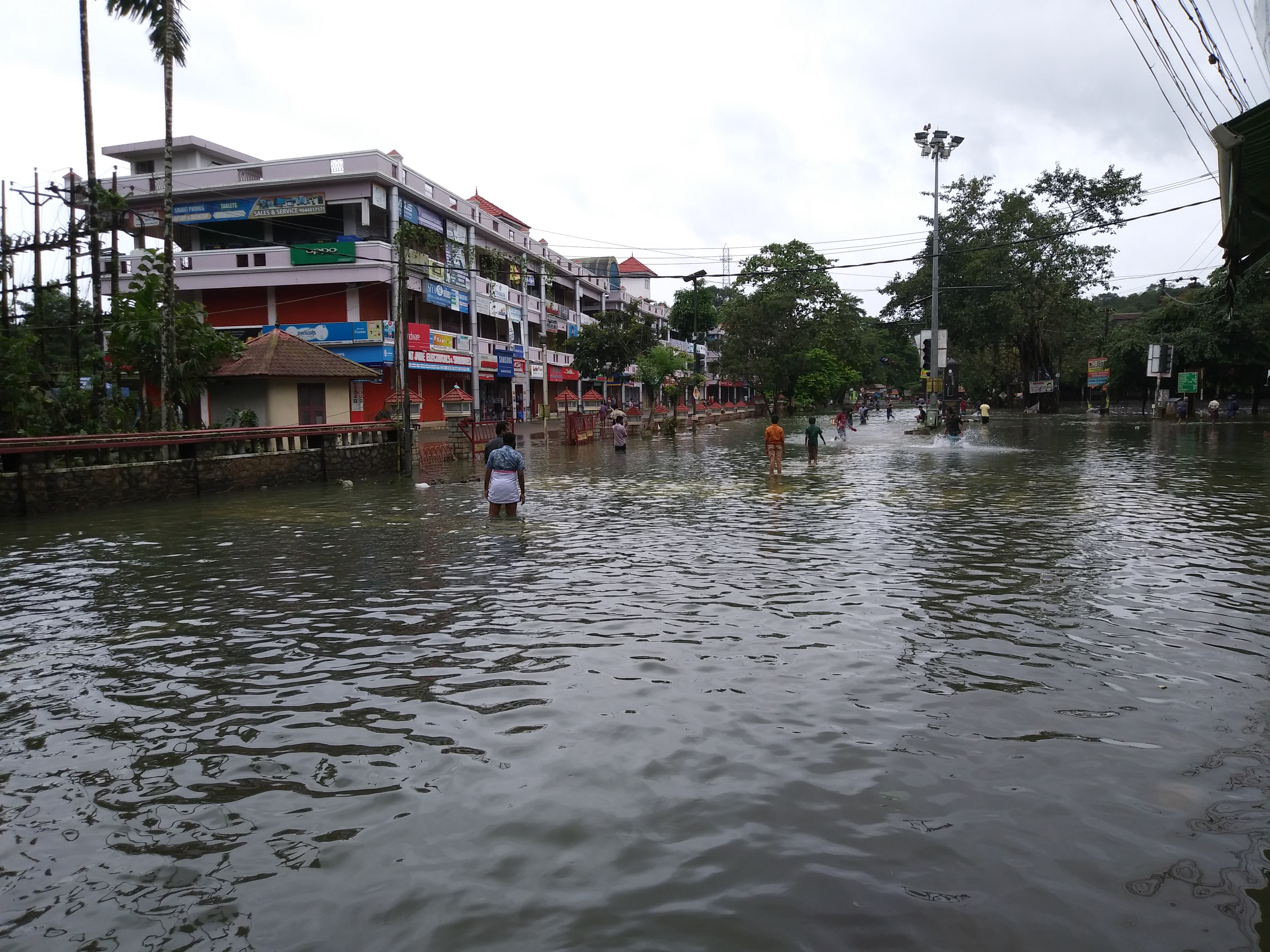 Last month, the south Indian state of Kerala experienced record level rainfall. A huge 310mm of rainfall in just 24 hours, resulted in devastating flooding, causing significant damage to infrastructure, agricultural systems and human life. With over 480 people confirmed to have been killed due to the flooding, experts are now identifying the causes of this incident, including dramatic human development, environmental degradation and a lack of sustainable development in the region.

Between the 7th and 15th August 2018, heavy rainfall throughout the state saw the normally picturesque tourist destination submerged in water as the Cheruthoni dam opened its gates due to reaching maximum capacity. This resulted in the flooded Idukki reservoir decimating the Pathanamthitta and Alappuzha districts.

Since the flooding halted, environmental experts have started to evaluate the factors which caused such dramatic, fast-acting flooding. The findings so far suggest that the recent increase in development in the area reduced the natural ability for surface runoff to dissipate naturally, with houses, buildings and tourist resorts being constructed quickly into small areas.

“There is a huge wave of construction, firstly on wetlands, which could have otherwise earlier stored water, no longer do so and encroachments on rivers,” said ecologist Madhav Gadgil in VOA.

Roughly half of the population in Kerala live in rural areas and are dependent on rural livelihoods such as farming. Due to the flooding, major crop systems in the state have been negatively impacted, with the plantation industry at risk of losing up to EUR 88 million and 40% of the current crops. Rice paddy was one of the worst hit, with 26,106 hectares of farmland damaged. The flooding has also been reported to have affected tea, rubber, cardamom and black pepper plantations, with an estimated 500 acres of plantation land having been destroyed due to landslides in Nilambur, Malappuram and Kalikavu districts.

Agricultural economist P Indiradevi of Kerala Agriculture University said in The New Indian Express that the crop loss estimates are incomplete, as it is so soon after the flooding event that it is difficult to determine the complete depth of the actual loss. Numerous sectors are directly and indirectly linked to the agriculture sector in Kerala, this will cause a ripple effect throughout India over the following months as crop yields, production areas and soil fertility are severely impacted. 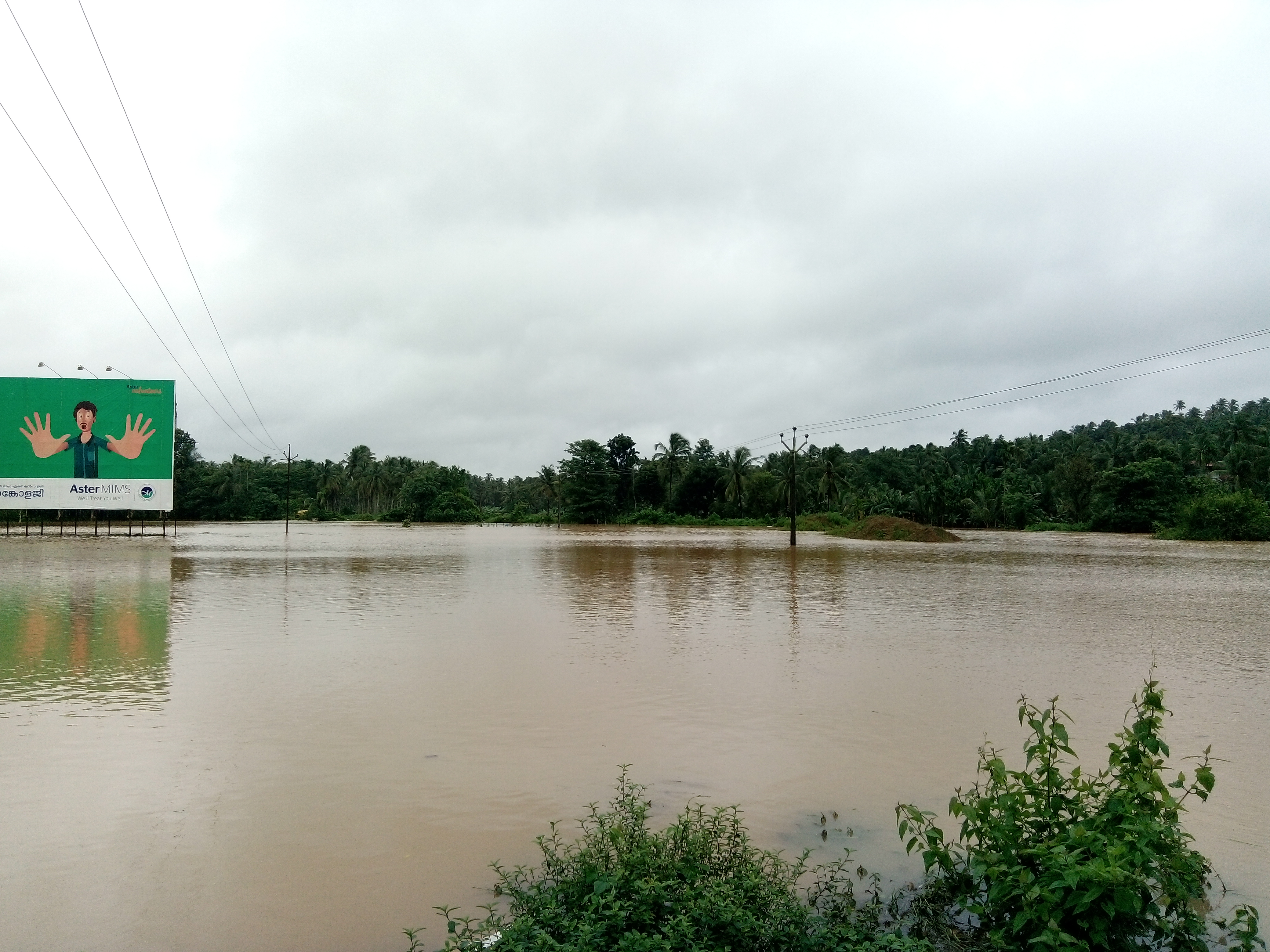 The flooded suburbs of Malkapuram, where the roads, houses and farmland have been completely submerged (© Akbarali, Wikimedia Commons)

G.M. Pillai, head of the World Institute of Sustainable Energy in Pune, claims the risk of severe flooding in the area was increased due to unsustainable development on the traditional paddy fields in the area. Paddy fields are known water sinks for catchment areas; however, roughly 80% of paddy fields in Kerala have been converted to rubber plantations or levelled for construction. One such development on agricultural land is Cochin International Airport, which was built a few hundred meters away from the Periyar River. Analysis of this land by the World Resource Institute’s Urban Water Program showed that the river channel had been redirected to allow for more space for the airport development, with some areas of the site being either at water level or below, all of which meant that the airport acted as a collection point for runoff from the north where the rainfall hit.

Over the past two decades there has been a significant increase in development across the state of Kerala, particularly in the Western Gats, a large mountain range which runs across several states. In 2011, ecologist Madhav Gadgil lead a committee to investigate the environmental risks of developing at such an unsustainable rate, as well as evaluating the potential impacts of illegal and unsupervised mining. The findings of which recommended that the entire mountain range should be declared ‘ecologically sensitive’ as it contains roughly 30% of India’s plant, fish, mammal and bird species. Construction of dams, power plants and mining quarries were also listed as developments that should be banned in the area.

Irrespective of the report’s findings, in 2013 the government accepted an alternative report which suggested that only 37% of the area should be restricted from construction. Gadgil stated that as a result of this increase in local construction was the indiscriminate sand mining and quarrying in the surrounding mountains. This led to unstable surface areas and landslides prior to the flooding, which caused several blockages of rivers and streams. As well as increasing the risk of flooding due to altering natural water pathways, victims of the disaster were reportedly killed by landslides. 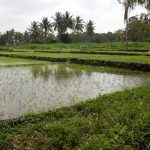 A typical scene of rice paddies in South India. This is just outside of Ranganathittu Bird Sanctuary near Mysore. 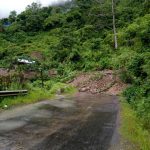 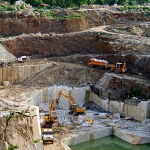 Factors believed to have induced the severity of the flooding last month (© David Brossard, Yann Forget and Naikhat, Wikimedia Commons)

Senior officials have stated that in response to the recent flooding, Kerala will have to seek sustainable development as it rebuilds damaged homes, thousands of kilometers of eroded roadways and other infrastructures. With the world’s eyes now on the state of Kerala following the disaster, the local government must deal with the state’s losses and look towards a more sustainable future if to reduce the impacts of similar incidents from happening again.