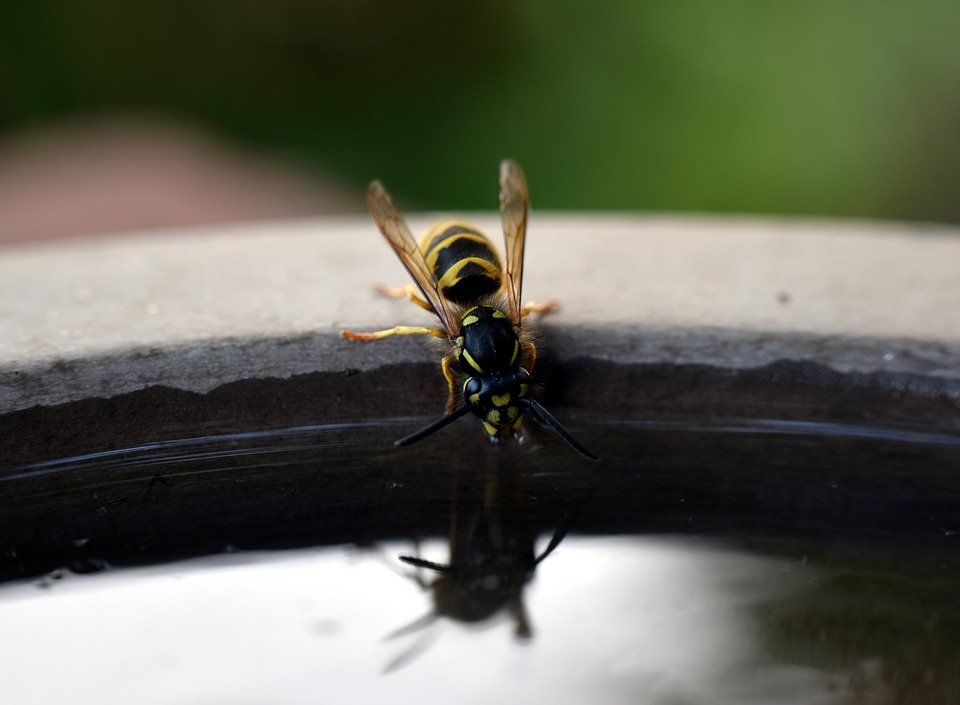 A wasp taking a break from foraging to have a drink. Flensshot via Pixabay

Whether trying to cajole one out of your office or running for cover after it seems a little too interested in your food we have likely all encountered the common wasp (Vespula vulgaris) more than once during this particularly wasp-heavy summer.  But did you know that this is just one of 9000 species of wasp found in the UK and without a microscope you’re unlikely to ever see the vast majority of them. You might also not know that they provide us with great ecological services including pollination of both our crops and wildflowers as well as controlling insect populations which spread human and agricultural diseases.

Wasps have a poor reputation amongst humans with words such as ‘sting’ and ‘annoying’ being the most commonly used when participants in a public opinion study were asked what they thought about them. But if you do get stung this year, or indeed kill a wasp, be sure to make a quick getaway as others will likely become more aggressive once they smell their siblings venom. The study also evaluated research effort for wasps compared to bees and found the results to be equally damning. To quote the authors themselves:

However, an even more fearsome reputation is awarded to hornets. Our native European hornet (Vespa crabro) is the largest species of wasp in the UK, however, is actually less aggressive than their smaller cousin, the common wasp, and provides similar ecological benefits such as pest control and pollination. A much less welcome relative is the Asian hornet (Vespa velutina); an invasive easily confusable with our native species. Asian hornets make the ecological headlines most years as sightings are reported and nests quickly destroyed. This may seem like an overreaction but Asian hornets are regular predators of many UK pollinators, including honeybees. Native to south-east Asia this hornet has spread across Europe and was reported in the UK for the first time in 2016 with sightings this year confirmed in Cornwall and Lancashire. The Centre for Ecology and Hydrology has developed an app, that forms part of the GB Non-native Species Alert System, allowing members of the public to report sightings such as these.

And in a few weeks’ time, the Big Wasp Survey will be underway for the second year in a row; encouraging citizen scientists to create wasp traps out of plastic bottles and beer, then post off the resulting catch for scientists to sort through and identify. The project attracted some criticism in its first year because of its requirement for lethal trapping but the results from last year’s survey have shown that no queens were caught in the process, meaning next year’s population levels will not have been affected by the survey effort. This was not by accident; the week window suggested by the scientists was chosen specifically to reduce the chance of queen capture. This year’s registration is full but to read the results of last year’s Big Wasp Survey, follow the link here.

This survey aims to understand more about the distribution of wasps and their response to environmental changes in the UK as well as educate the public on their ecological importance. As predators, wasps catch and kill small arthropods to feed to their young, helping to maintain lower populations of pests such as aphids and caterpillars. And whilst most people would mainly associate bees with being important pollinators in the UK, wasps also do the important job of transferring pollen whilst they search for sugar-rich nectar.

Further afield wasps even act as symbiotic pollinators. If you’re eating a fig whilst reading this you might want to wait a bit before continuing. Fig wasps are born inside figs, which are actually dense, inward-facing collections of flowers. These tiny insects then mate before the males dig an escape route out of the fig through which the females leave. The females take with them pollen from the flowers of the first fig, and once they have crawled inside a new one, fertilise the fig before laying their eggs. As the young hatch, the cycle then repeats again. Don’t worry too much though, it’s relatively unlikely that you will find a fig with microscopic wasps in as the wasps are either digested by the fig or the tree is capable of fruiting without wasps.

Now I suspect I will have had little luck in convincing many who read this that the services provided by wasps outweigh the annoyance caused by their seemingly undeterrable interest in you and your food. But there are thought to be reasons for their bold behaviour this time of year which might elicit some empathy. Whilst tending to the brood, adult wasps feed the larvae protein rich prey which the larvae then convert into a sugary sweet secretion for the adults. As the brood matures this system disappears and the adults are left to forage for sugar substitutes themselves, for instance from whatever’s in your cup! So next time a wasp manages to stumble into your office perhaps think how irritable you can get when sugar-deprived and maybe try give it some space. 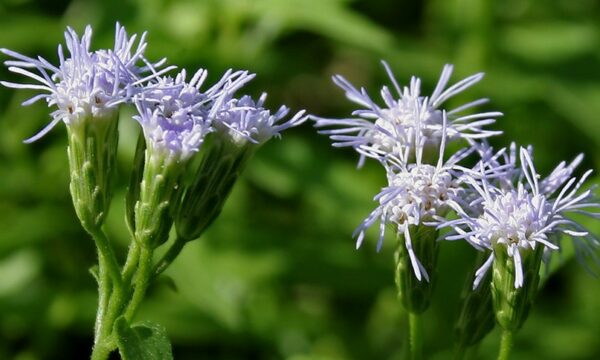