Back from the brink: how biocontrol saved St Helena’s national tree from extinction 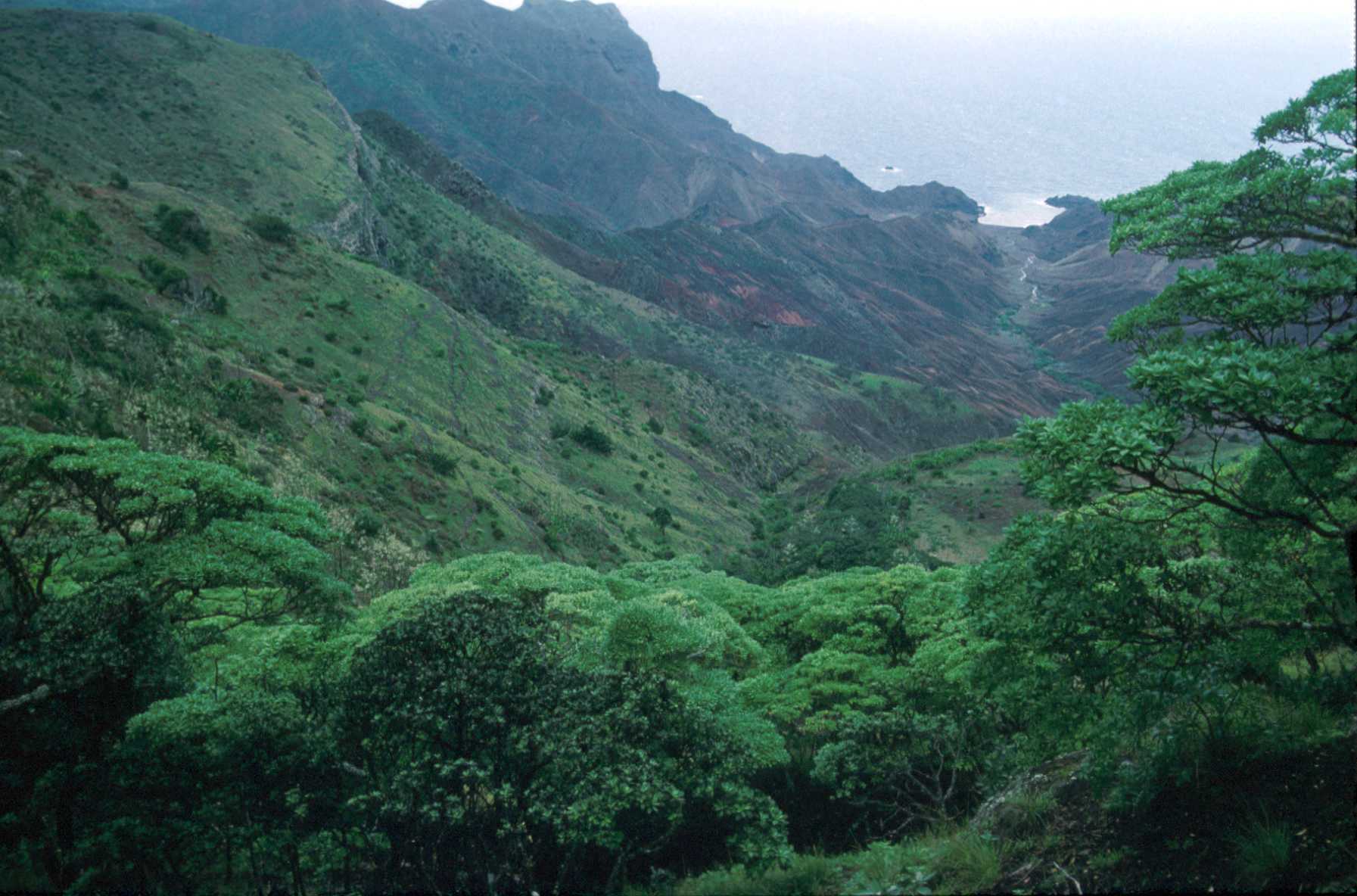 The gumwoods of St Helena are flourishing again after facing extinction

At first sight the humble scale insect, Orthezia insignis doesn’t seem like it could pack much of a punch in a ‘fight’ against a range of native flora – but to make such an assumption would be very dangerous indeed.

In fact Orthezia insignis is a genuine invasive menace which in Hawaii, East Africa and South and Central America has, at times, wreaked havoc on numerous ornamental plants including citrus, coffee, olive, Jacaranda and Lantana.

But it was its devastating impact upon the ‘defenceless’ gumwoods of St Helena in the late 1980s and early 1990s that brought the pest to the attention of scientists including CABI’s Dr Richard Shaw, and Dr Simon Fowler – the latter who now works at Landcare Research in New Zealand.

St Helena, a volcanic tropical island in the South Atlantic, is home to 60 endemic plant species as well as 500 endemic invertebrate species but has a history of failed conservation efforts dating back to 1725 – a time when Daniel Defoe was still trying to follow-up his classic novel Robinson Crusoe and Johann Sebastian Bach’s ‘St John Passion’ was ringing in the ears of audiences following its premiere in Leipzig just a year earlier. Sadly now, just 1 percent of St Helena’s land area is covered by indigenous plants such as the Cabbage Tree and, of course, the gumwoods.

Dr Fowler, whose work was once again brought to light most recently as part of a presentation by Dr Belinda Luke at the First International Congress of Biological Control in Beijing, China, in May, found that by 1991 Orthezia insignis had already set about attacking the gumwood trees. Within just two years severe infestations had killed over 100 trees (approximately 10% of the sub-population at Peak Dale) and fears were raised that should the trend continue all 2,500 trees would have been wiped out by 1995. Dr Fowler flagged up this worrying prospect bearing in mind the abundant alternative host plants and lack of natural enemies for Orthezia insignis. See ‘Commidendrum robustum in IUCN Red List of Threatened Species,’ Fowler, 2004, for more enlightenment on this alarm-raising. 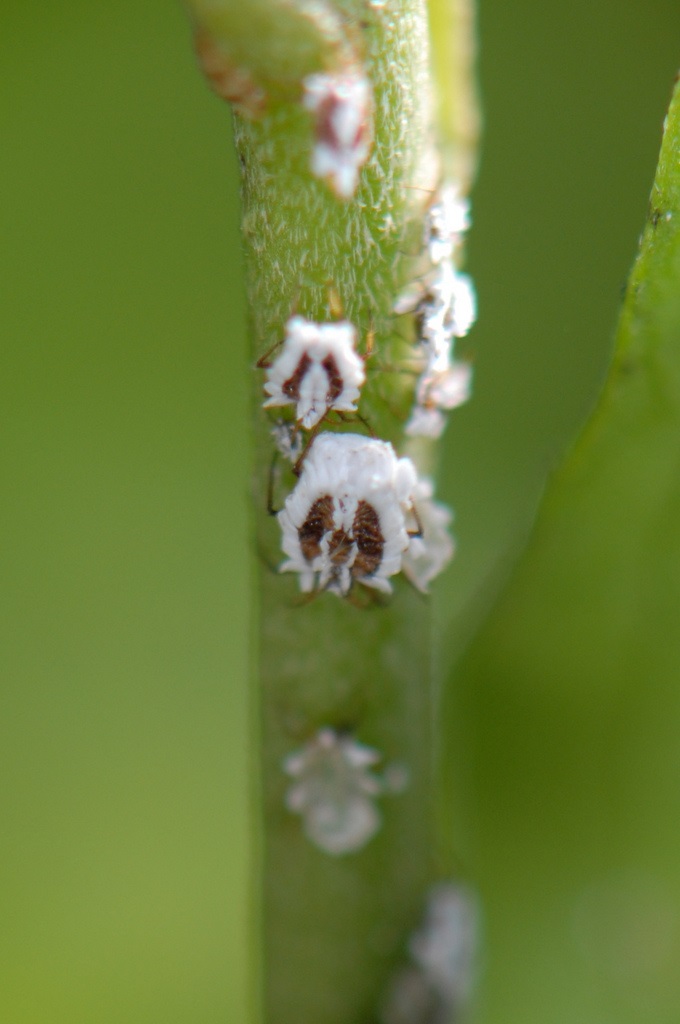 Orthezia insignis’s is a sap sucker whose action not only debilitates the plant directly but the digested plant juices promote the growth of a sooty mould that limits life-giving photosynthesis. Scientists, in a bid to stage a successful fight-back to save the gumwoods from obliteration had to rule out a chemical ‘attack’ against the pest – deemed not feasible due to the steep terrain, no aerial spraying capacity and the risk that the South East trade winds would only blow the pesticide over other endangered indigenous fauna.

The responsibility for saving St Helena’s gumwood population then fell on the tiny ‘shoulders’ of the predatory coccinellid, Hyperaspis pantherina, which first saw ‘action’ between 1908 and 1959 in Hawaii, four African countries and Peru. Having proved its effectiveness in these areas of ‘combat’, Hyperaspis pantherina was finally deployed, and to great effect, in St Helena. This was despite the fact that investigations for this release revealed that the taxonomy and biology of this biocontrol agent were poorly known.

It is safe to say that Hyperaspis pantherina not only saved the gumwood trees but also a number of endemic insect herbivores specific to the species. This included 13 species of beetle, 15 species of moth and eight species of bugs. 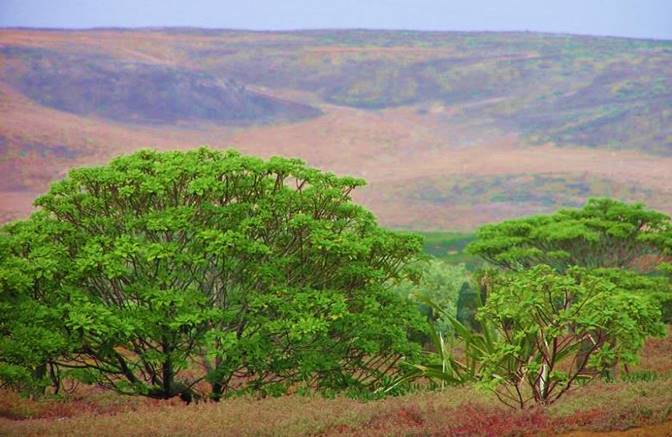 Now St Helena’s gumwoods are flourishing with more than 10,000 trees planted as part of the Millennium Forest. There is local ‘buy-in’ with volunteers involved in cultivation and planting, sponsorship and schools are also engaged in conservation efforts. There is the control of stock and feral grazing animals – all which would have been impossible without the biocontrol of Orthezia.

So, in a nutshell has the biocontrol of Orthezia insignis through Hyperaspis pantherina been a success that will endure for generations to come? According to Dr Rebecca Cairns-Wick, of the St Helena National Trust, it has.

Dr Cairns-Wick says, “The introduction of Hyperaspis to St Helena and its biocontrol of Orthezia is a conservation success story, we would be in a very different situation had Orthezia not been brought under control.”

See Dr Richard Shaw, Dr Belinda Luke and Dr Simon Fowler’s presentation ‘Saving the endemic and threatened gumwoods from extinction: biocontrol to the rescue on St Helena’ which was given at the First International Congress of Biological Control in Beijing, China – 14-16 May 2018: https://www.scribd.com/presentation/384566082/Saving-the-endemic-and-threatened-gumwoods-from-extinction-biocontrol-to-the-rescue-on-St-Helena

CABI scientists are leading a two-year project to improve the biosecurity of a range of islands in the South Atlantic working closely with the UK Overseas Territories of St Helena and the Falkland Islands. Find out more here: https://www.cabi.org/news-and-media/2018/cabi-leads-project-to-improve-biosecurity-in-islands-of-the-south-atlantic/