How technology can change the way farming is conducted 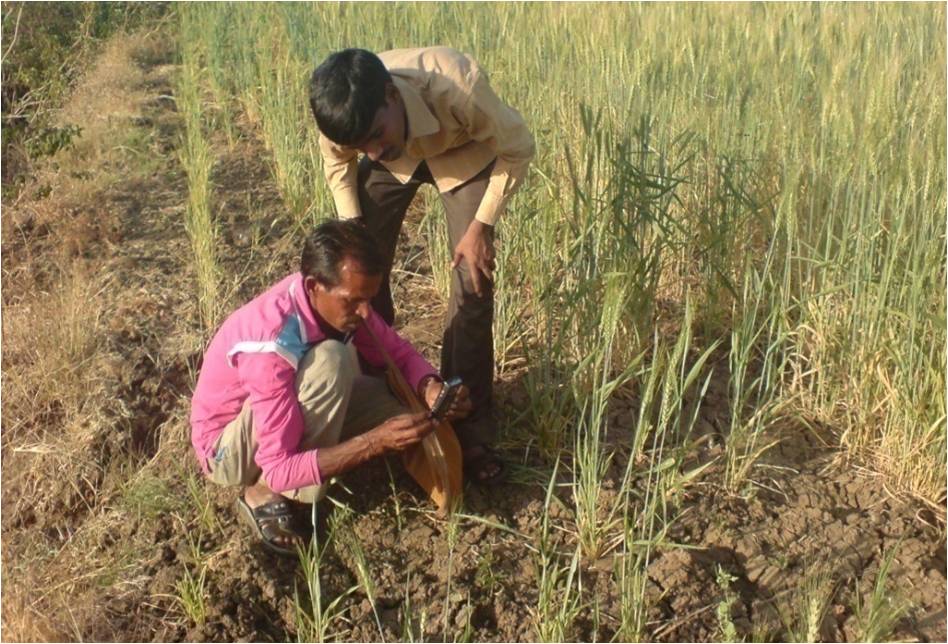 The population of the Global South is growing rapidly. As populations grow, so do requirements for food and nutrition. Improvements in agricultural productivity and sustainability are essential conditions for development to take place. Some regions of the Global South have seen greater success than others in terms of agricultural growth, with low agricultural productivity attributed to lack of knowledge of up-to-date technologies and practices, as well as issues such as climate change. In recent years, to face these challenges, there has been growing activity around use of digital technology for agricultural and rural development in the Global South, to address knowledge gaps, and to establish the building blocks for new rural services.

But implementing technology does not provide a silver bullet solution. The role of technological services needs to be viewed in an enabling context that highlights both systematic and organisational change. This is exemplified by the evolution of a mobile phone-led service from East Africa, which demonstrates that the process of changing agricultural systems is complex, and requires considerable organisational effort as well as the necessary seed corn financing.

m-Farm’s mobile phone service sought to expand access to market information by providing up-to-date market prices via a mobile app, direct to farmers, whilst also connecting farmers with buyers, and cutting out trading middlemen. m-Farm developed a tool that allowed farmers to receive information via SMS relating to the retail price of their products – updated daily with information for 42 crops sold in five local markets, and integrated transactions and payments. Farmers’ experience of the emerging system was largely positive, but m-Farm soon realised that the technology was also having a disruptive effect, as farmers couldn’t store their produce and buyers could easily go somewhere else and buy.

Realising that the problem faced was not primarily price transparency led m-Farm to conclude that a more fundamental change was required in the way that the farmers produced and marketed their produce.

A more fundamental change was required in the way that the farmers produced and marketed their produce.

m-Farm developed a group selling tool, that provided a platform for collaboration, whereby small farmers were able to bring produce to drop-off points. They were then able to send an SMS to the system advertising what they have to sell. m-Farm also addressed problems relating to inputs by developing a group buying tool, allowing farmers to pool resources to negotiate better prices for farm inputs. By this stage, m-Farm was starting to transform into a for-profit organisation, taking a transaction fee for every deal done using its platform, with the number of users from 2,000 in early 2012 to 7,000 in 2014.

The existence of government-run extension officers proved another obstacle and it was identified that farmers needed their own agents to close deals. But the first agents realised that with every deal they made commission and with increased money they became more powerful. This prompted another change of tack and after further consultations with the farmers, m-Farm realised they needed to deal with trusted agents who were not primarily business orientated… and who could provide more agronomical information.

m-Farm’s overriding objective was to achieve commercial sustainability whilst still retaining a social function. It moved from a market of ‘middlemen’ buyers and farmers to collaborative forms of collective action. In this case, structural transformation went hand-in-hand with the requirement for new forms of ‘re-intermediation’. These experiences stimulate new approaches to agricultural extension, practiced through value chain improvements and group-based action.

The re-design of value chains, both longitudinally along the value chain, and laterally via cross functional networks, lies at the heart of the type of change driven by m4Agric services. This process of changing agricultural systems is complex, and requires considerable organisational effort as well as the necessary seed corn financing. m-Farm benefited from initial and ongoing investment in digital infrastructure from donors, which increased over time, as applications needed further development and eventual commercialisation to make them sustainable.

This process of changing agricultural systems is complex, and requires considerable organisational effort as well as the necessary seed corn financing.

Understanding the characteristics of the sector market and how it operates is critical for any successful ICT application. Successful interventions should build upon the specific characteristics of local demand, or the ability to identify specific farmers’ or more importantly farmer groups’ needs. Small-scale subsistence farmers may lack the incentives to collaborate or to grow because they remain embedded into a particular physical and institutional context, a context that mAgric initiatives may find difficult to transform. Local enablers of innovation processes are crucial for overcoming these obstacles, and in the development of successful mobile applications for agricultural development.

Other key elements in effective mAgric solutions include:

Digital technologies can play an important role in the Global South, supporting a broad range of interventions which are designed to strengthen research and innovation in the agricultural sector but those implementing them need to be committed to ongoing organisational development of systems.

Richard Duncombe took his PhD at the University of Manchester within the Global development Institute (GDI). Previous to this Richard lived and worked in Africa working in the field of ICT4D (information and communication technologies for development) in Tanzania and Botswana for most of the 1990s before moving to the University of Manchester as a Lecturer in 2000. Richard works at the Centre for Development Informatics (CDI) the largest academic group dedicated to ICT4D work in the UK. 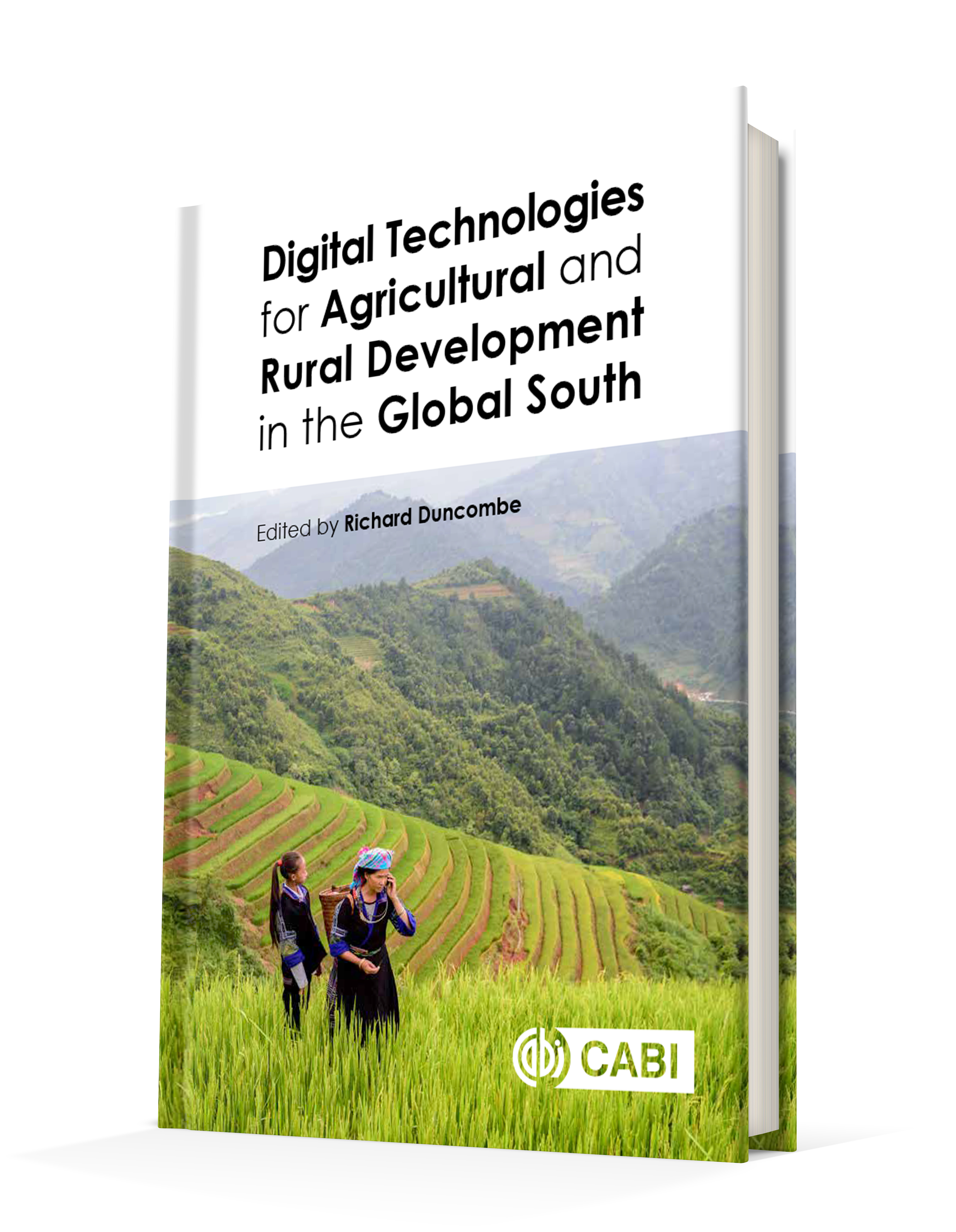 Richard’s book is available to buy from the CABI Bookshop.

Adapting to a warming world

As countries around the world consider how to ‘build back better’ after the impacts of Covid-19, tackling climate change and shifting economies towards low-carbon pathways has played a prominent part in many policy discussions. But, to truly build back…