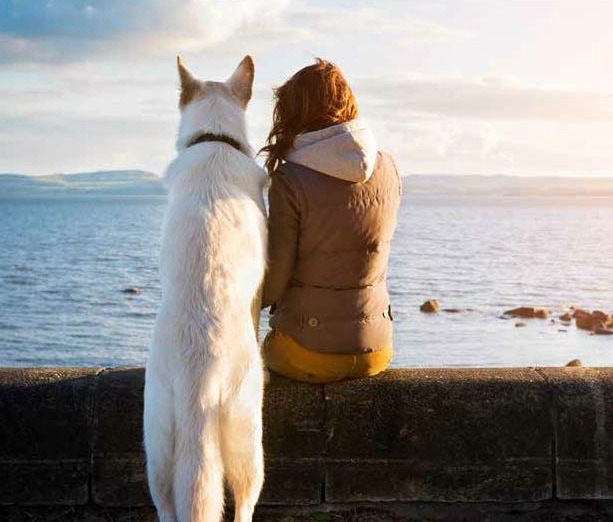 The term ‘One health’ was created to emphasise the fact that health of humans and animals were inter-linked and that the control of zoonotic diseases is best achieved by breaking down the barriers between human and veterinary medicine, developing an holistic approach. The disaster of BSE and the emergence of a new human disease, variant-CJD, and the risk of another pandemic of avian influenza, strengthened the case for One-health, and it has been adopted by the WHO, OIE, and many other relevant organizations.

Within the area of One-health, interest has been growing on the modern phenomenon of companion animals. In many parts of the world, particularly in developed countries, pets – mainly dogs and cats, are kept as companions, and are treated as one of the family. They are pampered and treated to expensive veterinary treatments when they become ill, whereas in earlier times, a sick pet would be destroyed and replaced. This attitude to animals is particularly well established in the UK, a nation of animal lovers, with an estimated 12 million (46%) households incorporating about 65 million companion animals, and  where it is not unusual to see a sign on the door of a pub saying “No children, dogs welcomed”.

The beneficial health effects that animals can have on people has been recognised with such schemes as riding for the disabled and therapy dogs that are trained to provide affection and comfort to people in hospitals, retirement homes, nursing homes, schools, hospices, disaster areas, and to people with autism. The term ‘human animal bond’ was coined to describe this mutually beneficial and dynamic relationship between people and animals that is influenced by behaviours that are essential to the health and well-being of both.

That animals have a beneficial impact on humans is well established, but measuring what that impact is and expressing it in economic terms is more complex. However, this is the aim of a research report entitled “Companion Animal Economics: The Economic Impact of Companion Animals in the UK” by Sophie Hall, Luke Dolling, Katie Bristow-Wade, Ted Fuller, and Daniel Mills [ http://www.cabi.org/bookshop/book/9781786391728 ]. The report aims to update the 1988 report by the Council for Science and Society Report (CSS), which described the role of companion animals in society. The updated report has attempted, where it is possible, to put economic values to the benefits, and the problems attributed to companion animals. 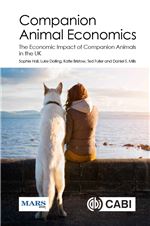 The negative impact of companion animals includes animal abandonment, animal waste (fouling), zoonotic diseases, and accidents (including animal bites). The average cost for dealing with an abandoned cat is £353 and approximately £700 for a dog. It is estimated that there are 300,000-400,000 dogs abandoned or lost each year and probably more than 50,000, with a total surplus of about 500,000 a year. Companion animals produce some 3000 tonnes of waste a year, although the report states that legislation has greatly reduced the fouling in public places.  The number of cases of the main zoonotic disease from companion animals has declined since 1988, but there are still some 30 zoonotic diseases carried by dogs, including food poisoning. The role of companion animals in transmitting antibiotic resistant infections is a cause for concern, but hard to quantify. An easier problem to measure is the number of bites from dogs. These seem to have decreased since 1988 from up to 200,000 animal bites a year to just over 10,000 reported. Taking the number of bites that require medical treatment it is estimated that costs to the health service from bites is around £10 million a year. Dogs can also cause road accidents those these figures are much lower in 2004 (254 and 1 fatality), compared with in 1988 (75,000 and 23 fatalities).

The list of benefits from companion animals is much longer. Owning a pet, particularly a dog, improves survival rate following a heart attack and appears to improve survival from breast cancer. Health benefits of owning include the lowering of blood pressure (individuals with a positive attitude to companion animals had lower blood pressure levels than those with a negative attitude). Pet ownership is also linked to lower levels of allergic rhinitis, asthma, and eczema in infants. Dog ownership increases the amount of physical exercise that people take, with the health benefits that that brings. Dog walking also reduces social isolation which is a major contributor to mental health.

It is in the area of mental health that animals may have their largest impact. Mental health problems affect up to one in four people at some time in their life, and the increase in people living alone will probably increase this figure. Individuals owning companion animals appear to have better psychological well-being, with companion animal owners reporting greater happiness and health compared to non-owners. Companion animals can reduce anxiety in families, and can have beneficial effects in families with autistic children, and with coping with life events such as bereavement. Pet owners also tend to have fewer visits to the doctor for medical problems.

In the UK, based on 2013 health expenditure figures, the saving due to the existence of companion animals were £2.45 billion. This is an approximate but conservative estimate, and does not include other benefits such as fewer days off work. This figure is significantly large to draw the attention of public health policy makers. There are many other ways in which animals contribute to health, such as with therapy dogs, hearing dogs, dogs for the blind, and classroom dogs.

The authors conclude that there is overwhelming evidence that companion animals have a significant economic impact on the economy, but because it is hard to measure all of the components of this, so the scale remains uncertain. Certainly the economic benefits that companion animals bring to society greatly outweigh the costs of the harmful effects. The authors recommend the need to explore the savings that could be made to government spending through low cost interventions such as the greater exploitation of the value of companion animals in society.

[The Human-Animal bond will be the subject of the 6th CABI-RVC Symposium on animal welfare and behaviour on 21st June 2017 at the RVC, Camden Town, London. More details of this in the New Year.]