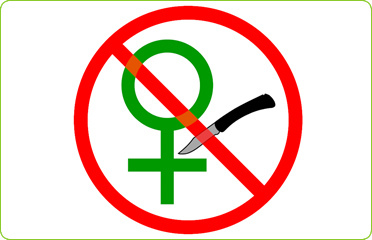 ON February 26th, BBC Radio 4 programme Woman’s Hour launched the Woman’s Hour Power List 2014, which this year will identify the top 10 female ‘game changers’ operating in the United Kingdom today. Women resident in the UK  who are “changing the rules in culture, society and business” in our country.

The Power List will be drawn up by a panel of 5, from candidates suggested by expert witnesses and Radio 4 listeners. In the programme, Emma Barnett (panel chair) and Rachel Johnson (panel member) were interviewed live as to their criteria for choosing the 10 (we also heard from other panel members via taped interviews).

It became clear that though they expected to be considering high profile whistle-blowers and twitter campaigners, they were not looking for women already household names but those who within their sphere had “game-changed”.  Women who were not close to traditional sources of power i.e. with easy access to parliament, but who were influencing lives to make them better.

Age was not to be a limitation, for teenage girls have game-changed on the world stage, such as Malala Yousafzai who has influenced education of girls in the Arab world and in Pakistan.

Last year’s Woman’s Hour Power List had 100 names, an average age over 50, and many well-known. They want this 2014 list to be younger and have unexpected names:  a list to make people sit up and think “wow I never knew about her!”

The interviewer suggested a name, which they all agreed was exactly the kind of person for the list, and this name caused my ears to perk up!  It was Fahma Mohamed, the teenage female genital mutilation (FGM) campaigner who, supported by the Guardian newspaper, recently ran a petition to lobby the government to address FGM in the UK. Here in the UK, schoolgirls are sent away for "summer cutting".

As public health editor I had been aware of the FGM issue in Africa and in the UK for a number of years.  I had done what I could to commission a review on it for CAB reviews (the idea being that the UK could benefit from lessons learned from African countries who were tackling this issue), and I signed Fahma’s petition and passed it on to  the campaign forums HIFA2015 (over 6000 members) and CHILD 2015 to garner further support.

The petition reached over 250,000 signatures in 20 days, signatories included senior police officers, and Malala Yousafzai and the UN Secretary General Ban Ki-moon leant their support to the campaign. It was presented to UK Education Secretary Michael Gove on February 25th 2014 by Fahma and other anti-FGM campaigners.

Michael Gove agreed to write to all schools about FGM, reminding them of their duty of care and to encourage education on the health risks of this practice. A major success for Fahma, member of the anti-FGM charity Integrate Bristol, and for the fight against FGM in the UK.  The Guardian reports that over 66,000 women and 24,000 schoolgirls are at risk from this practice in the UK. Worldwide it affects 140 million women.

I am very glad to have played a tiny part in the FGM campaign. I look forward to reading the list of 10 game-changers (to be announced on Wednesday 9 April with a special edition of Woman’s Hour live) and finding unexpected names and areas of work.

NB: There are 254 records on CABI’s Global Health database on  ("female genital mutilation" or "female circumcision").

Fahma Mohamed: the shy campaigner who fought for FGM education