Angry and sad at Xmas: victims of adolescent bullying 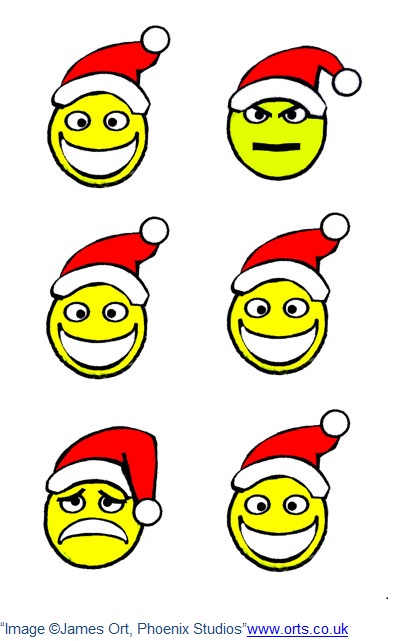 There have been far too many stories recently of desperate teenagers committing suicide, and an unknown number of families today will be reeling from the discovery that their teenager is seriously self-harming because of bullying. Mobile phones and social networking sites have exacerbated an age-old problem so that there is nowhere to hide.

Poison-pen letter writers are no longer adults in detective stories. They have been brought right up-to-date, and are alive and well reincarnated in teenagers. Incapable of empathy with their victim, remote bullying via texts, phones, videoclips and the internet makes it so easy & so much more devastating, reaching  beyond a school, covering entire towns & counties,  and as its not face-to-face, even less likely for the teenage bully to empathise.

There also seems to be more serious consequences to bullying these days:  beyond loss of confidence, our society is experiencing a rise in self-harming and suicide amongst teenagers. Is it because teenagers these days are so interested in relationships & celebrity, following soaps avidly, that they are posting the minutiae of their lives online for all to see as if they were part of a soap opera?

What is the research evidence available to understand what’s going on?

I took a look and discovered to my horror that being bullied in primary schools can set you up to self-harm when you are a teenager in your next school.  Being Bullied During Childhood and the Prospective Pathways to Self-Harm in Late Adolescence ,  was co-authored at Warwick University, UK. Their press release reveals that 16.5% of 16-17 year olds had self-harmed in the previous year, and 26.9% of these did so because they felt as though they ‘wanted to die’. Those who were subjected to chronic bullying over a number of years at primary school were nearly five times more likely to self-harm six to seven years later in adolescence.[see press

Furthermore, other research shows being both the bully and the bully-victim is linked to an increased risk of suicide or mental illness. I also discovered that self-harming is a very difficult habit to break.

Is there any training being given to teachers and parents? Is it just lip-service to Department of Education guidelines?

If we can nip it in the bud at primary school, and give the vulnerable (& their parents) resilience skills we stand a chance of reversing the trend. [An example of hope is Good practice film – Edith Neville Primary School: Anti-bullying]

The trouble is identifying the vulnerable…it doesn’t take much… even the beautiful can be picked on.

Mr Cameron has declared that social networking sites should be policed more effectively (BBC News – PM in vow to Izzy Dix's mother over online bullying) but what we really have to achieve is children, teenagers and adults, who would not dream of bullying: who recognise it in all its forms and just do not do it.

In this increasingly networked world, what we need is the same level of abhorrence to bullying as to driving drunk.

References from the Global Health database
…demonstrating the problem is universal.

and an article from the Huffington Post which interviewed public health practitioners:  Bullying Increasingly Seen As A Public Health Issue

Mental Health – What can we learn from low and middle income countries?

Sign up for our free Global Health newsletter here

Bullying among adolescents and teens

Not Your Usual Bullying

Adult Bullying: What You Need To Know And How It Affects Your Health

Cyber-bullying; Bullying That Follows You Home