Most of us have preferences such as left- or right-handedness, and tend to favour one eye over another to look down a telescope. These biases are the result of brain lateralisation, with a dominant left side of the brain leading to right handedness, and vice versa. Many animals show comparable biases. Lesley Rogers believes a better understanding of these biases could be used to improve animal welfare. Rogers, of the University of New England, Australia explains her ideas in an article in CAB Reviews. 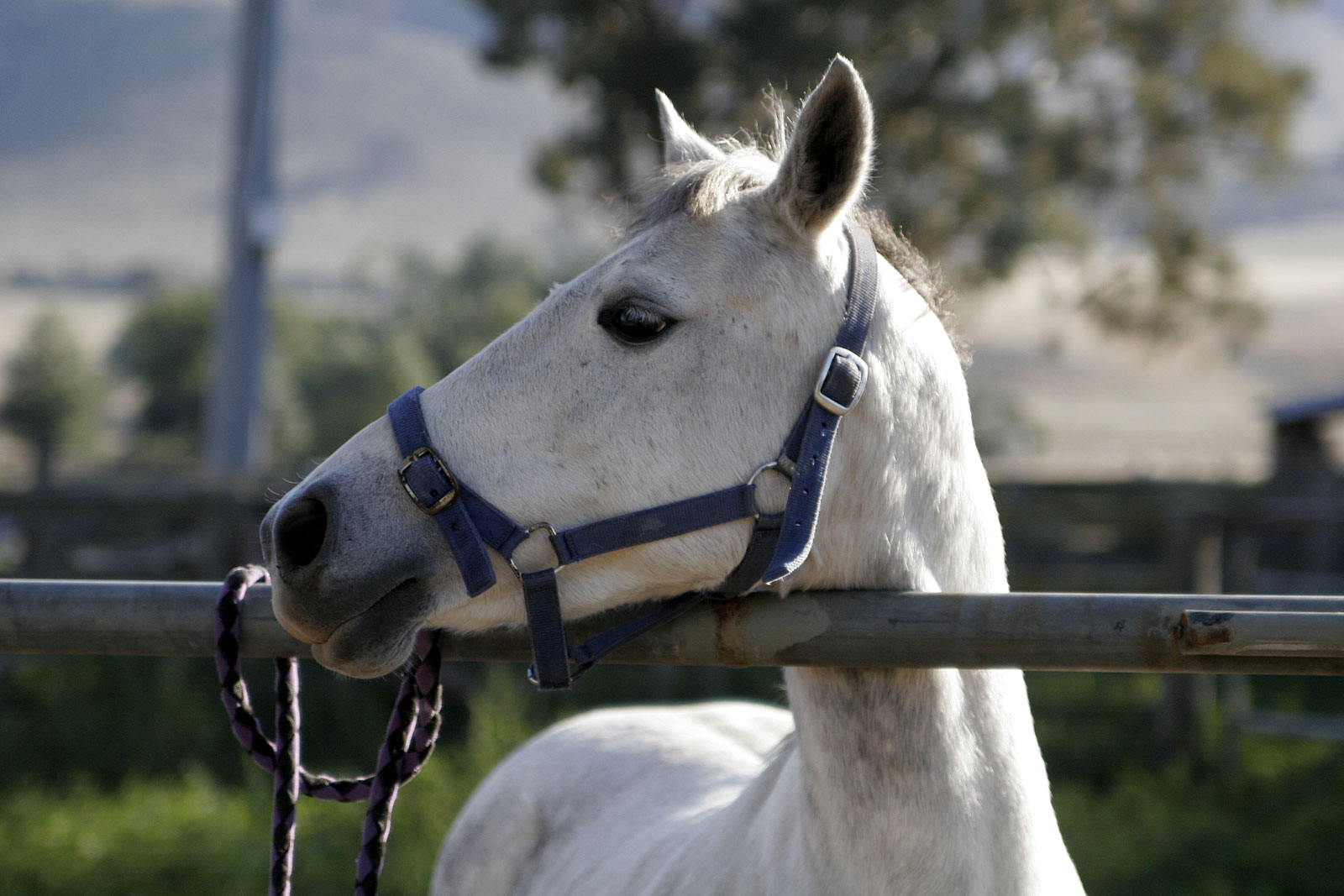 Horses, like many animals, show side bias  (Fir0002/Flagstaffotos, see License).

The left hemisphere of the brain deals with repeated stimuli, paying attention and learning rules, whilst the right is more concerned with emergency responses to threats. Given the switch over between brain side and the part of the body that it relates to, this means that domestic chickens prefer to look at potential predators with their left eyes (associated with the right hemisphere), but to use their right eyes (and left hemisphere) to search for food, having learned rules for what is and isn’t food. Many animals respond more strongly to predators that approach them from the left.

The right brain’s emergency response role means that it has greater control over heart rate and stress hormones. It is also the side that deals with face recognition, which is consistent with animals knowing their position in a social hierarchy.

Rogers sees two key ways of using this information. The first is being able to interpret behaviour that is biased to a particular side in terms of the level of stress experienced by an animal. The second is to developing ways of handling animals that take account of their preferences so as to reduce stress levels.

So can animals show that they are stressed by preferential use of one side of the body? One study showed that dogs that were more fearful of stressful sounds tended to turn their left ears towards the sounds. Rogers suggests that it might be possible to identify potentially troublesome dog-owner relationships through a dog’s increased tendency to use its left ear when responding to the handler.

Another study showed that a dog tends to respond to its owner by wagging its tail on the right side, indicating use of the left hemisphere; but to unfamiliar humans, cats and dominant dogs by wagging on the left. She suggests that it might be possible to assess potential owner-dog relationships by the extent of this bias. Rogers relates this to evidence suggesting that left-handed chimps and marmosets are generally more fearful than right-handed ones.

Can such knowledge help us to handle animals in a way that causes them to experience less stress? Horses are more fearful of approaches from the left, but yet the convention is to lead and mount them from the left. This may be because human handlers, who are predominantly right-handed find it easier. Rogers suggests that racecourse designers might pay particular attention to avoiding fear-arousing stimuli on the left side of the course. Another possibility is to train animals in ways that encourage the use of the left hemisphere, with the expectation that this might reduce anxiety.

The paper, Does brain lateralization have practical implications for improving animal welfare? by L. J. Rogers appears in CAB Reviews, 2011, 6, 036, 1-10.