Most people have heard of St Helena and perhaps a few are even aware that it is a UK overseas territory in the South Atlantic. Its greatest claim to fame is that Napoleon was exiled to the island and died there, but what many people might not appreciate is that the biodiversity on the island is almost equal to that of the Galapagos islands.

The cloud forests on St Helena contain 250 endemic species and entire ecosystems found nowhere else on earth. The foundation of these unique ecosystems are the endemic trees of the cloud forest; but they are under threat.

Historic logging and deforestation to clear land for pasture, commercial forestry and flax fibre plantations have reduced the vast swathes of forest (made up of the curiously named “Cabbage trees”) to a relatively small area mostly on the mountain tops. Although deforestation stopped long ago new risks have emerged threatening these unique ecosystems. Cabbage trees and other native tree species suffer increasingly from dieback likely to be caused by a plant disease. Similarly, some endemic insect populations are also diminishing after becoming infected by fungal pathogens.

Attempts to reforest the mountain tops and extend the range of the cloud forest have been hampered by problems in the nursery-raised seedlings, the saplings exhibit signs of pests and disease and can struggle to thrive.

St Helena is not quite the sub-tropical paradise you might imagine and life is tough for residents. A reliance on imports makes the cost of living high and volatile and, due to the pandemic, the island has already experienced food shortages and consequent significant price increases revealing the relative poverty that exists amongst low income families.

CABI has recently received a grant from the Darwin Initiative (funding from Department for Environment, Food and Rural Affairs) to investigate the dieback of the cloud forest trees and the disease related decline of insect populations. The project also intends to catalogue the diseases affecting local farming systems and to improve the management advice, thus enabling growers to increase productivity.

A CABI team of plant pathologists, entomologists and a mycologist specialising in entomopathogenic fungi (fungi that attack insects) will be working with Prof Robert Jackson of the University of Birmingham and his PhD student Amy Webster in association with Dr Rebecca Cairns-Wicks of the St Helena Research Institute, and the Environment, Natural Resources and Planning Directorate on St Helena for three years.

Unravelling the potential causes of the cabbage tree dieback is going to be challenging says Dr Phil Taylor, one of the CABI scientists due to travel to the island in February. “The dieback could not only be due to a single disease but a number of different, but interrelated problems. Climate change either directly, or through the extension of the host range of pathogens or vectors that carry the problem is a possibility; alternatively, climate change may not be involved and the problem may have been caused by an only recently introduced pathogen.”

As well as investigating the problems associated with the native flora and fauna, capacity building will also take place.  Whilst the diseases and pests of most countries have been well documented, plant diseases of horticultural crops on St Helena are not so well studied and previous surveys are well out of date.

Dr Rob Reeder, a CABI plant pathologist, commented, “We are expecting to find many common diseases on fruit and vegetable crops, but the challenge will be to identify those that are causing the biggest problems and to help local people to recognise and overcome them. Special care needs to be given when designing management interventions so as not to upset in these unique and delicate ecosystems.”

Dr Reeder will also be involved in the study of the tree dieback and will be investigated both the problems of the mature trees on the mountain tops and those in the nursery he points out. “The difficulty of working with an unknown problem is that there could be more than one problem; the death of trees in the cloud forest and those in the nursery may be due to several issues and these may not even be related. We need to identify the causes in both cases,” he added.

Previous CABI work on St Helena, under the Darwin Initiative, included a two-year project to improve the biosecurity of the island – along with the Falkland Islands – by improving Pest Risk Assessment (PRA) procedures using the CABI Horizon Scanning Tool. The work sought to identify invasive species that can decimate plants, crops and native species before helping to support decision making on ways to respond to any introductions with adequate control measures.

Photo credit: Hans via Pixabay The world’s leading climate scientists have issued their most extensive warning yet on the risks associated with increasing global temperatures.  The authors of the new report, published yesterday in Incheon, South Korea,…

Tourism and sustainable development in Africa

Global food and poverty issues on the table 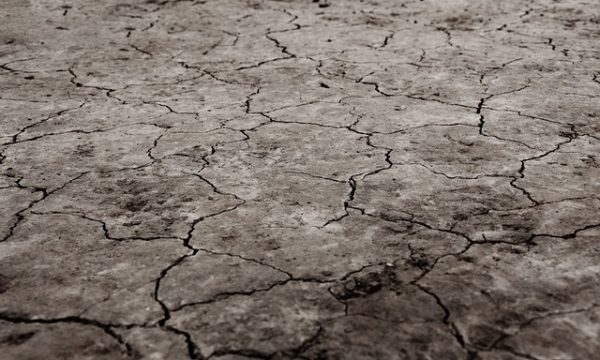