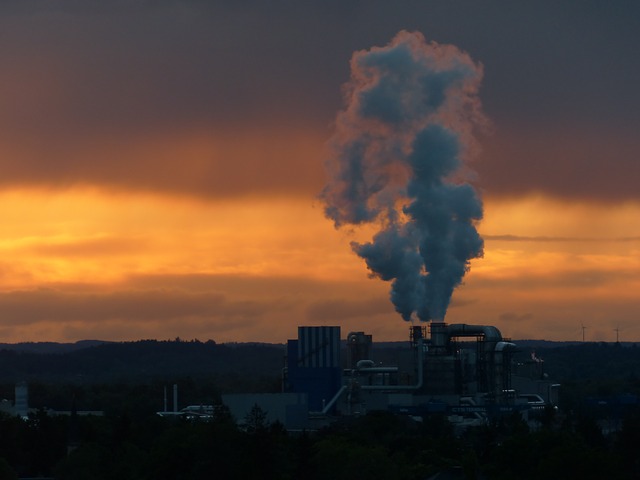 The world’s leading climate scientists have issued their most extensive warning yet on the risks associated with increasing global temperatures.  The authors of the new report, published yesterday in Incheon, South Korea, by the Intergovernmental Panel on Climate Change (IPCC), say that urgent, far-reaching and unprecedented actions are needed across society, in order to limit warming to a maximum of 1.5°C above pre-industrial levels.  Exceeding this target by even half a degree significantly increases the risk of flooding, droughts, extreme heat and poverty for millions of people around the world.  However, the authors believe the changes needed are achievable, but only if we act now.

Policymakers commissioned the report at the COP21 Paris climate talks in 2015, where governments pledged to put forward their best efforts to combat climate change and limit warming to 1.5 to 2°C above pre-industrial levels through “nationally determined contributions”, which are a set of post-2020 climate actions.  Ultimately, the success of the climate agreement will, to a large extent, depend on the ambition of these pledges. To date, 181 Parties have ratified the agreement.  Ninety-one authors and review editors from 40 countries were involved in the report, prepared under the scientific leadership of all three IPCC working groups. Working Group I assesses the physical science basis of climate change; Working Group II addresses impacts, adaptation and vulnerability; and Working Group III deals with the mitigation of climate change.

According to the report, the world is already 1°C warmer than pre-industrial levels (i.e. before the Industrial Revolution began in 1750), and it makes clear that the effects of climate change are already apparent through record droughts, fires and devastating hurricanes that have become all-too-familiar in recent years.  Having analysed over 6,000 research articles, the study forecasts the likely outcomes for biodiversity, human health and extreme weather events, at a 1.5°C and 2°C trajectory.

According to the report, limiting warming to 1.5°C compared to 2°C, may reduce the proportion of the global population exposed to water stress by 50%, although this projection varies considerably by region.  Half a degree of extra warming is estimated to bring an additional 10 cm sea level rise, which would affect 10 million more people by 2100, particularly those residing in low-lying areas as well as putting additional pressure on coastlines. Rising temperatures also increases the risk of vector-borne diseases, such as malaria and dengue fever, as warming shifts their geographical range.

But it’s not only us humans that will be affected by the rising temperatures; the natural world will also take a hit.  The authors predict that insects, essential for the pollination of our plants and crops are nearly twice as likely to lose half their habitat at 2°C than 1.5°C and 99% of corals would be lost at 2°C, while more than 10% would have a chance of survival, if the lower target is met.

The IPCC examines four pathways to achieve the 1.5°C rise, with various combinations of land use as well as technological innovations.  Carbon pollution would need to be reduced by 45% from 2010 levels by 2030 (compared to 20% reduction under the 2°C pathway) reaching “net zero” by 2050.

The report shows that large-scale carbon dioxide removal (CDR) strategies will be necessary and it stresses the need for greater forest protection and reforestation schemes, carbon offsetting initiatives and direct air carbon capture and storage.  Adaptation measures, including ecosystem restoration, adoption of green infrastructure, sustainable land use and water management are also recommended to improve our resilience to the impacts of climate change.

The authors acknowledge that some progress has been made, particularly with regards the adoption of renewable energy.  Since the Paris summit in 2015, the price of large scale solar and wind energy has fallen so much so that in some areas, it has become more cost-competitive than natural gas and coal.  In 2017, Scotland met 68.1 percent of its energy needs through renewable sources.  China and India are also making significant investments in renewable energy, having both recently increased their renewables targets.

The report shows that we are at a crossroads and at the current level of commitments; we are on track for a rather alarming 3°C rise. What actions we decide to take over the next 12 years will be fundamental, particularly for carbon dioxide emissions. The report is due to be presented at the next major climate summit, COP24, in Poland, in December 2018.

“This report gives policymakers and practitioners the information they need to make decisions that tackle climate change while considering local context and people’s needs. The next few years are probably the most important in our history,” said Debra Roberts, Co-Chair of IPCC Working Group II in a press release.

The report’s full name is – Global Warming of 1.5°C, an IPCC special report on the impacts of global warming of 1.5°C above pre-industrial levels and related global greenhouse gas emission pathways, in the context of strengthening the global response to the threat of climate change, sustainable development, and efforts to eradicate poverty.  It is the first in a series of Special Reports to be produced in the IPCC’s Sixth Assessment Cycle. In 2019, IPCC will publish its Special Report on the Ocean and Cryosphere in a Changing Climate, and Climate Change and Land, which will look at how climate change affects land use.

The Summary for Policymakers presents key findings of the Special Report.