A comprehensive review of insect declines around the world gives a stark picture of the scale of the declines and the consequences both for ecology and human welfare. The paper, published in Biological Conservation, warns that 40% of the world’s insect species could become extinct within a few decades under current trends. And the loss of this diversity could lead to dramatic increases in pest insects which harm food production and human health.

The authors of the study reviewed 73 historical reports of insect declines from across the globe, and assessed the underlying drivers. The analysis reveals which taxa are most affected, and finds that while many insect groups are declining, the abundance of a small number of generalist species is increasing. And much of the decline is due to human activity, through factors such as habitat loss, pesticide use and climate change.

In order of importance, the main drivers of species decline are identified as:

i) habitat loss and conversion to intensive agriculture and urbanisation;
ii) pollution, mainly that by synthetic pesticides and fertilisers;
iii) biological factors, including pathogens and introduced species; and
iv) climate change. This factor is particularly important in tropical regions, but only affects a minority of species in colder climes and mountain settings of temperate zones.

The study says that species such as bees, ants and beetles are disappearing eight times faster than mammals, birds or reptiles. In terrestrial ecosystems, Lepidoptera, Hymenoptera and dung beetles (Coleoptera) appear to be the taxa most affected, whereas four major aquatic taxa (Odonata, Plecoptera, Trichoptera and Ephemeroptera) have already lost a considerable proportion of species. Affected insect groups not only include specialists that occupy particular ecological niches, but also many common and generalist species. The Hymenotera include key pollinators such as bees and wasps, and there are also concerns about vital services in recycling provided by insects such as dung beetles.

Loss of pollinators threatens not only crop production, but also the survival of thousands of plant species that depend on pollination services. Insect declines also threaten the whole food chain. Insects feed birds and small mammals, which in turn feed larger predators. Aquatic insects feed fish, which are a vital source of human food in many parts of the world. The total mass of insects is falling by a precipitous 2.5% a year, according to the best data available, meaning that in just ten more years there would be a quarter less insects in the world.

While many insects are at risk, the review also finds that a small number of species are likely to be able to adapt to changing conditions and do well.

“Fast-breeding pest insects will probably thrive because of the warmer conditions, because many of their natural enemies, which breed more slowly, will disappear” said Prof Dave Goulson from the University of Sussex who was not involved in the review, quoted by the BBC. Insects such as houseflies and cockroaches which live comfortably in human-made environments and which in some cases have evolved resistance to pesticides, may also thrive.

Lead author Francisco Sánchez-Bayo from the University of Sydney in Australia said the unusually strong language used in the review was not alarmist. “We wanted to really wake people up” and the reviewers and editor agreed, he said. “When you consider 80% of biomass of insects has disappeared in 25-30 years, it is a big concern.”

Most of the studies reviewed in the paper come from Europe and North America, with a handful from countries such as Australia, China, Brazil and South Africa, and there is a clear need for more research to be done in under-represented continents such as Africa and South America.

The paper concludes: “A rethinking of current agricultural practices, in particular a serious reduction in pesticide usage and its substitution with more sustainable, ecologically-based practices, is urgently needed to slow or reverse current trends, allow the recovery of declining insect populations and safeguard the vital ecosystem services they provide. In addition, effective remediation technologies should be applied to clean polluted waters in both agricultural and urban environments.”

A search on CABI’s Environmental Impact resource gives a good starting point for subscribers to find relevant research on this topic. Other index terms such as “land use” or “intensification” may also be useful in targeted searches, as are specific phrases such as “insect biodiversity”. Some example references of interest are listed below. 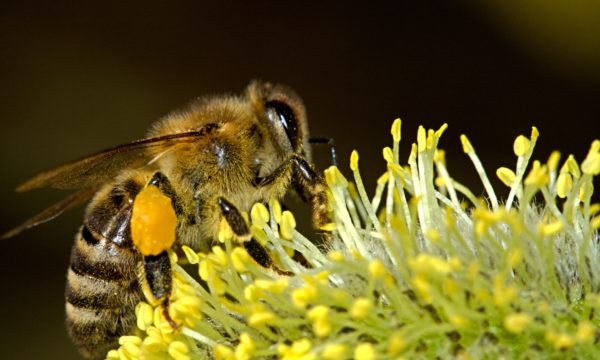