Women keep in touch through the power of radio

Campaigns create greater equality of access to information across farming households, but formats are as important as channels, argue Duncan Sones of the Africa Soil Health Consortium (ASHC) delivery team…

The ASHC campaign-based approach explored the use of a variety of channels to build multiple media campaigns. ASHC has been testing the hypothesis that the more varied the channels of information reaching a farming household – the more likely they’re to trial or adopt new technologies. For example, evidence collected from the outcome evaluation of the Scaling-up Improved Legumes Technologies (SILT) in Tanzania suggested this is the case.

Traditional approaches, like farmer groups or extension meetings, tend to be the domain of the male heads of the household. They transmit the information to the rest of the family.

We thought that if different members of the household obtained information first hand, then there’s a different scenario. Households, for instance, might be more likely to discuss the recommendations they’ve received. Furthermore, because more people have seen the information, the quality of adoption is likely to be better than if one person tried to remember all the nuances of the approach.

Whilst we set out to explore the combinations of media channels that help information to travel through farming communities, we’re increasingly interested in the impact of different formats.

Films offer a wide choice of formats to share with farmers. In Ghana we’ve incorporated a number of styles in village-based film screenings. These have included:

You can see a sample of the different film styles used in the Northern Ghana campaign in this preview film here.

Working on information campaigns in Ghana presented challenges associated with the very large number of official and other local languages spoken by the target audiences. The general rule we follow at ASHC is that the spoken word has to be in the local language. For the written word, however, we favour the language that secondary schools use to teach science. So, working in the right language is important.

In Ghana we also tested two different formats. A short leaflet version and a longer leaflet version (see below). In both cases, we dispensed with the cover to give us the maximum space to explain the technology. The leaflets were handed out to farmers so didn’t need to have decorative covers to attract attention.

You can see the long version of the leaflet to help farmers grow soybean here.

The best media formats will reference the community culture of the target community. Often this is achieved when they are designed with, by and for the communities they’re meant to serve.

Two popular local musicians were selected to work on the project. They were given copies of the technical brief and asked to created a pop song that would resonate with local farmers and carry the key messages on soybean agronomy.

We wanted to do this for a number of reasons. We were interested in using Bluetooth and other technologies to easily pass around a video and make it go viral. Music offered us lots of opportunities for repetition to drive home they key messages. We also thought that linking smart farming messages to local heroes was a good way to make farming attractive to younger farmers. To date, the music videos have been shared with over 40,000 people in the northern region using Facebook.

What became clear very early on was the detailed knowledge of local music and farming cultures that Raymond Vuol and Anas Inusah from Countrywise had. This meant that good choices were made for the commissions.

To get the messages over to farmers in the area around Tamale, the Choggu Boys were commissioned. These cousins are Tashiru Tahiru (better known as Black Echo) and Abdulai Alhassan (who performs at Leo Khan). Ghanatrase.com describes them as ‘one of the top arts based in the Tamale the north of Ghana.’ They are known for their Hip Life performances (Hip Hop in the Dagbani language).

The concept for the video, developed by Countrywise was to pose the Choggu Boys as farmers – one who knew about soybean and one who didn’t. This allowed for a ‘call and response-style’ format to get the message over to the audience.

El-twist was commissioned to create the Dagaare version of the music video for the Upper West Region. His musical genre is the more lilting tones of High Life, Ghanaian reggae.

The approach to agriculture in the area around Wa, where El-twist is based, is much more communal. In this video concept, Countrywise dressed El-twist as a farmer and headed for Lassia Tuolu. He’s seen ringing a bell to call people together, because it’s time for the women to work together on his wife’s field. As they go off to prepare the land they’re serenaded by El-twist. The song reminds them of why soybeans are a good crop and spells out all the key agronomic information that the women need.

Careful commissioning means that implicit in the video is an awareness of the musical genres and farming approach that’ll resonate with the audience.

Across Africa there are a number of radio programmes dedicated to farmers. Often these are extension staff answering questions or sharing information for the allotted time slot. Whilst the programmes are targeted at farming household’s needs, little is done to make the content entertaining.

In Tanzania, the SILT project resulted in a number of participatory radio programmes. Magazine-format programmes were produced which included reports from the field, phone-ins, poll questions and other approaches designed to engage listeners.

The team wanted to explore and widen the radio format in the programmes. Farm Radio International worked with a team of writers and gender specialists and a 6-part radio drama was developed and broadcast.

The thinking, which has yet to be tested, is that drama is the format that is most likely to appeal to women. Radios are often the property of men. This means there’re challenges around women accessing radio content. The solution was to present a radio drama within the magazine format. In this way, the women are more likely to be able to access the programme. We need to do more research to understand how the programmes were received in the farming households and to ensure that the content is accessed and appreciated by the target audience. 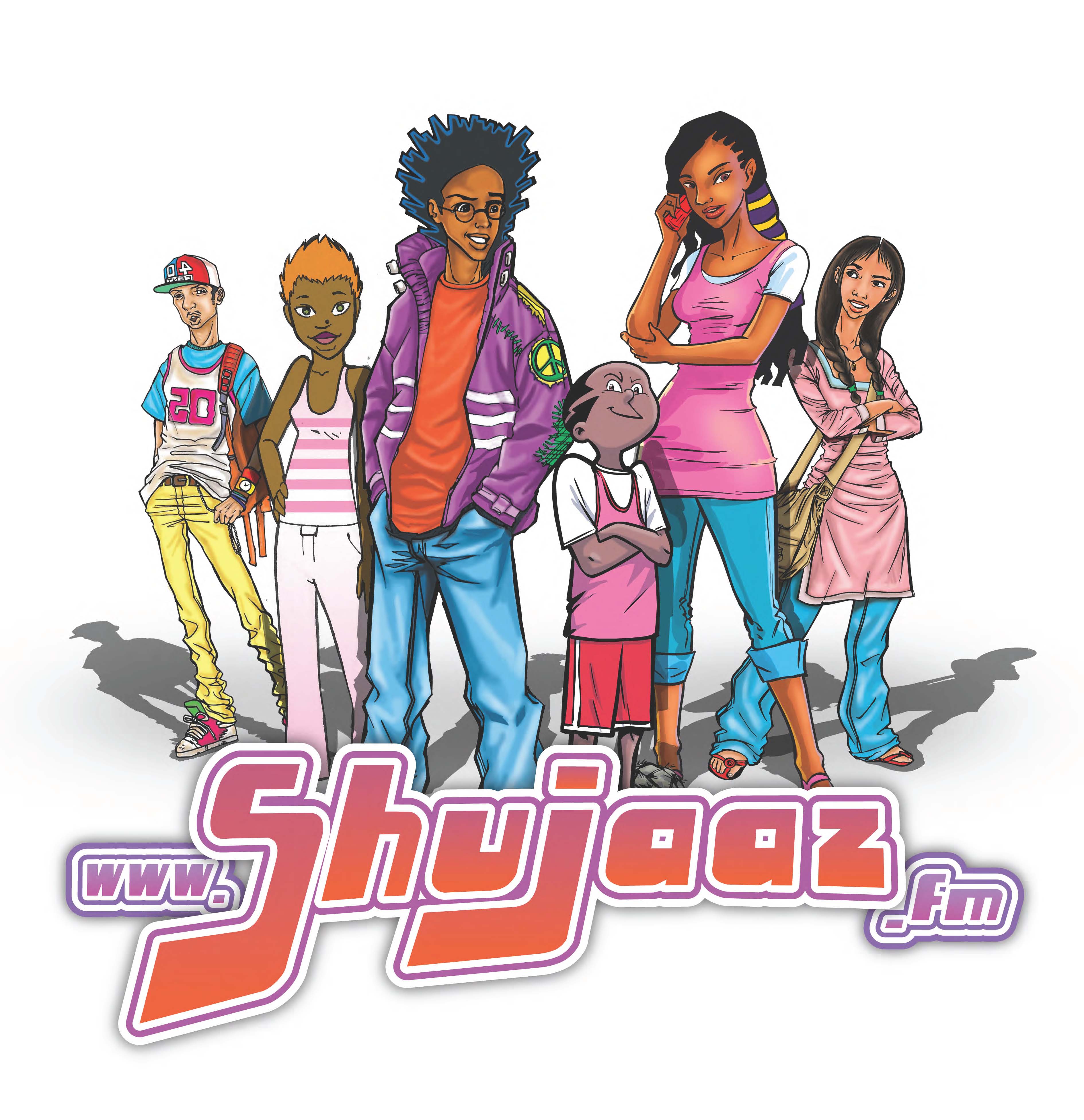 Shujaaz FM on the airwaves

The programmes are presented by the DJ featured in the comics – shouting out to his young fans involving them in the dissemination of information. This format is so popular that radio stations provide Shujaaz with the slots, knowing that young people are keen to listen to them. The team are careful to integrate campaigns across radio, social media and print.

The integration of stories into the Shujaaz package about young agricultural entrepreneurs appears to have had an impact on the way young people think about the sector. Their research has shown a massive increase in the number of young people prepared to consider opportunities in the agricultural value chain.

From the radio stations’ perspective, getting young listeners tuned in each day is quite likely to result in families staying tuned. That is good for rating and the success of the station.

Shujaaz conducted research about its comic format before it was transferred from Kenya to Tanzania. In Kenya the comic was made up of four animated stories of around six pages. In Tanzania, the research showed that the young people wanted to see people like them in the comic. 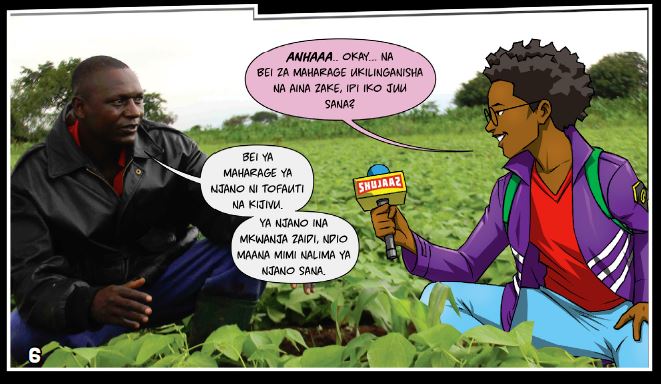 So, instead of being 100 percent drawn – the comics for Tanzania blended reality with fiction by showing real people and cartoon characters meeting. This emphasises how important it is to retest the fundamental elements of a campaign, rather than ‘cut and paste’ from one context to another. Small adjustments can make a big difference to how a message is received.

It takes careful and good local partnerships to get the formats to meet the needs of local audiences. Careful nuancing of the format can make a huge difference.

Earlier in the blog, I mentioned that extension meetings and demonstration plot training events are often the preserve of men. Even here changes to the format can make a big difference to the number of women attending.

Changes to the format may include the timing, the inclusion of women in the presentation and thought about childcare issues can all help to create a format more welcoming to women from farming households. Women, after all, make up a very large part of the agricultural labour force.