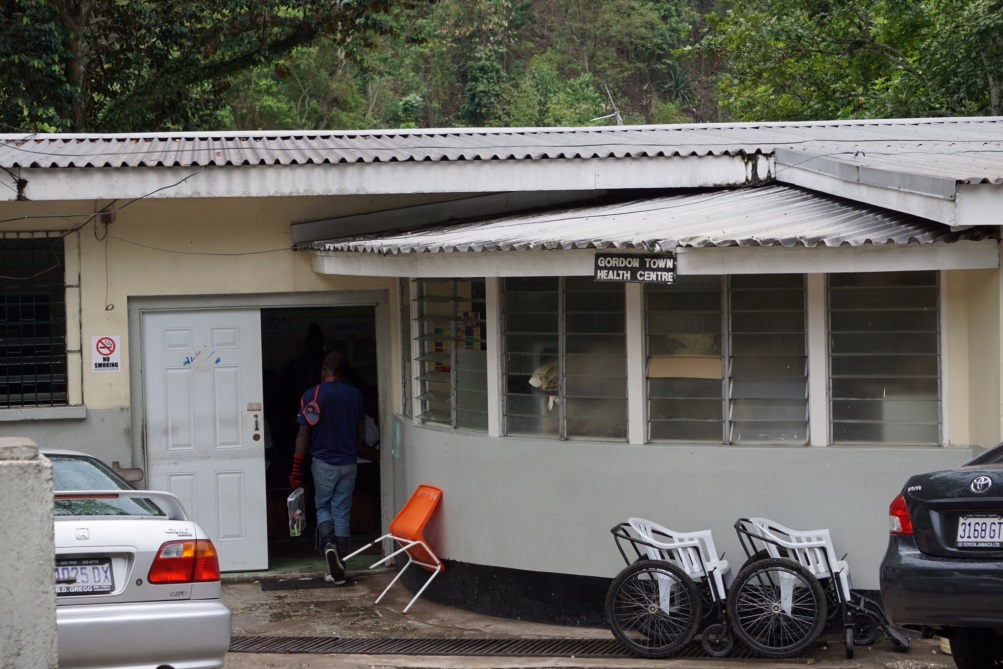 Today is World Mental Health Day [October 10th 2016], whose theme is "psychological first aid and the support people can provide to those in distress". An apt moment to publish the insights into Jamaican community mental health of our summer intern, Harpur Schwartz. In her opinion piece below, Harpur addresses the role of traditional health beliefs in expressing mental distress, and identifies a role for traditional medicine in supporting recovery.

Have you been hearing any voices by Harpur Schwartz, edited by Wendie Norris

I could barely make out his answer to the question, “Have you been hearing any voices”, as he was speaking an English based creole language commonly known as Patwa. From what I could understand, spirits come to him during the night and tell him the ‘truth’ of the world around him. He said that his madness was caused by a spirit or Obeah. It was clear that this man had a mental illness that he strongly believed was caused by supernatural factors. The psychiatrist in the room asked patient number 23, “But you understand these voices are not real, right?” His response was “Yes”. Satisfied with his answer, the psychiatrist administered his medicine and handed him his appointment card without a second thought.

While working with the mental health services unit at the Gordon Town Health Centre in Kingston, I noticed a pattern to each patient’s appointment: the patient would be called in by number, he or she would be asked a series of questions about mood and symptoms, an injection of medicine was always administered, and the patient would leave with an appointment card stating the date for when he or she should return the following month. There was a rhythm to this process, one with emphasis placed on drug administration.

One of the recent success stories for Jamaican public health is access to psychotropic drugs for its community mental health services – WHO reported that about 81-100% of physician and non-physician based primary health care clinics had at least one psychotropic medicine from each category.

But I also came to realize that every patient at the unit had an illness narrative that explained how they understood their sickness and that, here in Jamaica, this had a cultural context which was being ignored and which might well limit their recovery. Unless patient 23 is treated with both Western medicine and traditional medicine, he will not feel that he is completely ‘healed’.

Western medicine practitioners may not believe in the success of traditional medical practices in treating mental illnesses, but these psychiatric patients are articulating in their illness narratives a cause of their mental illness that, I believe, requires the use of traditional medicine for treatment. In saying this, I understand that there are limited resources available for the treatment of mental illness in Jamaican community clinics and that there is a need to protect the other members within these communities.

The solution may be the adoption of medical pluralism in the mental health system in Jamaica which will allow for these two healing systems, Western and traditional, to work simultaneously.

2. Beyond Jamaica: research on cultural context of mental disorders is relevant globally

Culture affects how you perceive your illness, how you explain your distress (“illness narrative”), your help-seeking behaviour, and what “label” for your illness is acceptable. Understanding this is vital not just in strengthening health systems in LMIC but also in improving health equity in multicultural high income countries, and the provision of services to migrant groups. CABI’s Global Health database is uniquely placed to provide cultural insight into multicultural & migrant public health, with content originating from over 100 countries and in 50 languages.

North America is in the middle of an opioid overdose epidemic, and its moving into the over 50s as well. The opioids include heroin, synthetic opioids like fentanyl, and prescription painkillers like hydrocodone (Vicodin), codeine and morphine. 50% of opioid-related deaths are due to prescription painkillers, partly through co-prescribing with benzodiazepine, partly because they cause euphoria as well as pain relief and are used for non-medical reasons. Rural white middle aged men are typical addicts but women are catching up and Native Americans are severely affected. WE look into how we can take back control at state and personal levels.