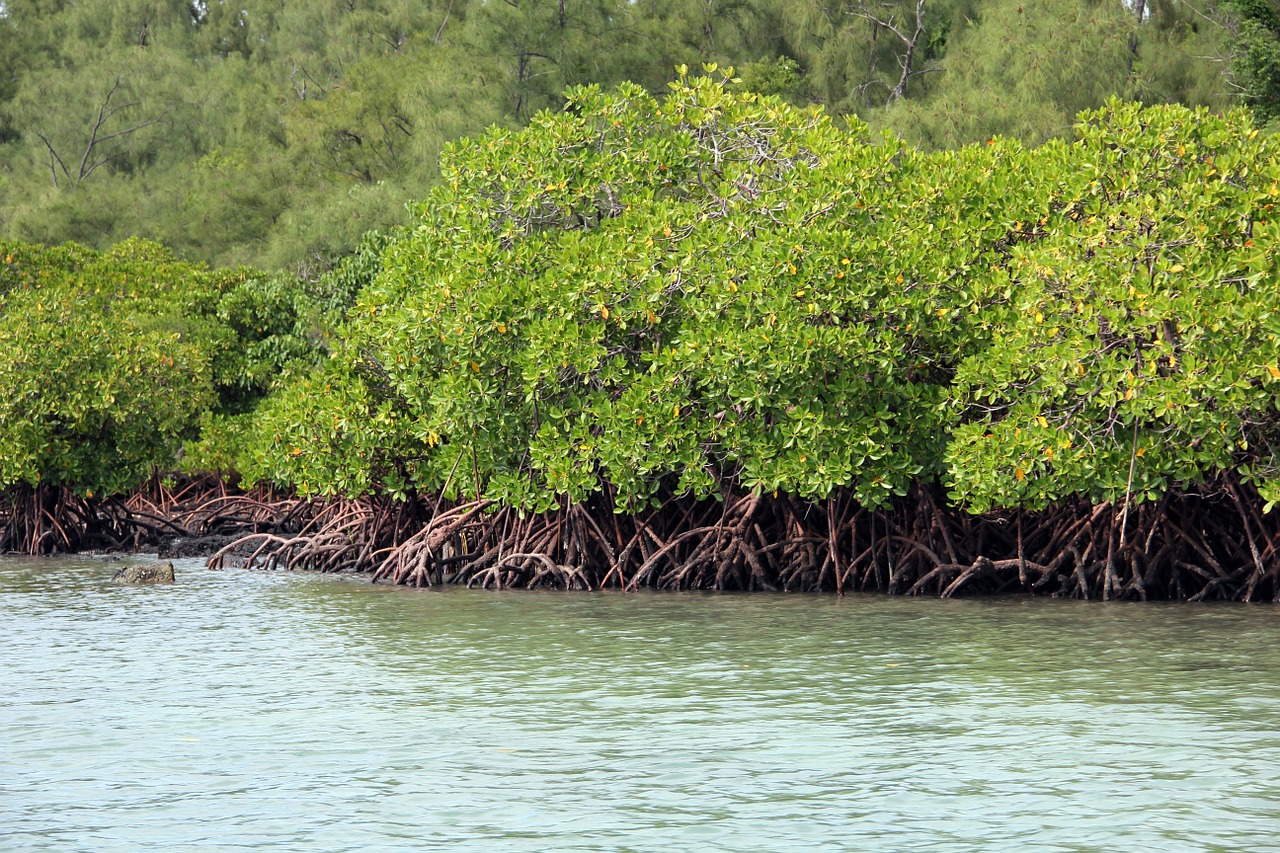 Mangrove forests in Indonesia store approximately 3.14 billion tonnes of carbon, therefore protection of these ecosystems should be considered a major priority in terms of global climate change mitigation, according to a new study published in the journal Nature Climate Change.

While it has the largest area of mangrove forests in the world, Indonesia also has the fastest rate of deforestation.  Over the past thirty years, the country has lost approximately 40 percent of its mangrove forests, mainly due to the rapid expansion of the aquaculture industry between 1997-2005.  Home to one quarter of the world’s mangroves (2.9 million hectares), these ecosystems currently have no national protection.

Mangrove forests are extremely productive ecosystems that provide a wide range of goods and services such as timber and plant products, coastal protection, ecotourism, soil formation, spawning grounds for fish and carbon storage.  It is due to their high rate of tree growth, combined with water-logged, anaerobic soils which slows decomposition, resulting in long term carbon storage.  According to previous research by Donato et al (2011), mangroves hold three to five times as much carbon as the same area of rainforest.

As part of the latest study conducted by Daniel Murdiyarso and his team, carbon stocks of 39 mangrove sites across Indonesia were measured.  Based on their calculations, deforestation of mangroves alone contributed to 42% of total global emissions arising from the destruction of coastal ecosystems.   The loss of mangrove forests in Indonesia is equivalent to 52,000 hectares per year.  However, the research found that halting the deforestation rate would reduce Indonesia’s carbon emissions by 10-35 percent.

“Given the global significance of mangroves as large sinks of carbon, preventing mangrove loss would be an effective climate change adaptation and mitigation strategy.  This should be a high-priority component” said Murdiyarso.

Speaking to SciDev.Net on the challenges with implementing effective protection measures, Daniel Friess, head of the Mangrove Lab in the National University of Singapore, said, “Conserving mangroves is difficult because of many conflicting land uses in coastal zones.  There are many ways to conserve mangroves, but key things include strong conservation policies that are well enforced on the ground and that involve local communities who live near, use and manage the mangroves.”

Before the Copenhagen climate negotiations in 2009, Indonesia committed to a 26 percent reduction in emissions by 2020.  The country’s annual emissions from clearing mangroves accounts for up to 20 percent of its total land-use emissions.

The researchers believe that with the forthcoming climate negotiations due to take place in Paris in December 2015, there has never been a better time, nor such clear political motivation, to protect these important ecosystems.

Further information is available to subscribers of CABI’s Environmental Impact database, with over 300 records on mangroves and climate change.