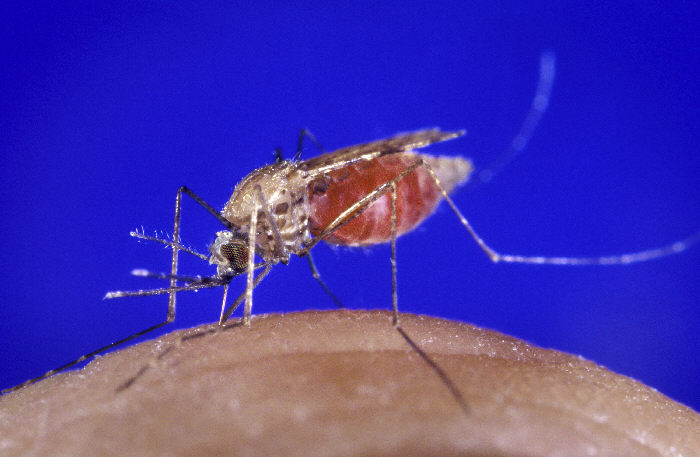 A study in Science  by Siraj and colleagues this week showed malaria occurs at higher altitudes in warmer years. Their modelling predicts that a one degree Celsius temperature rise in the Ethiopian highlands could lead to 2.8 million more cases in children each year in current malaria areas and over 400,000 cases in new areas. The finding is early warning of what could happen to malaria spread as the world warms if no action is taken.

Models of warming and vectorborne diseases

The effect of warming on vector borne diseases like malaria is difficult to model because the insect vector  that carries the disease may need more than a particular temperature to carry out its lifecycle. Insect vectors may also require things like enough rainfall or the right vegetation or the presence of another host. Temperature affects insects in several ways including its immunity and biting rates both of which can affect disease spread. Efforts to control vector borne diseases by spraying to destroy the insect, and in the case of malaria, using antimalarials also confuse the picture of what is happening in response to temperature.

Siraj and colleagues from the USA, UK, Ethiopia and Colombia, dealt with some of these factors by studying two areas in different continents with differing history of malaria control, different local mosquito vectors, and rainfall.

What the study found

The study examined monthly reports for malaria in 124 municipalities in Colombia and 1259 administrative units in Ethiopia from 1993 to 2005. These areas are on the edge of the malaria transmission zone and get a seasonal epidemic of varying size each year. They matched that data with the elevation of the sites and found that in both regions in warmer years the mean altitude at which cases occurred shifted higher and this coincided with an increase in temperature in those areas during a critical 4 month window before the epidemic got underway.

Why should we be concerned?

Malaria entering a new population can have devastating effects. In malaria endemic areas, it is young children who contract the disease severely because immunity gradually develops with age as the individual is repeatedly exposed to infected mosquito bites. In unexposed groups the parasite can cause severe disease in people at all ages until immunity is established. Siraj and colleagues reckon that this study confirms their earlier prediction that in Ethiopia a 1 degree rise in temperature would result in 410,000 extra malaria infections due to the disease expanding into new areas and 2.8 million extra infections would occur in children in areas that already experience malaria. Public health measures need to be planned to stop this disease before it settles in.

Professor Menno Bouma of the London School of Hygiene and Tropical Diseases and Professor Mercedes Pascual from the University of Michigan, two of the paper’s authors are contributing a chapter to CABI’s forthcoming book "Climate change and global health" edited by Professor Colin D. Butler, of the University of Canberra, Australia. The books examines the immediate effects of a warmer, more extreme climate on populations, followed by the secondary effects of altered disease spread, and in the long term, the effects on famine, migration and conflict. Dengue, Lyme disease, malaria, and parasites all get a chapter. The book also considers regional effects of climate change and in the last chapter Butler considers the economics and politics of solutions to prevent or reduce climate change.

Global Health Knowledge Base, CABI’s free newsletter on global health will feature records on vector borne diseases in the next issue- sign up here

Climate change – will it affect spread of vector borne diseases?