One of our invasive species in the mainstream media 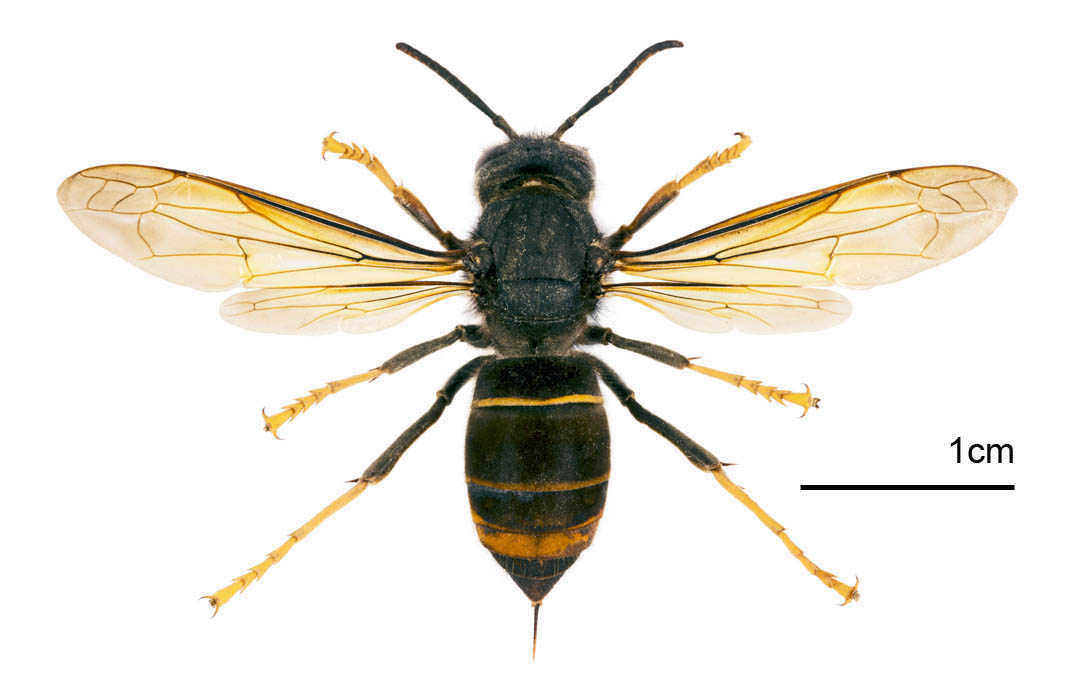 Some of the species that are included in our open-access Invasive Species Compendium are well known to the general public, for example
Japanese Knotweed. Others are more obscure, and I had never heard of the
Asian Hornet, Vespa velutina, until I
edited the datasheet about it earlier this year. I was therefore
interested to hear an item about it a few days ago on the Today programme, one of the best-known programmes on BBC
radio (you can listen to the item here).

The species originates from eastern Asia and was
accidentally introduced to southern France about 10 years ago in a consignment
of terracotta pots from China. It spread rapidly through France, soon
reaching the stage where eradication was impossible, and into neighbouring
countries. As it is a predator of honey bees, it is of serious concern to the
beekeeping industry (where it is native, bees have some ability to
kill hornets by surrounding them with a ball of bees and heating them to death,
but European bees are much less effective at this). It can sting people badly too, although European populations are generally not very aggresive.

It is considered very likely that V. velutina will spread to the UK, either through accidental
transport by humans or by flying across the English Channel (see here
for a risk assessment). Eradication will only be possible if it is spotted promptly,
and long-term management will also require knowledge of where it is present, so
the public (especially beekeepers) are being asked by the Department for
Environment, Food and Rural Affairs to look out for it and report any sightings
to alert_nonnative@ceh.ac.uk.
This request has been picked up by several parts of the UK media, including the
Independent, the Daily Mail and even the local newspaper here in
south Oxfordshire.

An information sheet describing how to recognise the
species is available here; August and September are the peak months for V. velutina activity, so if you live in
the southern part of the UK, or indeed anywhere else in western Europe, please
look out for it!