This week is Climate Week in the UK, which aims to get the public involved in thinking about climate change. In the scientific community, there is an increasing level of consensus about climate change and the need to take drastic action to limit severe consequences. However, in order to introduce challenging policies, there must be public support. In a paper in CAB Reviews, Ashley Cobb and Michael Carolan from Colorado State University, look at trends in public attitudes, and consider their implications for plans to mitigate climate change impacts. 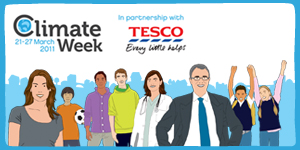 US media coverage of climate change has been a double-edge sword, in that while it has raised awareness about climate change by increasing perceived knowledge, it has also suggested scientific disagreement on the issue, despite the consensus amongst climatologists.

So is it simply a matter of getting experts to talk to the public?  One study found that non-expert local initiatives that highlighted impacts in parks or conservation areas could engage the public much more effectively than those involving climatologists. Fear appears relatively ineffective in involving people, who can succumb to “climate fatigue”. US surveys show fear of climate change risks rank much lower than that relating to the economy, war and terrorism, and most Americans would oppose policies that would cut greenhouse gas emissions by raising fossil fuel prices.

Cobb and Carolan point out that in general, involuntary risks (where people have no control) create resentment, whereas voluntary risks are more readily accepted. One study found a majority thought climate change was a consequence of individual action, and therefore something they viewed less negatively. The surprising implication is that linking climate change to human activity may actually reduce perceived risk for some people, by suggesting it is something they can avoid.

The growing popularity of “Buy local” initiatives comes partly from a desire to reduce emissions (despite disagreement over whether they do achieve that). It does show that people can make individual choices with climate change mitigation in mind. As with switching to a lower-meat diet and using cars less, such choices are often linked with health issues.

Cobb and Carolan say that in the USA, there is a strong division on the issue on political grounds, with increased knowledge of climate change correlating with increased concern for Democrats and Independents, while such knowledge was not linked with concern amongst Republicans. Other studies have suggested that the wealthier nations and individuals are, the fewer see climate change as a problem. As many religious groups have taken positive positions on climate change action, this may bridge political gaps, they suggest.

The CSU sociologists stress the need for natural and social scientists to work together on climate change. “In the end, any technological or behavioural “fix” has to start with people. And these people reside in a very messy social world that is oftentimes pulling them to think, feel and act in many different (and sometimes opposing) directions.”

Public attitudes to climate change: their origins and significance in mitigation and adaptation by Ashley Cobb and Michael S. Carolan appears in CAB Reviews: Perspectives in Agriculture, Veterinary Science, Nutrition and Natural Resources 2011 6, No. 007.

For more details of Climate Week, go to http://www.climateweek.com/