Just a day before the plan for the invasion of France – known famously as ‘Operation Overlord’ – was confirmed on 8 February 1944, the now defunct Ministry of Supply (MoS) convened a conference on the prevention of mould growth of which CABI was privy to its information deemed ‘secret.’

While military masterminds were mapping the Battle for Normandy, the Allied operation that launched the invasion of German-occupied Western Europe during World War II and culminated with D-Day on 6 June, scientists – including those from CABI – were working on classified experiments to protect a whole manner of army supplies (boots, radio equipment, parachutes,) from the ravages of rot and mould.

In a year that also saw the Allies land at Anzio in Italy and bomb the monastery at Monte Cassino and the Soviet offensive against the Nazis gather pace in Eastern Europe, Dr Samuel Paul Wiltshire, Director of the Imperial Mycological Institute was overseeing CABI’s expertise in mould and its contribution to the war effort as the MoS battled to protect military equipment from the hot and humid climes of war in the tropics.

As the British Army was called on to fight around the world, starting with campaigns in Europe in 1940. After the Dunkirk evacuation of Allied Forces from France (May–June 1940), the army fought in the Mediterranean and Middle East theatres, and in the Burma Campaign.

After a series of setbacks, retreats and evacuations, the British Army and its Allies eventually gained the upper hand. This began with victory in the Tunisian Campaign in North Africa in May 1943, followed by Italy being forced to surrender after the invasions of Sicily and the Italian mainland in 1943.

In 1944 the British Army returned to France and with its Allies drove the German Army back into Germany. Meanwhile in East Asia the Japanese Army were driven back by the Allies from the Indian border into eastern Burma. In 1945 both the German and Japanese Armies were defeated and surrendered within months of each other.

CABI librarian Lesley Ragab literally stumbled upon an envelope of documents addressed to Dr Wiltshire and the once secret mystery of CABI’s involvement in World War II, through its research into the effects of mould on military equipment, started to unravel.

“I was thumbing through the files which we hold within our archives here in Egham and became intrigued by this large brown envelope address to Dr S.P. Wiltshire – which was Samuel Paul Wiltshire, former Director of the Imperial Mycological Institute as it was then known,” Lesley said.

“I thought this looks interesting and looked inside to find a lot of documents with ‘secret’ written on them. Of course, they’re all declassified now and some of the findings were summarized in a MoS booklet, which was located in the Reprint Collection, called ‘Report on Tropic Proofing’ dated February 1945. I don’t think these papers have seen the light of day for over 75 years,” she added.

Inside the ‘Report on Tropic Proofing’ moulds are described as forming a ‘purely artificial but convenient group’ with the term referring to ‘all micro-fungi which grow on the raw materials and products of industry, such as food-stuffs of all kinds, textiles, paper, leather, paints, etc.’ The book adds that ‘some of them are found only on particular materials but the majority are more or less omnivorous.

In one document headed ‘Prevention of Mould Growth on R.A.A.F Boots’ petroleum jelly was shown to ‘confer a high degree of protection against mould growth on boots’ with protection being enhanced by adding 0.2% trichlorphenol. It goes on to say that whale oil was shown to be ‘unsatisfactory’ and paranitrophenol was not tested because of its ‘liability to produce dermatitis.’

In respect of other items to protect from mould, the conference advised that Kodak should be consulted on the possibility of adding fungicide to film and papers but then suggested that ‘correct packaging and storage’ would probably solve this problem. Canvas could be treated with ‘double bath copper soap, double bath copper tannate or emulsion treatment. Meanwhile thermal plastic plywood was highlighted to be ‘not immune to marine borers.’

For parachutes, with the exception of shroud lines, treatment was considered unnecessary while mould growth on bags used for the storage and transportation of ammunition could be staved off by ‘chrome tanning or impregnation with B. Naphthol.

Interestingly, the documents also include details of an ‘investigation into the rot-proofing of textiles and leather and schedule for sterilisation by the Methyl Alcohol Method’ in which Trichlorphenol and Shirlan were shown to be ‘efficient fungicides but ineffective rot-proofers.’

We also learn that cellulose acetate mosquito netting is not attacked by cellulose digesting organisms and that the proofing of sandbags included copper carbonate, applied by double and single bath processes, Parenox, Cuprox and Copper Oleate creosote.

Dr Matthew Ryan, Curator, Genetic Resource Collection, said, “These documents provide a fascinating understanding into how the study of mould can be applied to many real-life situations that are not immediately obvious. This valuable insight into the wartime research, showed the sensitive nature of the work at the time and was intended to provide the Allies with an advantage over hostile forces.

“Today CABI is accredited to ISO 17025 and can carry out confidential research into mould in a variety of ways from identification of microbes to mould growth testing. Some of this research could even have modern day military applications. However, like the case revealed from the top-secret papers – such studies may also have to remain a mystery for many years to come.”

Main photo: The dossier of declassified documents, unearthed by CABI librarian Lesley Ragab, which were unseen for over 75 years.

CABI is a leading provider of microbial and molecular services. Find out more about the culture collection: microorganism supply and deposit, the diagnostic and advisory service, fungal and bacterial identification, mould contamination testing and training courses.

Wood has many different uses, including shelter, fuel and paper to write on, as well as having a key role in maintaining a healthy planet.  More recently however, the development of engineered wood for use in the construction of tall buildings has… 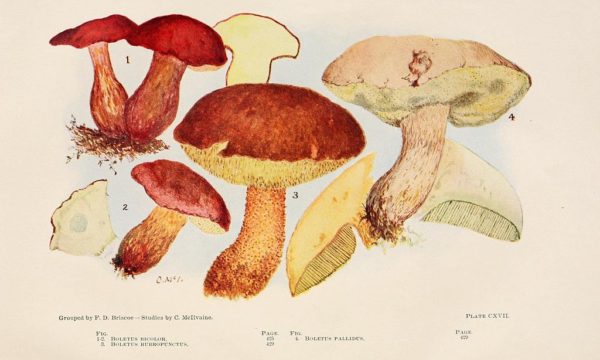