Water, tourism and gender – how tourism can increase inequalities. From the work of Dr Stroma Cole 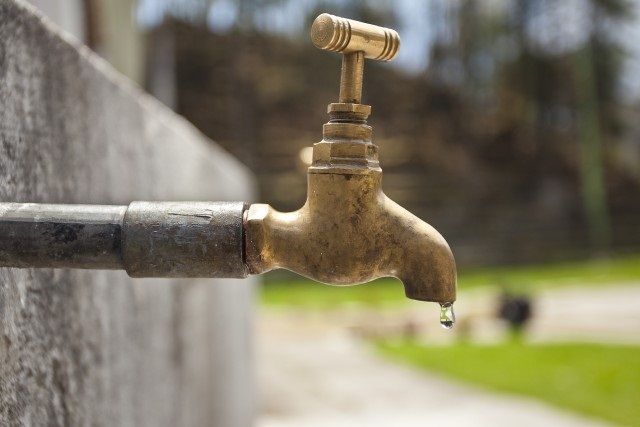 March 22 is World Water Day, designated to focus our attention on the importance of water. The theme for World Water Day 2018 is ‘Nature for Water’ – exploring nature-based solutions to the water challenges we face in the 21st century. But of course water is essential for life, and thus affects every aspect of human development, as well as the ecosystems that support us. Today, 2.1 billion people still live without safe drinking water at home; affecting their health, education and livelihoods. Earlier this week, on a visit to CABI Headquarters in Wallingford, CABI book author Dr Stroma Cole gave a talk on gender equality and tourism in which, with World Water Day this week, she focused particularly on water issues, and how women bear the brunt of the problems which can be created when tourism development increases demand for water. Dr Cole, a senior lecturer in tourism geography at the University of the West of England and a Director of Equality in Tourism, has worked on tourism and water inequality in Indonesia, Costa Rica and India, and in her presentation focused particularly on the situation in Labuan Bajo, a rapidly growing gateway town to Komodo National Park in Indonesia.

Tourism development brings increases in demand for water, often in regions where it is already scarce. Many of us like to go on holiday to warm and sunny locations, where there is little rainfall for much of the year. And tourists, per head, generally use far more water than local people. We expect showers whenever we want them, access to swimming pools, and possibly hotel gardens or even local golf courses which all need large amounts of water. As tourism brings employment and economic development, its water needs may be given priority over those of local communities. And bulk supplies of piped water to hotels are provided at far lower cost than locals, many of whom are not connected to piped water supplies, have to pay for the water they use.

In Labuan Bajo, only about a quarter of the population is connected to a piped water supply, and the water often only runs in the pipes for a few hours two or three times a week. Not knowing when water will be available makes it difficult to take paid employment (you can’t risk not being at home when water is running), or means that locals rely on expensive private suppliers, or having to collect and carry water from public taps and wells. In a project report published by Dr Cole in 2015, she writes that while local families buying relatively small quantities of water can pay Rp.15,000 per day (30% of a low income families resources), the largest hotels can use all the water they need for just Rp.600,000, vastly less per litre.

So how does this affect women in particular? Collecting water is regarded as women’s work, so when water becomes more scarce and expensive as a result of tourism development, it particularly impacts on the lives of women. They have to spend longer collecting and queuing for water, or are forced into low-paid, exploitative labour in order to meet increasing water costs. Women are also responsible for all the jobs requiring water (cooking, bathing children, etc), so shortages of water affect every aspect of their lives. In her talk at CABI, Dr Cole said that though tourism is often promoted as increasing women’s empowerment, what is often meant by this is simply economic empowerment through opportunities for paid employment. But if this employment is low paid, and the cost of living in the area rises (as is often the case in places developed for tourism) while essential resources like water become more difficult to obtain, then local women can end up worse off than they were previously.

Dr Cole discusses her work on water, tourism and gender equality in an interview recorded during her visit to CABI, which can now be viewed on Youtube. Details of her publications can be found on the UWE website.

Dr Cole is an Editor of the 2010 CABI book Tourism and Inequality: Problems and Prospects. Her new title on Gender Equality and Tourism: Beyond Empowerment, will be published in summer 2018.

Subscribers to CABI’s internet resource on Leisure Tourism can search for all the published literature on relationships between water and tourism. The CAB Abstracts database covers all aspects of inland water, including water quality, water pollution, water use in agriculture, water treatment, wetland ecology, soil water, water policy, water access and water security. Our database content relevant to this year’s Water Day theme of Nature for Water can also be found on our Environmental Impact internet resource.

Empowering women in agriculture is fundamental to achieving the global development goals. Photo: ©Treyz Kapture for CABI CABI has today published a briefing, Empowering female farmers – Gender responsive programming, which is an overview of gender ineq…