Rainforest biodiversity – provider of services and hope against climate change 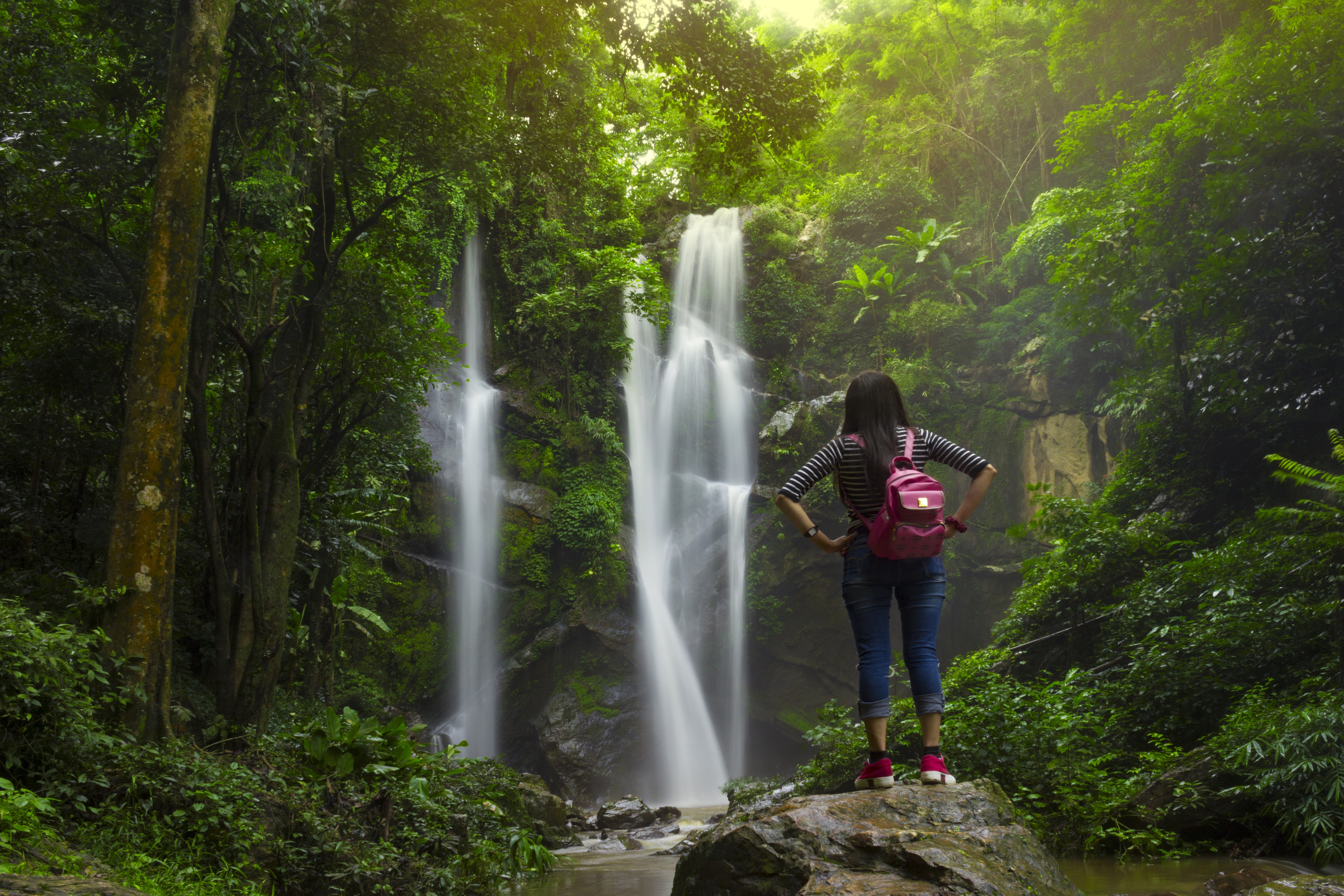 Multiple climate records were broken in 2016, according to a report published by the World Meteorological Organization this morning. Hearing about record high global temperature, exceptionally low sea ice, and persistent sea level rise was admittedly not the best start for celebrating the fifth International Day of Forests. Yet we need to be reminded about the vital and fragile links between atmospheric processes and forest functioning. As climate change rages on, we can expect hydrological cycles to become increasingly imbalanced around the globe. Especially tropical rainforests will consequently suffer. On the more hopeful side, scientists have now discovered that maintaining as high as possible forest complexity in tropical rainforests could buffer the negative impacts of climate change.

Droughts threaten the future of Amazonia

A vicious cycle of droughts and forest loss is looming in Amazonia, according to a new study published in Nature Communications. The Amazonian hydrological cycle has intensified in the last decades with wet seasons getting wetter and dry seasons drier, probably as a consequence of climate change. Scientists have now discovered that droughts may trigger ‘self-amplified’ forest loss in Amazonia.

“Reduced rainfall increases the risk of forest dieback, and on the other hand, forest loss can intensify regional droughts. So more droughts can lead to less forest leading to more droughts,” said the first author of the new study Delphine Clara Zemp. “Projected rainfall changes for the end of the 21st century will not lead to complete Amazon dieback,” continued her co-author Carl Schleussner, “but our findings suggest that large parts of it are certainly at risk.” The authors estimate that if dry-season rainfall was to halve, for example, at least 10% of the Amazon rainforest might be lost due to effects of self-amplification alone.

Encouragingly, however, the study results also suggested that the risk of self-amplified forest loss reduced as the structural and functional diversity of the forest increased. In other words, maintaining as high as possible Amazonian biodiversity might buffer the negative impacts of climate change.

Protecting biodiversity to mitigate climate change – but how?

A problem with conserving Amazonian biodiversity – and tropical biodiversity in general – is that nobody knows exactly what species there are and how the species interact with each other and the environment. Increasing destructive human activities like logging and forest fires complicate the matter even further.

The western parts of Amazonia – the Andean foothills – are especially biodiverse. For a few decades now the region is known to have globally highest tree species richness, and the forests are also recognised as one of the biodiversity hotspot areas of the world. Large national parks have been established to protect these exceptional ecosystems, but expanding human activities still threaten the future of the forests. Yasuni in Ecuador and Manu in Peru have probably attracted the most media attention recently – Yasuni for oil drilling activities in the park’s vicinity, and Manu particularly for plans to build a highway through the protected area.

I was lucky to spend several years studying the incredible biodiversity of western Amazonia before I joined CABI. I saw hundreds of undescribed species being collected from the region, including Manu and the forests near Yasuni, and realised that scientists simply wouldn’t have enough time to study the species before some of them disappeared. Having to pass through security checks set up by the oil companies to reach field sites, and hearing the companies’ machines working in the distance while walking in the pristine rainforest, further convinced me of this thought.

Given the lack of time and data, protecting the planet will need to rely on perfecting models and estimations – and most importantly, on individual citizens taking action.

In addition to the more abstract ecosystem services like atmospheric cycles and biodiversity, forests also provide food and energy products to meet day-to-day needs. In fact, the theme for this year’s International Day of Forests is ‘energy’. As we have learnt, it is difficult to tease out one aspect of healthy forest ecosystem functioning without acknowledging the importance of another. Therefore, taking care of each link in the web of interactions is important for using forests in a sustainable manner and ensuring they will continue to provide ecosystem services for future generations.

If you want to join the global community to celebrate the International Day of Forests, the United Nations Forum on Forests is a good place to start. CABI has also recently published a new book titled Forest hydrology: processes, management and assessment which can be purchased through the CABI Bookshop.