Improving crop yield: Looking to the sources and sinks 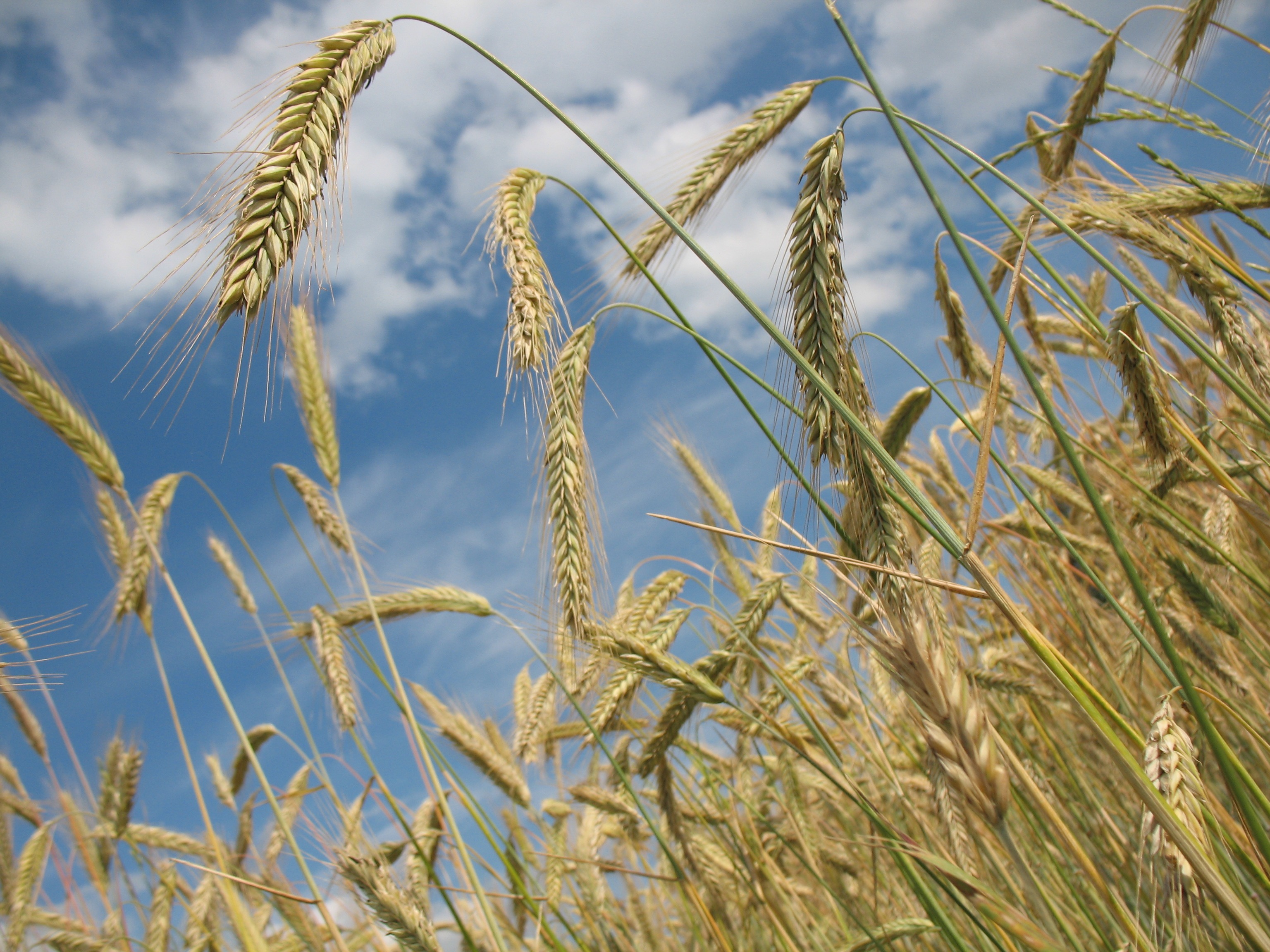 This week I had the pleasure of heading down to the south coast to attend the Society for Experimental Biology’s main meeting in Brighton. The flagship meeting attracts an international audience covering topics across the animal and plant sciences and also cell biology. For me, the main focus was to attend a plant biology session – From source to sink: Resource partitioning in plants – which I have spent the past 18 months organising with colleagues from the University of Sheffield and the University of Illinois.

Global food security is one of the biggest challenges of the 21st century. The world’s population is expanding rapidly and is predicted to hit 9.6 Billion by 2050, up from today’s total of near 7.4 Billion, and with it food demand is expected to increase substantially far out stripping current supply. It is estimated that cereal production needs to increase by 50% between 2000 and 2030 to fill the gap(pdf).

Substantial gains in yield have been achieved in agricultural crops before, most notably during the ‘green revolution’ in which the use of new crop varieties, the increased use of fertilisers and pesticides, and improved mechanisation drove the change. However, the gains are now levelling off; in recent years yield growth rates have slowed down for many crops. In particular, the growth rates of cereal yields have dropped from 3.2% per year in 1960 to just 1.5% in 2000. Furthermore, our changing climate presents an additional challenge; the increased occurrence of temperature extremes, drought and flooding only serve to hamper efforts to increase crop yields.

Across the globe research efforts are scrambling to understand how we can further increase the yields of our crops to meet global demands. Many focus on manipulating photosynthesis, the process by which plants fix carbon dioxide from the atmosphere for growth. For example, an international consortium funded by Bill and Melissa Gates, The C4 Rice Project, is aiming to create a strain of hyper-efficient rice which can produce a greater yield in warmer temperatures whilst using less water. Rice provides 30% of calorific intake in Asia and 90% of global production is concentrated there. To improve rice the team are aiming to alter the photosynthetic pathway that rice currently uses – the C3 pathway – to resemble the more efficient C4 pathway which occurs in crops such as maize and sugarcane. Engineering the C4 traits into rice is predicted to increase photosynthetic efficiency by up to 50%.

As efforts continue towards manipulating plants to increase their carbon uptake we need to give some thought to where all this extra carbon is going to go, and this is where the idea of our session began. The extent to which increased photosynthesis (the source of plant carbon), will translate into improved yields depends crucially on the adequate development of sinks (e.g. the grain) which sequesters the carbon and other resources such as nitrogen. The balance between source and sink is complex and under tight genetic control. Furthermore, the delicate relationship is influenced by multiple environmental factors and our changing climate. The session aimed to unite biologists from across the plant sciences, to consider these issues and address the all-important question: “how does resource partitioning within plants limit the productivity of crops and ecosystems?”

The first day kicked off with a presentation from Christine Raines of the University of Essex who discussed her research on improving photosynthesis; specifically she focused on an enzyme called Sedoheptulose-1,7-bisphosphatase (SBPase), an important control over carbon assimilation in the plant. She demonstrated that in experiments where plants have been engineered to express more of this enzyme, plants showed an enhanced rate of photosynthesis and increased yield. This modification is particularly effective when plants were grown under conditions of elevated atmospheric CO2 which we are predicted to experience in the future, demonstrating that crops can be engineered to meet a rapidly changing environment.

Continuing with the theme of improving source activity I had the opportunity to attend one of the meetings plenary lectures which, coincidentally, was presented by Jane Langdale of the University of Oxford, a key lead in the C4 Rice project that I mentioned earlier. Jane’s specific role in the project is to understand the development of a specialized anatomy within the leaves of C4 plants termed ‘Kranz’. This specialized anatomy allows spatial separation of the components of the carbon fixation pathway making the whole process more efficient. Changing the internal anatomy within a leaf is not a small challenge but as the C4 trait is has evolved independently more than 50 times in a wide range of flowering plants Jane reckons this indicates “that despite being complex, it is a relatively easy pathway to evolve”. From a genome wide comparative analysis Jane and her team have managed to identify just 20 genes potentially responsible for Kranz development, and some transformations in rice have induced anatomical alterations suggestive of Kranz.  We are however still a very long way off achieving plants with a completely altered leaf anatomy, showing a projected timeline Jane predicts that we won’t be planting C4 rice for at least another few decades.

Of particular interest, was a presentation from Ros Gleadow of Monash University. Her research focuses on the root crop cassava, a staple crop mostly in sub-Saharan Africa, but also in other parts of Africa, Asia, the Pacific and South America, that provides a basic diet for over half a billion people.  Cassava contains cyanogenic glycosides that release hydrogen cyanide; therefore the crop can be very toxic if they’re not processed correctly before consumption. Ros presented data on the impacts of climate change on cassava, growing the crops under elevated levels of atmospheric carbon dioxide that we are predicted to experience by 2050. She showed that, in field studies, the increased availability of CO2 stimulated photosynthesis and expanded the sink capacity to such an extent that tuber yields increased by 100% compared to control plants grown at today’s level of CO2. This result surpasses all yield simulations that have been looked at in other crops, which are predominately cereals, and potentially gives some good news for food security. Importantly, the concentrations of cyanogenic glycosides did not increase in the tuber tissues, which was a concern. However, protein content did fall, and protein is essential in the diet to produce the enzymes needed for cyanide detoxification, so inadvertently the tubers could become more toxic under climate change, which is bad news for peoples whose diets are heavily based on cassava.

Throughout the session there were also numerous presentations on trehalose-6-phosphate (T6P) a sugar signal that regulates growth and development in plants. Matthew Paul from Rothamsted Research, along with colleagues from Syngenta showed how a single gene modification in maize plants – they over expressed a gene encoding a rice trehalose-6-phosphate phosphatase (TPP) in developing maize ears – stopped the plants accumulating T6P. This modification essentially tricked the plants into thinking they had not produced enough sugar and therefore they up-regulated sucrose production in the maize ears. The outcome was increased production of up to 9% and if the plants were subjected to drought yields more than doubled. This single and simple modification makes you wonder if it be possible to manipulate these controls further to achieve even greater yields?

Here I have only given a snapshot of the excellent research that was presented during the session. There were further talks offering innovative ways to increase the source and sink capacity covering both genetic and physiological processes (see my Storify of the meeting). There was also a strong focus on modelling which looked at how we can link genetic and physiological processes to build multi-scale models which will improve our biological understanding and predictions of yield. The future certainly sounds interesting for source-sink research.

If you’re interested in reading more about research into source-sink interactions I have pulled together a list of articles for your perusal, some of which were highlighted during the session. This is of no means an exhaustive list but should give you an insight into the diversity of research around the topic.