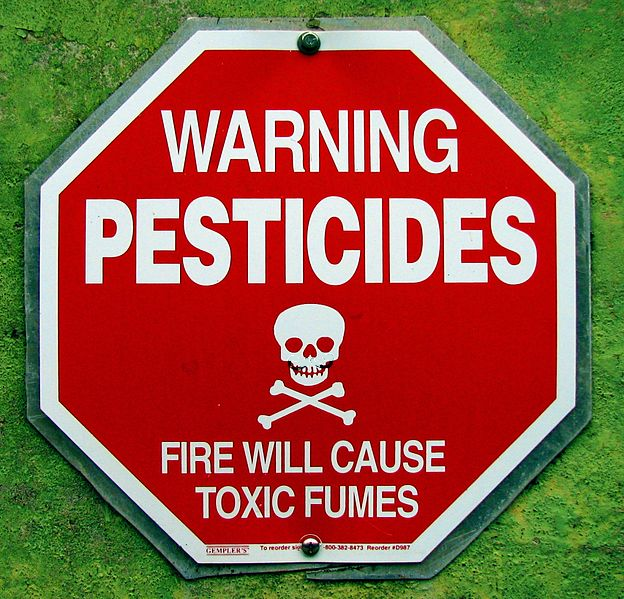 Recently I have been removing an array of chemicals, from alpha-hexachlorocyclohexane to zeta-cypermethrin, from CABI’s compendia (Crop Protection Compendium, Forestry Compendium and Invasive Species Compendium) records, as these chemicals have either been banned or severely restricted in their use. This work was sponsored by Plant Protection Station, Ministry of Agriculture, Forestry and Fisheries, Japan.

The compendia – Crop Protection Compendium, Forestry Compendium, Invasive Species Compendium, Animal Health and Production Compendium and the Aquaculture Compendium, developed by CABI along with global consortia of private sector, public sector and non-governmental organizations, all contain information on the prevention and control of pests, invasive species and diseases. The knowledge provided includes not just possible chemical treatments but also biological, cultural and sanitary methods, as well as advice on integrated approaches for pest control.

I was told that this task is a perennial one for CABI, as the world of pesticides and herbicides is regularly undergoing revision. The past 15 years in particular have witnessed significant change, with the introduction of tougher legislation and tighter restrictions limiting the number of chemicals that can be used.

Since the mid-1990s both the USA and EU have passed measures that restrict the use of chemicals with undesirable side-effects1,2. Following the passage of the Food Quality Protection Act in the USA in 1996, pesticide use on crops was restricted to much lower levels. A 10-year review of pesticides that followed triggered a shift from older, more harmful chemicals to a new generation of products with less severe detrimental impacts. Similarly, on-going reviews of pesticides in Europe since the 1990s led to as many as 650 chemicals dropping out of commercial use by 20073.

Of course, CABI has to keep up-to-date with the rapidly changing rules. Only a decade ago, for instance, over 65,000 metric tonnes of methyl bromide were being produced every year4. This colourless, odourless and highly hazardous gas was commonly used and widely recommended to fumigate soil and rid it of crop pests. However, once methyl bromide escaped into the atmosphere it was found to cause significant ozone depletion5,6. Therefore, by 2005 the chemical was banned in developed countries and by 2015 the aim is for all countries to avoid using it, except in exceptional circumstances2. CABI provided technical support to the European Commission in the phasing out of the critical use of methyl bromide in the EU. During this process, critical use of methyl bromide in the EU decreased from 5.7 million kg in 2005 to zero in 2009. In recognition of its work, CABI was presented with a ‘Montreal Protocol Partners Award’ in 20077.

As with methyl bromide, many other pesticides might not just be a danger to the environment but may also carry an acute risk to human health. In 2004, the World Health Organisation (WHO) estimated that 4.9 million deaths – 8.3% of all deaths in the world that year – were due to exposure to chemicals, of which a significant portion were pesticides8.

As an example, one of the chemicals removed from the compendia is methamidophos, a pesticide which targets the mouthparts of insect pests of plants9. However, it can also result in a myriad of respiratory and nervous problems in humans, ranging from headaches, depression and wheezing to coma and paralysis within 24 hours10.

Similarly, the insecticide dieldrin was banned after its possible adverse effects on human health became apparent. Dieldrin does not break down easily in the environment, meaning that it tends to accumulate towards the higher end of the food chain11. As far back as 1989, WHO estimated that dieldrin was present in over 99% of breast milk in most countries12, which is significant as it has been suggested – though not definitively proved – that dieldrin can increase infant mortality11.

Other chemicals, such as the organochlorine DDT, were still damaging the reproductive health of female animals, such as otters, grey seals and sea eagles, more than 15 years after being banned in the 1970s12.

In 2012, as this work got under way, it was the 50th anniversary of the book ‘Silent Spring’, by Rachel Carson, which described how DDT entered the food chain and accumulated in the fatty tissues of animals, including human beings, and caused cancer and genetic damage. In many ways the book was one of the first attempts to alert the public to the potential consequences of pesticide use. With many commemorations of ‘Silent Spring’ having taken place recently, it is even more timely that CABI’s compendia are now up-to-date with the latest WHO classifications on pesticide and herbicide use14. However, with more than 15 million chemicals commercially available15, and further reviews under way by the EU3 and others, this is an area that I suspect will keep CABI on its toes.

14. The WHO Recommended Classification of pesticides by hazard. WHO, 2012.