Wallingford’s Part in the Revolution

If you walk just for a few minutes up the river from CABI’s headquarters near Wallingford, UK, you come across Jethro Tull Gardens. For people of a certain age this causes some confusion – why should the council have seen fit to commemorate Ian Anderson’s prog rock band with a street name? A little further down the street is a clue – the 17th-century house where the real Jethro Tull lived. It turns out that the band took the name from one of agriculture’s pioneers. 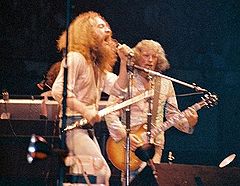 but limited contribution to agricultural mechanisation

Jethro Tull (1674-1741) was very interested in the application of scientific method to agriculture. He noticed that hand-sown wheat seeds tended to be delivered in clumps rather than spaced at a more ideal even interval. His solution was a horse-drawn machine with a rotating cylinder with grooves cut in that meant an even flow of seeds were added as the machine was moved along. The seeds landed in three channels dug by a plough at the front of the machine, and then were covered up by a harrow at the back of the machine. This meant greatly reduced wastage of seeds. 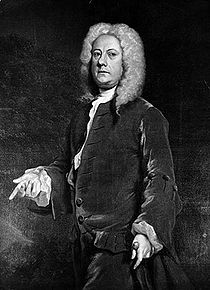 Tull’s prototype seed drill was built from the foot pedals of a local church organ. Tull’s was not the first seed drill, in that double-tube seed drills were in existence in China 2000 years earlier, and Italian inventors had patented simpler versions of the concept, but his took the idea to a new level of practicability. It was unpopular with farm workers who feared they would lose their jobs, and it appears that it was sabotaged. He later developed a horse-drawn hoe to remove weeds, which is described along with other ideas in “Horse-Hoeing Husbandry: An Essay on the Principles of Tillage and Nutrition”. Tull is now seen as a major figure in the British Agricultural Revolution, but his ideas took a long time to gain acceptance.  Mechanised seed drills were not widely used until the 19th century.

CABI moved to Wallingford in the 1980s with the aim of centralizing its expertise in the appliance of science to agriculture. So it was a good omen that 300 years earlier, a local farmer was doing something very similar.

7,500 Years of Cheese Making in Europe