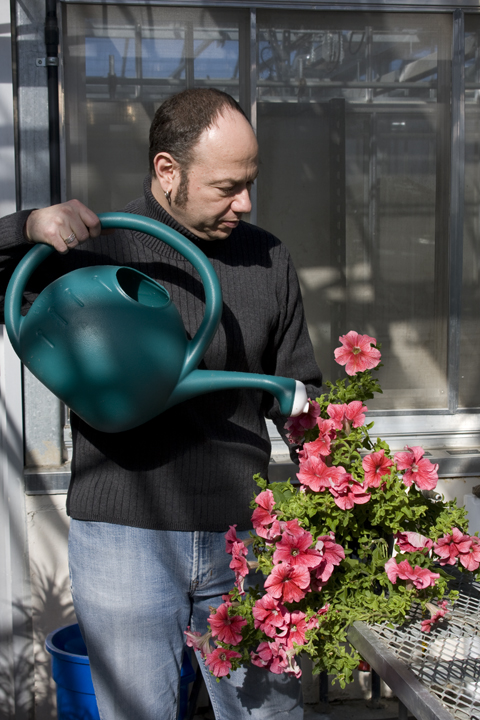 Is it a plant or is it animal? Is it an artwork or is it a science project? Is it a profound statement or just messing about? These are just some of the questions unlikely to be answered by Edunia, a transgenic flower with artist Eduardo Kac's own DNA expressed in the red veins.  It is part of an exhibition "Natural History of the Enigma" at the  Weisman Art Museum, in Minneapolis.

The Edunia has red veins on light pink petals and a gene of the artist is expressed on every cell of its red veins, i.e., Kac's gene produces a protein in the veins only. The gene was isolated and sequenced from Kac's blood. Kac sees the petal pink background, against which the red veins are seen, as evocative of his own pinkish white skin tone. The result of this molecular manipulation is a bloom that creates the living image of human blood rushing through the veins of a flower. The gene Kac selected is responsible for the identification of foreign bodies. In this work, it is precisely that which identifies and rejects the other that the artist integrates into the other, thus creating a new kind of self that is partially flower and partially human. Molecular biologist Neil Olszewski at the University of Minnesota collaborated with Kac on the project.

In 2002 Kac exhibited ‘Alba’, a transgenic albino rabbit: She contains a jellyfish gene that makes her glow green when illuminated with the correct light. Alba was created by French scientists who injected green fluorescent protein (GFP) of a Pacific Northwest jellyfish into the fertilized egg of an albino rabbit. This was not the first transgenic GFP animal, but probably the first to grace an art gallery.

Kac says "Natural History of the Enigma" is a reflection on the "contiguity of life between different species. It uses the redness of blood and the redness of the plant's veins as a marker of our shared heritage in the wider spectrum of life."

In anticipation of a future in which Edunias can be distributed socially and planted everywhere, Kac created a set of "Edunia Seed Packs", which are included in the exhibition. The "Edunia Seed Packs" contain actual Edunia seeds and are part of the permanent collection of the Weisman Art Museum.

George Gessert, another genetic artist, points out that this is the continuation of a trend, with Edward Steichen exhibiting hybrid delphiniums at the Museum of Modern Art in 1936. More recently, Suzanne Ankers made sculptures of chromosomes and Dave Powell has bred  "artcats" specifically for exhibition in galleries.

Those negatively disposed to transgenic organisms are likely to see this as further evidence of scientists fiddling about with things that they shouldn't for no good reason. Others may see it as artists just finding another medium to work with - the DNA of living organisms. So expect to find pipettes and Petri dishes alongside the paintbrushes in your local art shop. 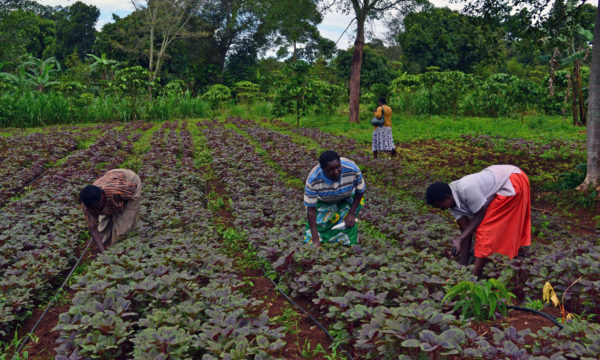