Urban agriculture – why is it important? 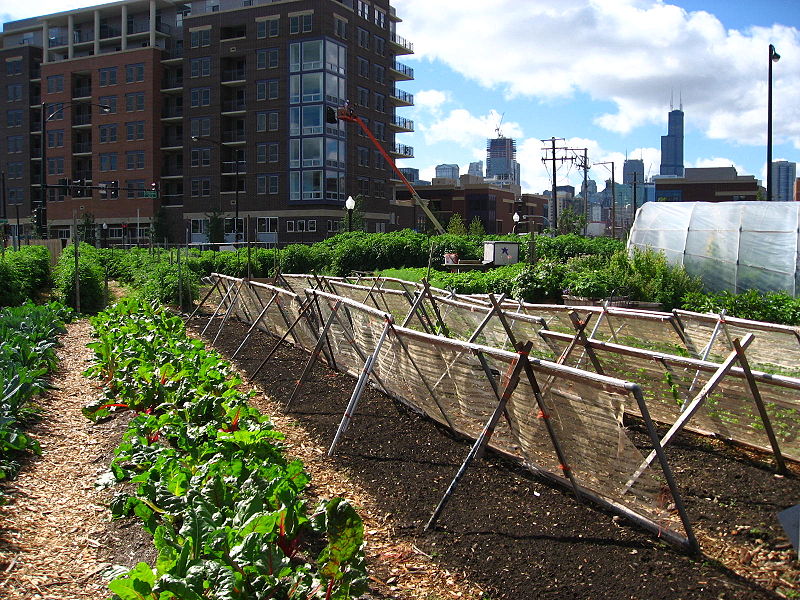 Today is the second day of the Urban Agriculture Summit 2013 ’Transformative solutions on how we feed people in the urban era’ currently being held in Linköping, Sweden (29-31 January). So why this specific gathering on urban agriculture? A recent UN report estimated that the Earth’s population will increase by 40% and exceed 9 billion people by the year 2050. Simultaneously, 80% of the world’s population will live in cities. This rapid urbanization goes together with a rapid increase in urban poverty and urban food insecurity. With traditional farming practices and increases in consumption, the Earth’s arable land will soon no longer be sufficient to produce enough food for the growing population. Urban agriculture can provide a complementary strategy to reduce urban poverty and food insecurity and enhance urban environmental management.

The contribution of urban agriculture to food security and healthy nutrition is probably its most important asset. Urban agriculture in the Dakar region of Senegal alone generated 450 million dollars in 2011, supplying 45 percent of the city’s food supply and in Lubumbashi, Congo, one hectare of market gardens provides livelihoods for 20 producers, 70 labourers and 150 small-scale vegetable traders who, in turn, supply 10,000 consumers. Food production in any city is in many cases a response of the urban poor to inadequate, unreliable and irregular access to food, and the lack of purchasing power. Growing your own food can save household expenditure (poor people in poor countries generally spend a substantial part of their income (50–70%) on food).

Although urban agriculture may function as an important strategy for poverty alleviation, it also has a social role to play with impacts on social integration and community building. The City of Sydney currently has 15 community gardens which are run by the community and used for growing herbs, flowers, vegetables and fruit and for conserving rare plants and seeds. The Capital Growth programme, funded by the Mayor of London and the Big Lottery, and run by London Food Link has helped get around 99,000 people growing on 2,012 new community food gardens, with 82% in the more deprived parts of London. Women too constitute an important part of urban farmers,since agriculture and related processing and selling activities, among others, can often be more easily combined with their other tasks in the household.

Although in most cities in developing countries an important part of urban agricultural production is for self-consumption, surpluses are being traded. Often the more perishable and relatively high-valued vegetables and animal products and by-products are favoured. In urban agriculture, production and marketing tend to be more closely interrelated in terms of time and space than for rural agriculture, thanks to greater geographic proximity and quicker resource flow.

A third role for urban agriculture is its part in the urban ecological system. A growing city will produce more and more wastewater and organic wastes. For most cities the disposal of wastes has become a serious problem. Urban agriculture can help to solve such problems by turning urban wastes into
a productive resource. Farmers may use wastewater for irrigating their farms when they lack access to other sources of water or because of its high price. Technologies such as hydroponics or organoponics, drip irrigation, zero tillage etc. substantially reduce water needs and health risks and are very interesting for the urban environment and can indeed be found in many cities. Urban agriculture may also positively impact upon the greening and cleaning of the city by turning derelict open spaces into green zones and maintaining buffer and reserve zones.

Whilst not a panacea for the world's food problems, urban agriculture does seem to have a role to play in one way or another (be it economic, social or environmental) in both developed and developing countries.

Urban farming has been on a steady increase for many years now as space for agriculture creeps closer to cities and consumers look to reconnect with what they eat. As well as appealing to the health and environmentally conscious market, these systems o…

Food Forests can be a part of Urban Cultivation