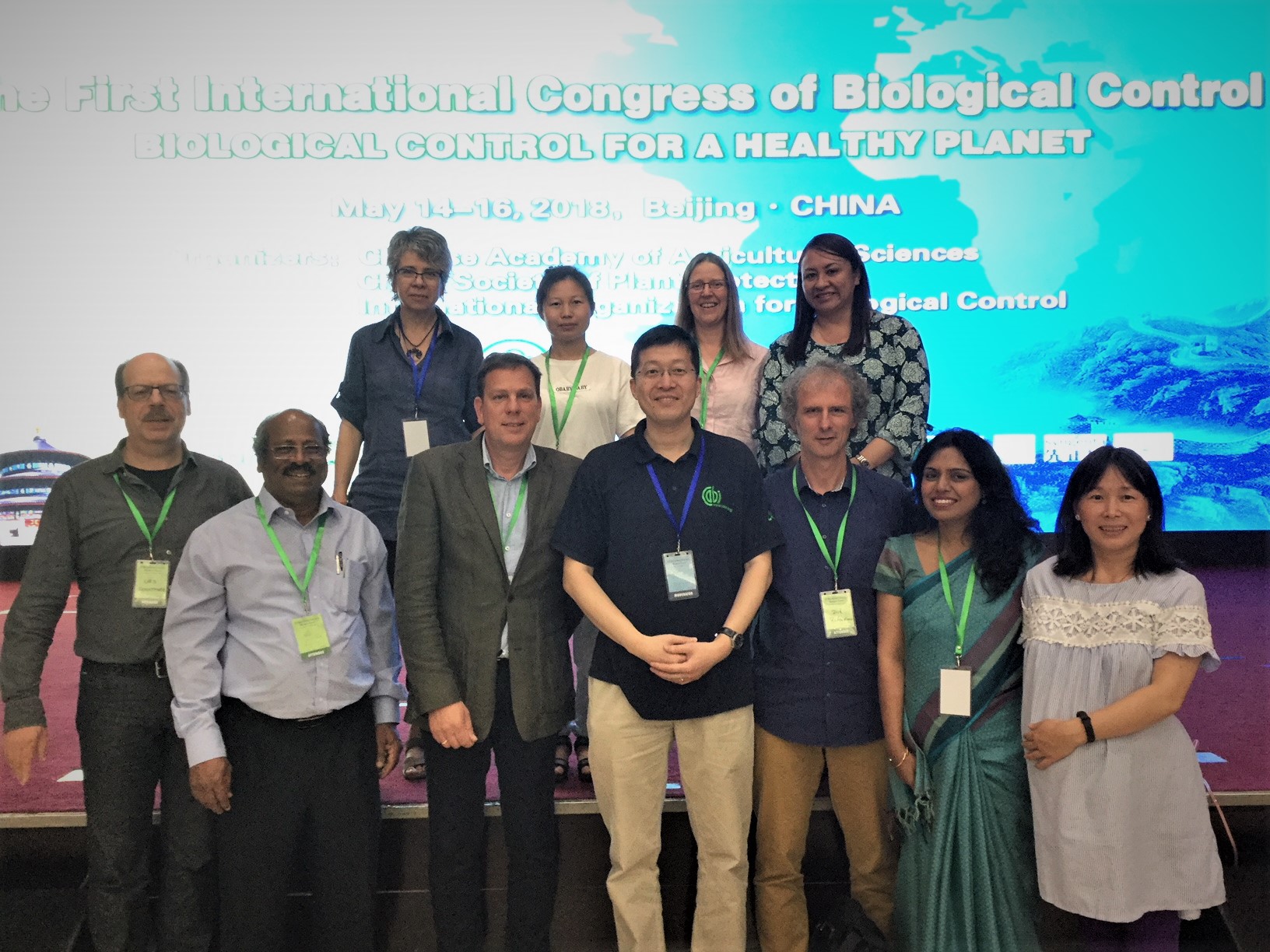 CABI staff at the First International Congress of Biological Control, 14-16 May 2018, Beijing, China

More than 1000 biological control researchers and practitioners from 46 countries came together in Beijing, China during the week of 14 to 16 May 2018 to participate in this First International Congress on Biological Control (ICBC-1).

The theme of the Congress was “Biological Control for a healthy planet” and covered a broad range of highly pertinent topics. There were 12 plenary lectures, 15 scientific sessions with 160 presentations and large number of poster presentations.

The Congress was co-hosted by the Chinese Academy of Agricultural Sciences (CAAS), the International Organization for Biological Control (IOBC) and the China Society of Plant Protection.

The Congress presented a unique forum for discussing various aspects of biological control including bio-pesticides. It also provided researchers and practitioners a unique platform to meet, exchange information and discuss current issues relating to biological control. 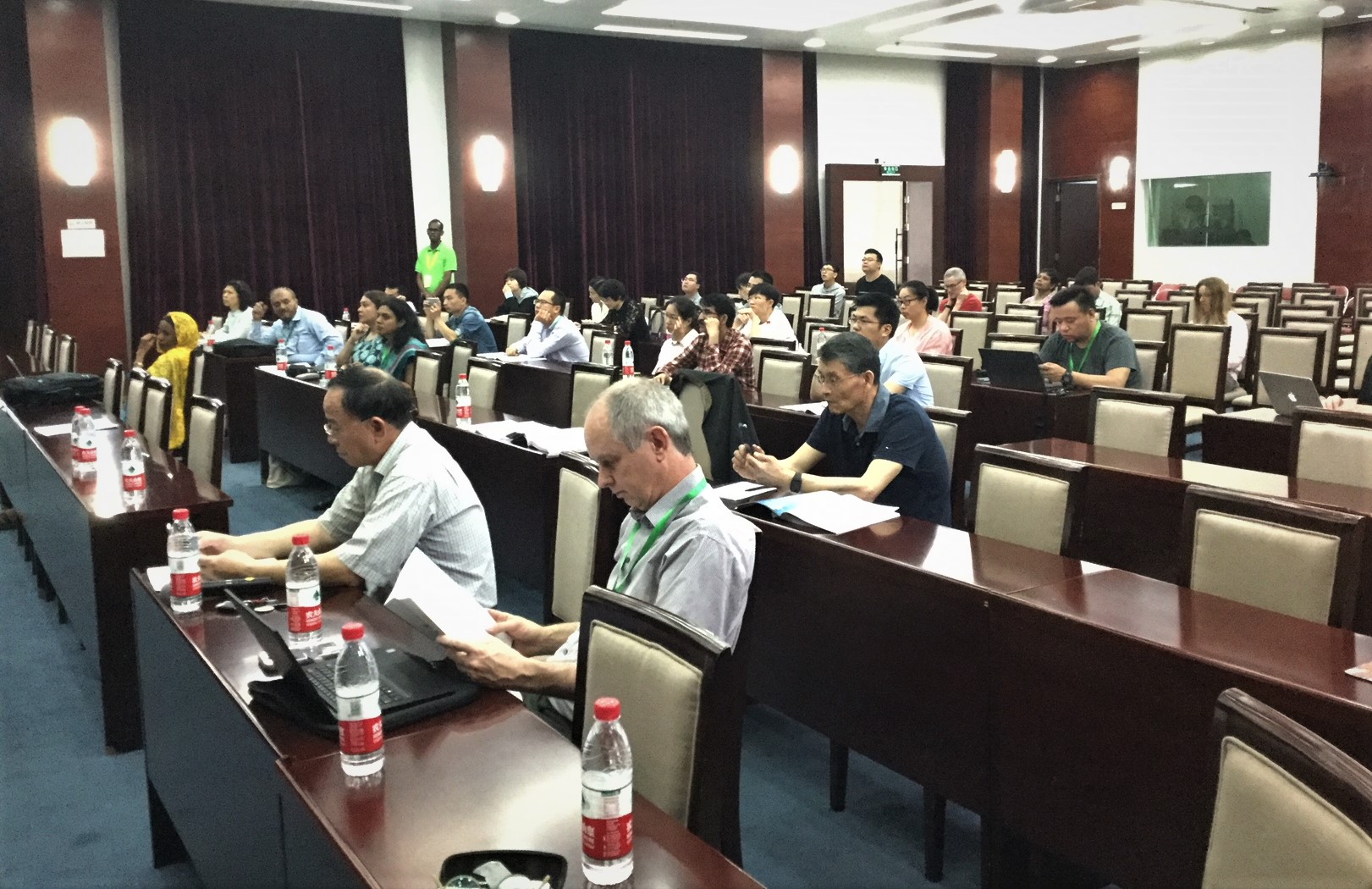 In line with the theme, the Congress also included sessions such as Biological Control in support of human health and Socio economic impacts on biological control. There were also special workshops such as the Lantsang-Mekong Cooperation Special Fund (LMCSF) Project and two working groups on viz. (i) Bio-metabolites and the Molecular bio-pesticides and (ii) Trichoderma and soil-borne diseases Working Group.

It was interesting to note that many of the topics were interdisciplinary in nature, reflecting new paradigms of strategies and interventions. A number of topics still had the traditional flavour of classical biological control such as risk assessment and biosafety, biological control and its role in preserving biodiversity, enhancing ecosystem services and highlighting advances in conservation biocontrol, integration in IPM projects etc.

New perspectives, or vistas, were provided with cutting edge molecular tools e.g. on the use of DNA barcoding for enhancing detection of plant insect pests and their natural enemies; the implications of novel genetic tools for risk assessment; predicting consequences of climate change on and pests and natural enemy interactions; genetic understanding and improvements of entomogenous fungi and new bio-inspired interventions derived from microbiome and metabolome studies.

Although a majority of the presentations delved into the cellular and organismal worlds, there were also presentations on the bigger picture i.e. into industrial policy and market development for biological control and the current status and update on biological control in the Belt and Road countries. Overall, the congress was successful in meeting its objectives and in the final day closing, it culminated with the ‘Beijing Declaration for Biological Control’ with the theme ‘Interdisciplinary Biological Control.’ The post congress activity included visits to CAAS for modern agriculture and Miyun District, Beijing for natural enemy manufacturer and Yanqin District, Beijing for modern biological control field base.

The hard copy of the proceeding was published by the organizers with Qiu Dewen as the Editor-in-Chief.

A news story, featuring presentations by Ulrich Kuhlmann and Hariet Hinz, was written and can be read on the CABI.org website here.