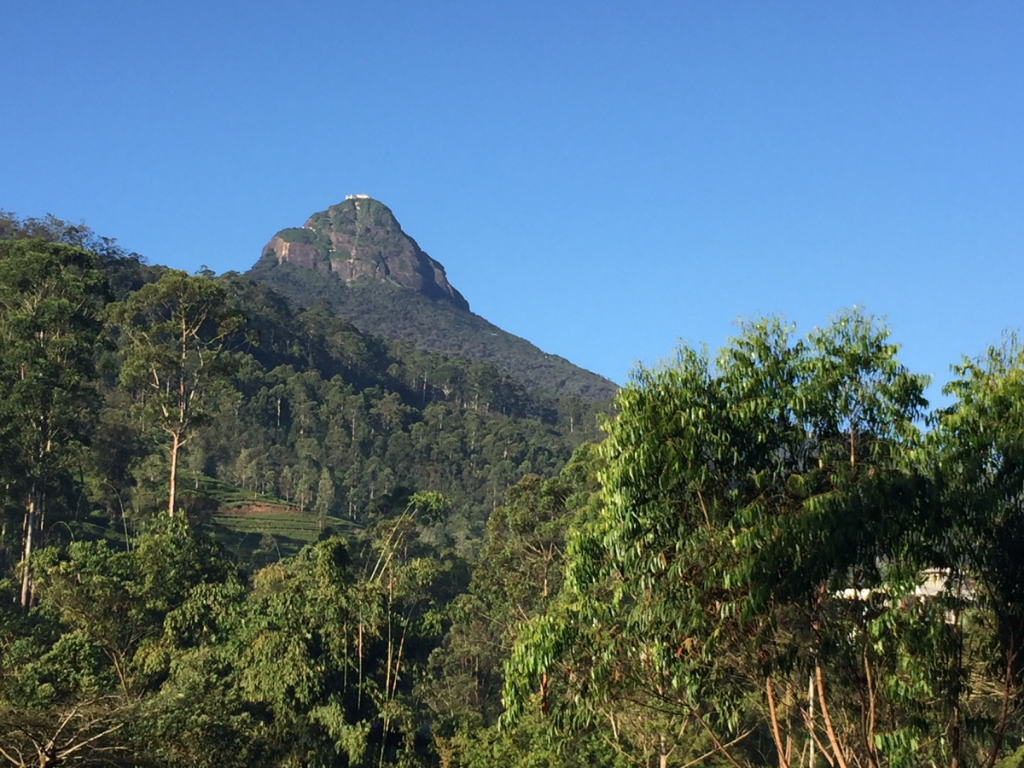 Back in the 1980s, in the midst of Sri Lanka’s civil war, an initiative by the NGO Save the Children Norway, sought to promote ethnic and religious harmony through what they called ‘walkshops’ and ‘talkshops’ on the holy mountain, Adam’s Peak.

Up until the 1960s, Adam’s Peak – also known as Sri Pada (the sacred footprint) – was the greatest interfaith pilgrimage site on earth, attracting Buddhists, Hindus, Moslems, Christians and others in vast numbers. Prior to the civil war, members of these faith groups would climb together and worship by the imprint in the rock that they recognize as the mark of Buddha, Shiva, Adam (after he was expelled from paradise), and the apostle to the world, St Thomas. The indigenous god of the mountain, Saman, was also venerated. Except for perhaps Jerusalem, there is no other site with such widespread religious significance.

In February 2018, I had the opportunity to climb Adam’s Peak joining 300,000 pilgrims in the overnight ascent. As a scholar of pilgrimage and peace-building, I wanted to know if the holy mountain might be able to work its magic in rebuilding Sri Lanka after years of inter-religious and ethnic strife. Today, Buddhist-Hindu conflict has largely ended, but attacks on Muslims are on the rise, posing a real threat to the reconciliation process.

Over the centuries, Adam’s Peak has inspired harmonious coexistence among all those engaged in trade along the Maritime Silk Road linking China and Indonesia to the Arabian Peninsula and Tanzania. Described as the ‘Clapham Junction’ of the Silk Road, Sri Lanka is where all peoples of the world come together for commerce. The famous Chinese explorer Zheng He acknowledged the significance of Adam’s Peak during his second voyage to Sri Lanka in the 1400s. He erected a stelae that spoke to the potential of building peace through trade and, in a great ceremony, offered a treasure chest of gold and silver ornaments to the three gods of the peak.

In the walkshops and talkshops, project leaders wanted to inspire Buddhist, Hindu and Muslim youth to find solutions to the gnawing problems of mistrust and violence. Based on the contact hypothesis, the methodology for dispelling stereotypes and building friendship across lines of division was centered on pilgrimage. Bonding would take place during the ‘walkshop’, as the youth helped one another during the strenuous climb to the top. This was an opportunity for participants to envision a future in which they were not divided. On the mountain, everyone is equal, and it could also be like this in the broader community.

The ‘talkshop’ on the other hand, was about learning to appreciate the diversity of beliefs connected with the mountain. While Jerusalem is sacred to Jews, Muslims and Christians, there are specific sites that are central to the faiths. At Adam’s Peak, there is just one site for all, a slight impression in the rock with multiple meanings. Mythmakers contemplating Adam’s Peak through the ages have created intricate links between the peak’s deities; Visnhu and Shiva with Buddha, the Buddha with Islam and Adam, and also Mecca, and with the indigenous god Saman, and so on.

The meta-narrative embedded in the ‘cosmic geography’ here collectively endorses the presence of all pilgrims. Humanity as a whole is welcome. No-one’s claim is stronger than any other.

Currently, Adam’s Peak is recognized as a UNESCO World Heritage site but not for its religious traditions or pilgrimages. Rather, it is a part of the Peak Wilderness Sanctuary which is rich in biological diversity. The entire mountain should be recognized by UNESCO as an example of intangible world heritage and as a Corpus Separatum, as proposed for Jerusalem in 1947. It would become a place of peace governed by an international regime that would include all the major faiths. It would be a safe places for dialog, as in the earlier walkshops and talkshops, setting the tone for the country’s reconciliation efforts.

Places like Jerusalem and Adam’s Peak are beacons of hope for humanity and they should function as models for coexistence, but there is much work to be done. 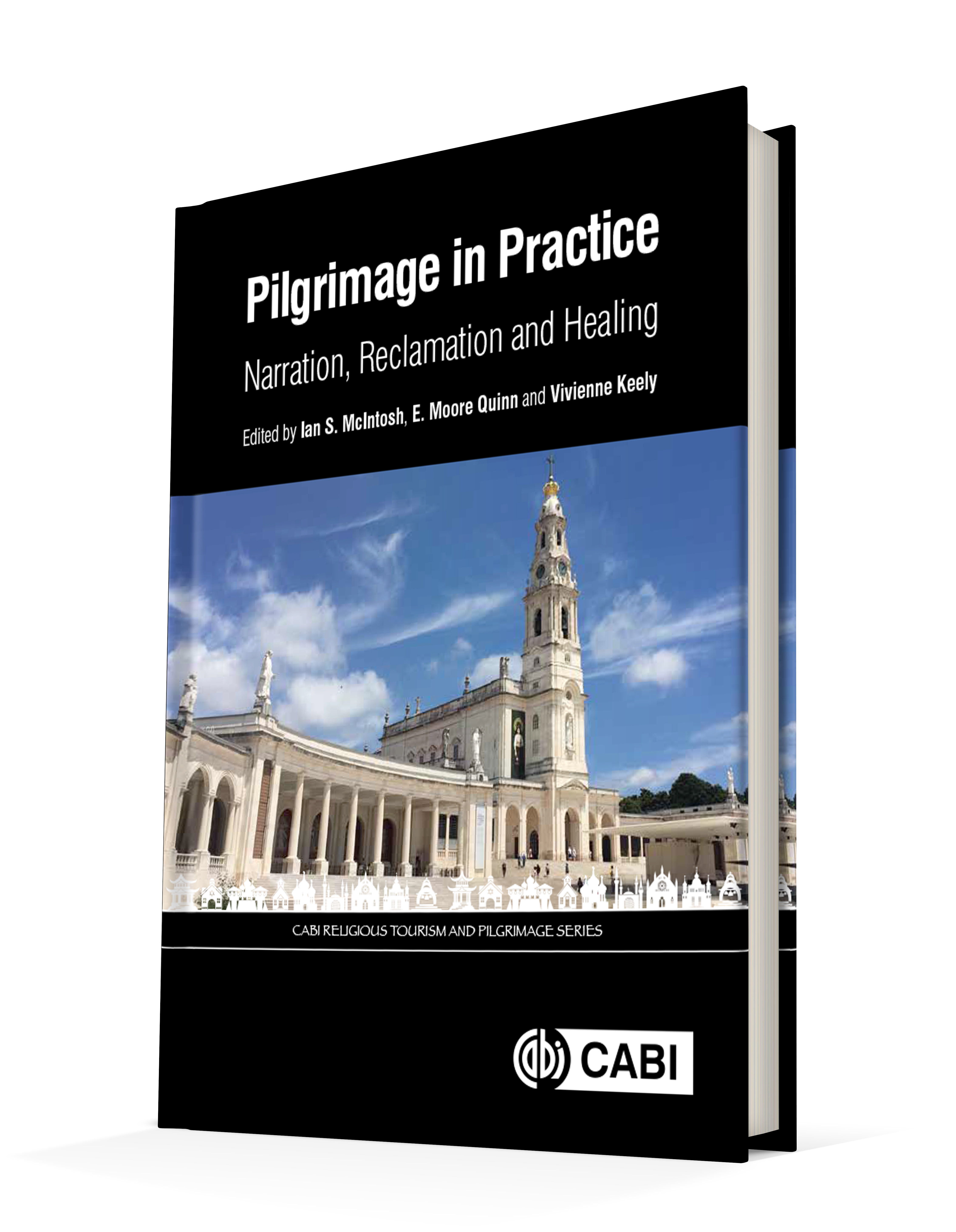 You can read Part One of Ian’s blog here.

Have you visited a site of pilgrimage? Tell us below in the comments!

Tourism these days is not only a fast-growing industry worldwide, which carries blessings as well as undesired effects, it is also a field that is receiving more and more attention from a myriad of academic perspectives. It is no secret that travel and…