The United Nations has proclaimed May 22 the International Day for Biological Diversity (IDB) to increase understanding and awareness of biodiversity issues. This year, to coincide with the observance of 2017 as the International Year of Sustainable Tourism for Development as proclaimed by the United Nations General Assembly, sustainable tourism has been chosen as the theme for Biodiversity Day. The theme reflects both the value of biodiversity for tourism, and the role of well-managed tourism in helping to protect wildlife and biodiversity values. 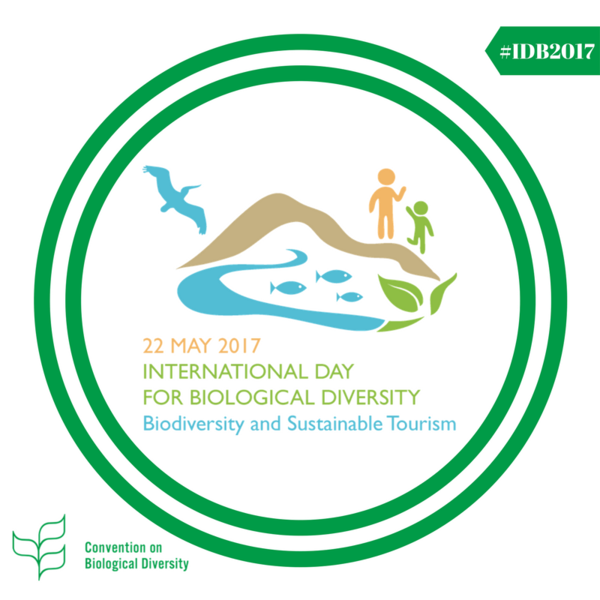 According to the Convention for Biological Diversity: “Biodiversity, at the level of species and ecosystems, provides an important foundation for many aspects of tourism. Recognition of the great importance to tourism economies of attractive landscapes and a rich biodiversity underpins the political and economic case for biodiversity conservation. Many issues addressed under the Convention on Biological Diversity directly affect the tourism sector. A well-managed tourist sector can contribute significantly to reducing threats to, and maintain or increase, key wildlife populations and biodiversity values through tourism revenue.”

The International Year of Sustainable Tourism for Development shows how tourism is identified in three of the Sustainable Development Goals, and a valuable contributor to all 17 goals. Similarly, tourism relates to many of the 20 Aichi Biodiversity Targets. For some Targets (for example 5, 8, 9, 10 and 12) this is primarily about ensuring greater control and management to reduce damage to biodiversity from tourism. For others (1, 11, 15, 18, and 20) this is about pursuing the positive contribution of tourism to biodiversity awareness, protected areas, habitat restoration, community engagement, and resource mobilization. A further dimension is the better integration of biodiversity and sustainability into development policies and business models that include tourism, thereby supporting Aichi Biodiversity Targets 2 and 4.

The UN World Tourism Organization (UNWTO) participated in the UN Biodiversity Conference COP13, in Cancun, Mexico last December. Speaking at the conference opening, UNWTO Secretary-General Taleb Rifai said: “Tourism and biodiversity are natural allies and UNWTO is fully committed to its joint work with the Convention of Biological Diversity. Tourism can highly contribute to the protection of biodiversity, by raising awareness, by engaging the tourism community and by proposing sustainable alternatives for local communities.”

Without proper and responsible management, tourism can of course be a threat to the environment and biodiversity. Clearing mangroves and forests for hotel development, extraction of scarce water resources, and use of potentially invasive alien species in hotel gardens, are all examples of poor practice which can threaten biodiversity. But conversely, wildlife tourism and other forms of ecotourism puts a value on wildlife and habitats which provides an incentive for communities to protect them. Tourists will pay a lot of money to watch whales and dolphins, see turtles hatching on beaches, or view charismatic wildlife species such as tigers in India or gorillas in Uganda and Rwanda. Properly managed, such tourism can provide incomes to local communities for generations, making it more valuable to protect the species than to hunt whales or log a forest.

The Convention of Biological Diversity published a manual on biodiversity and tourism development in 2015 – click here to access the PDF file.