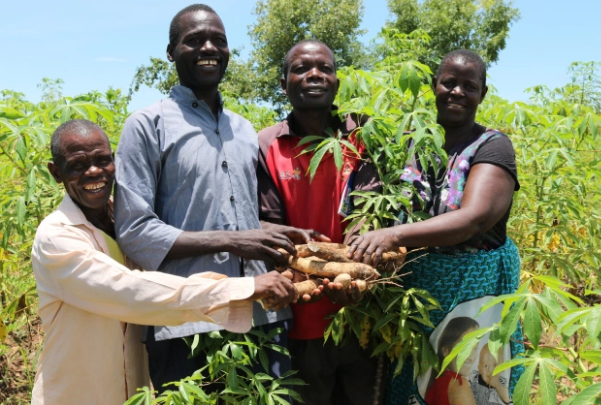 In Kalilangwe village in the Nkhotankota district of Malawi we meet Everess Chilchungu, Cyrial Mangochi, Brighton and Agness Mzama – farmers from the Choma radio group who have been listening to the ‘Cassava Plant doctor on air’ show. After a warm reception they share their experiences from listening to the Cassava radio programmes, highlighting challenges from pests and diseases, what they’ve learned and suggestions for improving the show. The meeting is part of an evaluation to understand farmers’ experiences and the impact of the radio show.

“I have learned that I need to uproot the weeds quickly if I see white flies so that the disease doesn’t spread in my crop,” says Brighton who heads the group. Everess has noticed that the tolerant varieties (recommended in the programmes) seem to have fewer pests in general compared to the local variety. “We did not know that white flies transmit the disease. After listening to the radio show, I can now not only identify the flies but can also clearly identify the cassava mosaic disease symptoms” Formed in 2013, Choma cluster farmer listener group has 20 members and is one of many in Malawi that uses radio to improve their farming practices.

Dokotala wa chinaingwa pa wailesi (Cassava Plant doctor on air show, as it’s popularly known) has been airing since October 2016 on the Nkhotakota community radio station which has 100,000 listeners  in the district. The station is one of a number of community stations across Malawi, well-loved by locals who get to listen in to programmes about issues that affect their community and produced by locals like them. 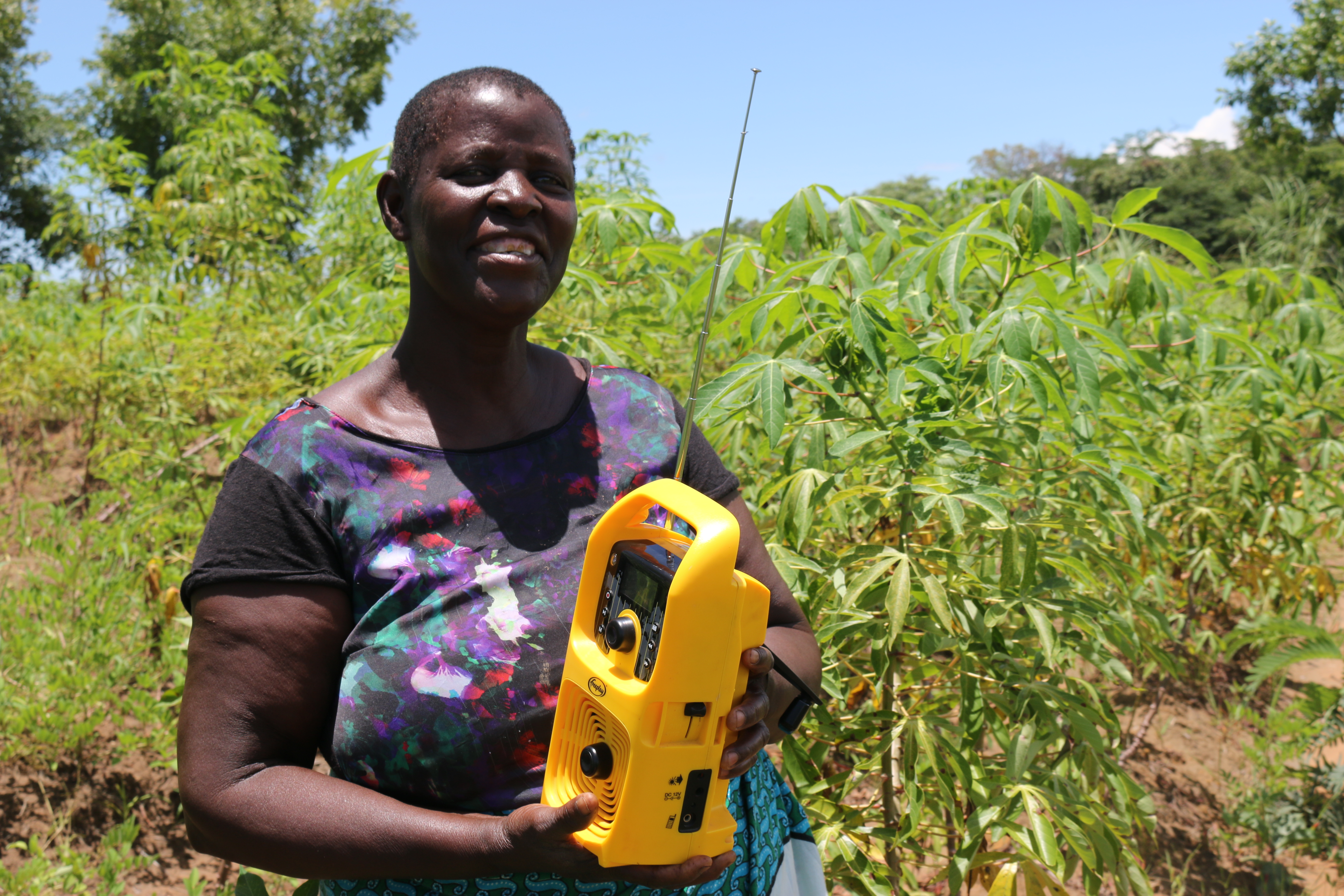 A Farm Radio Trust (FRT) led workshop held the previous day and attended by cassava farmers, Nkhotakota Community Radio, and representatives from the agricultural extension service teased out numerous farmers’ experiences on cassava growing. Debates focused on implementing the new cassava production techniques as aired on radio. There were heated discussions on topics like availability of tolerant varieties and the fact that when planted, the tolerant variety tubers are sometimes stolen because they have a sweeter taste!

What was evident was the relevance of the radio programmes to farmers’ day to day activities and their commitment to sharing best practice within their communities. John Mangani, the area’s agricultural extension officer, told us just how important cassava is to farmers in the region. “Each household grows about 1 acre of cassava on average (from an overall farm size of around 2 acres), so efforts aimed at reducing loss of their harvest are  highly welcome!”  District Crops Officer, Stellia Mangochi, told us that the programmes had prompted farmers to get in touch with their extension workers to ask questions and advice on where to find the tolerant varieties Sauti and Sangoja (one of the key recommendations of the programmes), which shows that farmers want to find out more.

Catherine Mloza Banda and the rest of the team from Farm Radio Trust will now be following up with a more in depth evaluation of the activities to assess how many farmers have listened in to the programmes and what changes there have been in knowledge attitudes and practices, which will give useful insights for future campaigns.

By David Onyango and Tamsin Davis