Author of the Month: Tourism and Geopolitics, Derek Hall 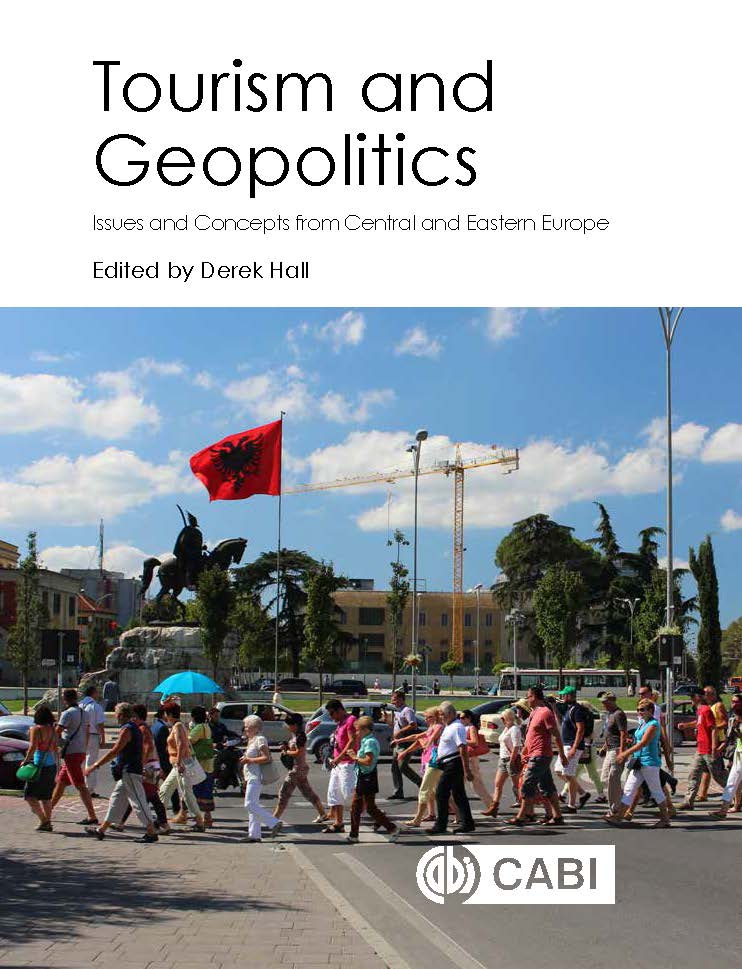 Recently, the financial pages of our daily newspapers have highlighted how the shares of major tourism and travel companies have fared in ‘weathering the recent storm’. While climate change and turbulent weather per se have contributed their part to this metaphor, the allusion is mainly directed towards the impacts on tourism and travel behaviour of recent (and ongoing) global geopolitical events:

My first book associated with CABI was published in 2001, and although a number of tomes have followed, the writing, editing and coordinating of this new book Tourism and Geopolitics: Issues and Concepts from Central and Eastern Europe has provided some particularly interesting challenges and many rewarding moments. For this I am grateful to the international array of cooperative and supportive contributors to the volume and to the unsung heroes of publishing, not least both the excellent copy editor and index compiler, and CABI’s own behind-the-scenes production team.

As suggested by the above introduction, two global trends that are apparent to the casual observer are fundamental to this book. The first is that, despite heavily-reported man-made and natural disasters – from terrorism, political instability and crime to earthquakes, tsunamis and sea-level rise – and  in the face of clear environmental consequences, increasing numbers of people are travelling around the world for tourism and leisure purposes. Second, the role and importance of geopolitics – however it may be defined – appears to be looming ever larger in our lives in these times of global uncertainty. Until now, the interactions of these two sets of international phenomena have been poorly evaluated, and notably so in Europe. The new volume Tourism and Geopolitics: Issues and Concepts from Central and Eastern Europe therefore aims to help rectify this serious gap in the literature.

Drawing on thirty contributors from across Europe and beyond, this work represents a unique and important collaborative resource that examines the many dynamic interrelationships that can be found between tourism and geopolitics at all levels, with a focus on experiences drawn from Central and Eastern Europe that possess wider European and global significance. As such, this work attempts to provide the most comprehensive overview of tourism and geopolitics currently available, it applies a range of geopolitical concepts and approaches to empirical experiences of tourism and mobility, and embraces contributions from a balance of both established and new academic and practitioner voices.

How are our perceptions of the world and our subsequent behaviour within it, as expressed through our travel and tourism, influenced by geopolitical events and relationships, and our (perhaps media-distorted) views of them? How can tourism and travel activity overcome the divisive nature of borders and boundaries, both objective and subjective? How does conflict impact on everyday life and how do tourists and tourism agencies respond to it when it is taking place within their own country? Should the encouragement of international tourism be a priority growth sector for a country that is recovering from several years of internal conflict? Can tourism really promote peace and cooperation? What role can sun, sand and surf tourists play when faced with refugees being washed up on the beach?

It is these and other such questions that this volume seeks to interrogate and exemplify. And usually such analysis has a tendency to raise more questions than it can (easily) answer; scientific inquiry was ever thus. This volume also raises questions regarding how new digital and cyberspace tools can complement and enhance our existing analytical skills.

It is hoped that this volume’s contribution to an understanding of the relationships raised in the above questions will better equip us to recognise and understand within our global home our fundamental human commonalities, as well as our differences. Such understanding would seem to be required now more than ever before.

Tourism and Geopolitics: Issues and Concepts from Central and Eastern Europe is available to buy on the CABI Bookshop