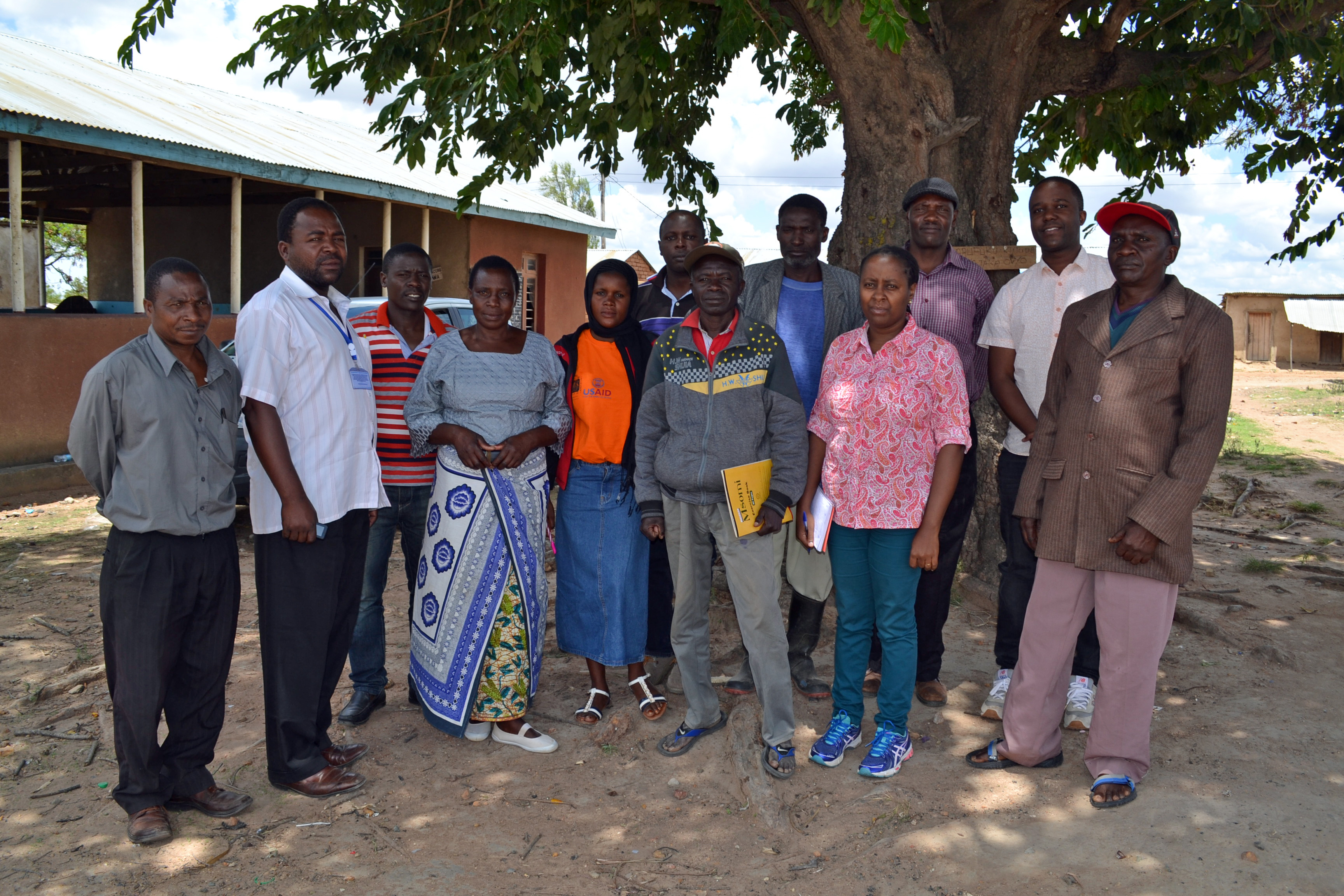 Some of the farmers that participated in the a meeting with CABI/AFAP team in December 2016 in Chalangwa village, Chunya district, Mbeya region. Second from left is the District Agricultural Officer Mr. Augustine Ndelwa. Photo: Abigael Mchana, CABI

In the southern highlands of Tanzania, people’s livelihoods are dependent on what farmers can grow for food and sale. Legumes, such as common beans, soybean and groundnut, are good protein sources and play a key role in nutritional security and household incomes. But yields lately have been in decline. This is mainly due to a lack fertilizer and quality seeds, both of which can increase productivity, as many of the farmers are wedded to traditional production practices.

The SILT programme (Scaling up improved Legume Technologies) aims to address these production challenges by providing farmers with access to improved technologies. The partnership is now focussing on soybeans.

In a recent meeting, farmers from Chalangwa village, Chunya district, Mbeya region insisted that the key challenge to increasing production in the region was lack of a good market. One farmer recalled a few community members that tried to produce soybean but could not find a market and couldn’t easily consume it. This was further confirmed by Mr Augustine Ndelwa, the Agricultural officer for the district saying: “there is a general lack of market for soybean. Soybean prices are lower than those for common bean, and farmers don’t see reason to produce soybean which they don’t even consume”. He further acknowledged that while increasing production may stimulate markets due to volumes, farmers are skeptical about engaging in a crop they are unsure about selling.

Our campaign on soybean has therefore included information on marketing in addition to processing and post-harvest handling, as well as alternative uses and how to prepare soybeans at the household level. If farmers are to increase soybean production we need to tackle their strong perceptions about a lack of a market by focussing on better market links with traders and processors, as well as ensuring farmers are provided with market information and ways to add value. This can be done in conjunction with local agricultural and extension personnel.

The programme is implemented by a consortium of partners including CABI, Farm Radio International, Africa Fertilizer and Agribusiness Partnership and the International Institute for Tropical Agriculture. The programme provides information to farmers on proven legume technologies within Tanzania including: use of rhizobia inoculum, good agricultural practices, use of fertilizer, new seed varieties, use of quality seed, proper harvesting and post-harvest handling. In each of the selected locations, information is disseminated through demonstrations, radio programming, village-based advisors and printed information materials. Work on the ground is undertaken in conjunction with local agricultural officers and extension workers.