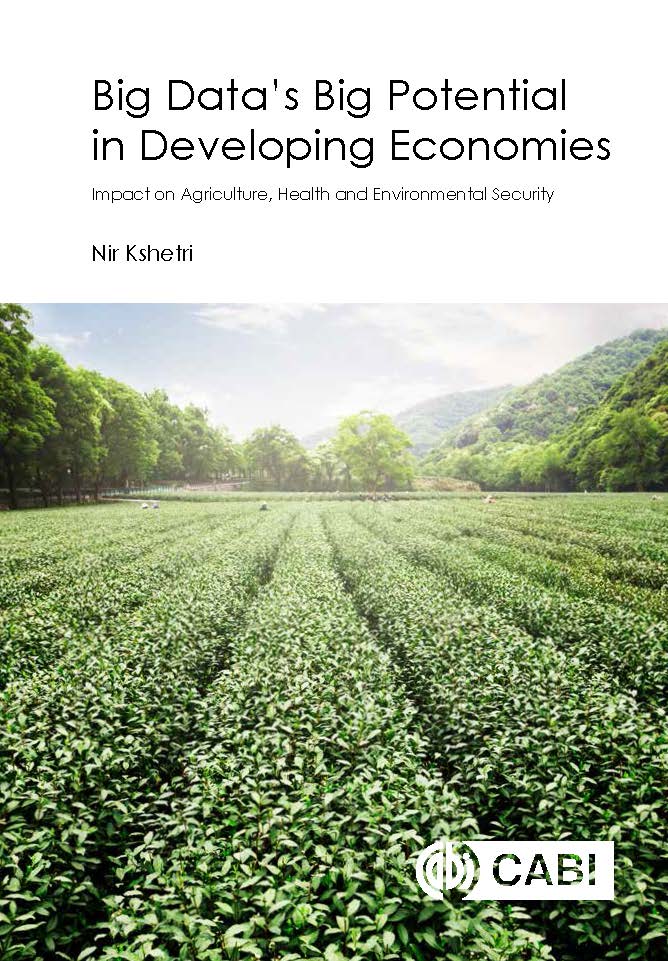 Big data’s role in addressing the root causes of poverty

There clearly are some signs of big data-led political, economic and social transformations taking place in developing countries. Early evidence has shown the huge potential benefits that can be realized by implementing big data in diverse fields that are critical to the future of these countries. The book Big Data’s Big Potential in Developing Economies: Impact on Agriculture, Health and Environmental Security (CAB International, 2016) delves into some of the key social and economic sectors that are being transformed by the use of big data.

Big data can force companies to be environmentally more responsible. For instance, consider the Cayman Islands-based and London Stock Exchange-listed company, United Cacao, which was accused of deforesting about 7,000 hectares (17,300 acres) of mostly primary, closed-canopy rainforest in the Peruvian Amazon. The plantation company had dismissed the accusation saying the land was not a rainforest when it was acquired. The international campaigning organization, Environmental Investigation Agency (EIA), used three-dimensional forest mapping data and satellite imaging data from Global Forest Watch and other sources to create Peru’s map of carbon density. Big data provided EIA with strong evidence to argue that the areas deforested by the United Cacao’s projects were mostly primary forest before the launch of the project.

Thanks to big data-based evidence, regulators are reevaluating and enforcing environmental rules and regulations and are becoming more transparent. For instance, in December 2014 Peru’s Ministry of Agriculture ordered United Cacao to stop the work on the plantation. The Ministry gave 90 working days to produce a soil study that confirmed the plantation site’s ability to handle cacao plantation.

The healthcare sector also has a great potential to benefit from big data. In order to illustrate and explain the importance of big data in addressing key healthcare challenges, consider malaria. According to the World Health Organization there were 124–283 million cases of malaria worldwide in 2013, which led to 367,000–755,000 deaths. Multiple big data applications are in various phases of development and deployment to fight malaria and other diseases. For instance, the US-based location intelligence software company aWhere’s Mosquito Abatement Decision Information System (MADIS) uses a satellite-based surveillance system to identify areas that are likely to face severe attacks by mosquitoes. This information can be valuable to help make decisions regarding the appropriate locations where supplies such as mosquito nets can best be used. MADIS combines satellite data, weather models and mosquito biology in order to locate and analyse mosquito breeding sites with a high level of accuracy.

Agriculture is entering into what Lance Donny, founder of the agricultural technology start-up OnFarm Systems, refers to as the third stage (Ag 3.0). Ag 3.0 involves exploiting data from diverse sources such as sensors embedded on farm equipment and plants, satellite images and weather tracking. The idea is that by deploying techniques such as micro-drip irrigation systems, using drought-resistant seeds and expanding microloan, it may be possible to improve the livelihood of smallholder farmers and increase their income. Moreover, big data is likely to help provide smallholder farmers highly personalized and customized sets of solutions. It is, for instance, anticipated that not far into the future a rural African farmer working in his farm can be geo-located with the help of an app installed in his cell phone. The soil type and needs of the field can be identified and advice regarding appropriate seeds can be offered. Then the farmer will be told where they can be purchased, and how they can be planted and harvested. The availability of sensors to accurately and cost-effectively monitor and measure various needs of the field is likely to make this happen.

Finally, some seem to have the view that privacy is not important for poor people simply because they are poor. There is also a tendency to blame phone operators and regulators for not giving consumers’ information to Western analysts. That's a dangerous misconception, especially when you consider that inter-ethnic, tribal tensions and violence exist in many developing countries. People are living in the aftermath of recent civil wars in others. In countries characterized by conflict, crisis and weak law enforcement, privacy breaches may lead to a physical security risk. Privacy is thus no less important for people in these countries. Telephone companies based in the developing world have genuine privacy and business concerns to make their customers’ data available to third parties. What is needed from Western NGOs, analysts and researchers are more actions that lead to better utilization of data to address diverse problems facing the poor and less talk.

Further details of the above and other related concepts and examples are discussed in the book. Also analyzed are how the issues of agriculture, health and environment are intricately intertwined with each other.  Hence big data-led improvements in one area also contribute positively to other areas.