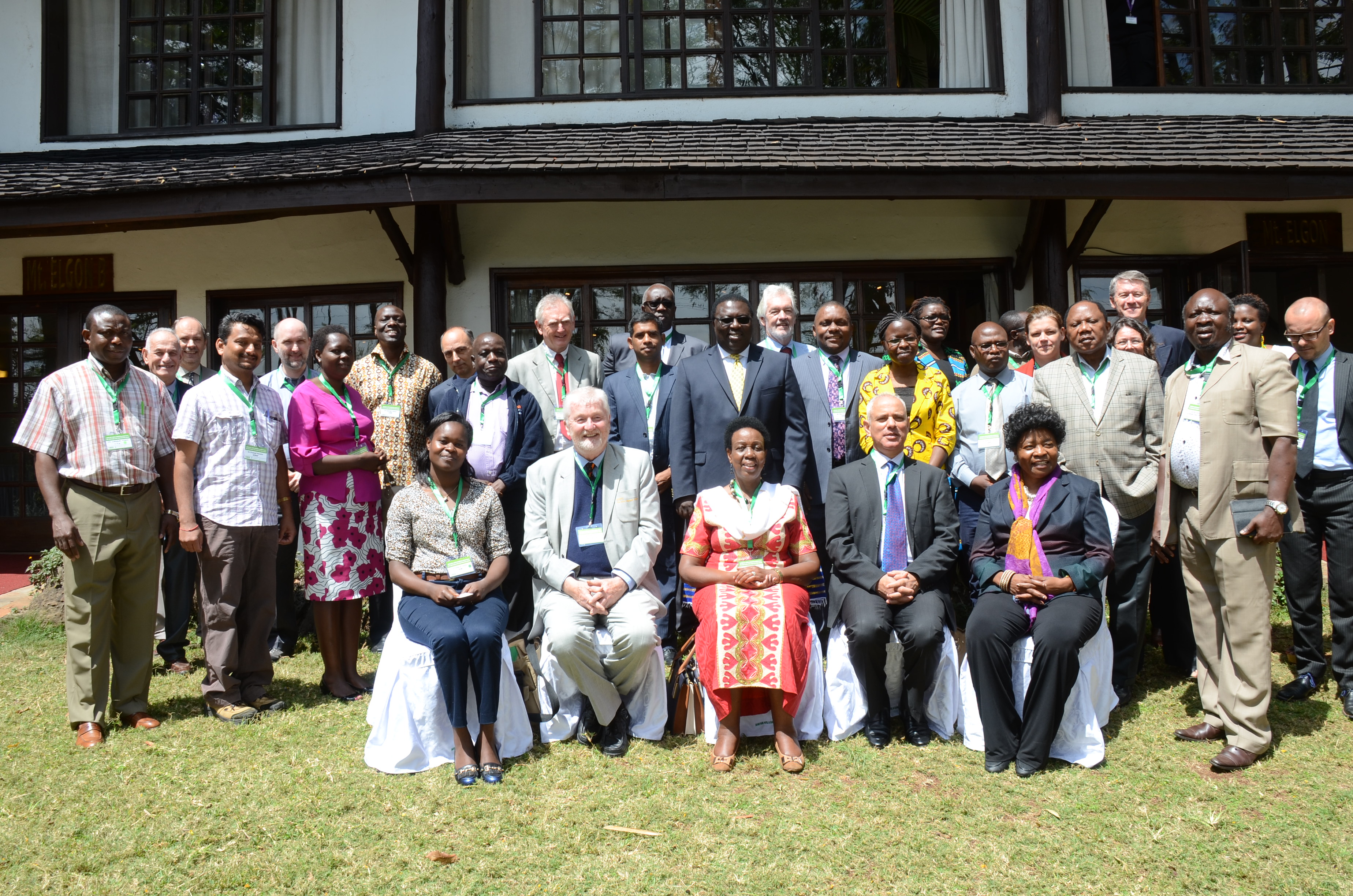 Over 7 billion people currently depend on just four major crops to supply more than three-quarters of their food intake. By 2050, the global population is set to reach 9 billion. The world is already experiencing the implications of temperature increase and its impact on food supply. It is becoming increasingly accepted that, given warmer global temperatures, we will need options for agricultural diversification, including a wider range of crops and cropping systems. The Global Action Plan for Agricultural Diversification (GAPAD) initiative tackles this issue.

GAPAD is an initiative to support the Sustainable Development Agenda (Agenda 2030) adopted by the United Nations in September 2015. It responds to the Declaration on Agriculture Diversification, signed by world leaders during the United Nations Framework Convention on Climate Change (UNFCCC COP 21) in Paris in December 2015. The Declaration calls for a global action plan for agricultural diversification. Agricultural diversification entails expanding the current range of food crops through increasing species diversity to promote resilient agricultural ecosystems that include new crop varieties for food and non-food uses.

Close to 40 participants from 14 countries and 5 continents, all of whom were distinguished experts and leaders in fields relevant to agricultural diversification, accepted an invitation to take part in a roundtable forum held in Nairobi on 25 and 26 October 2016. They included high-level representatives of the African Union Commission (AUC), the SDG Centre for Africa and the Australian High Commission together with representatives from research and development organisation and journalists. The aim was to start to develop a global action plan for agricultural diversification, which will contribute to achieving SDG 2, ‘zero hunger’. It is envisaged that agricultural diversification can improve nutrition, enhance food security and help alleviate poverty amongst other benefits. 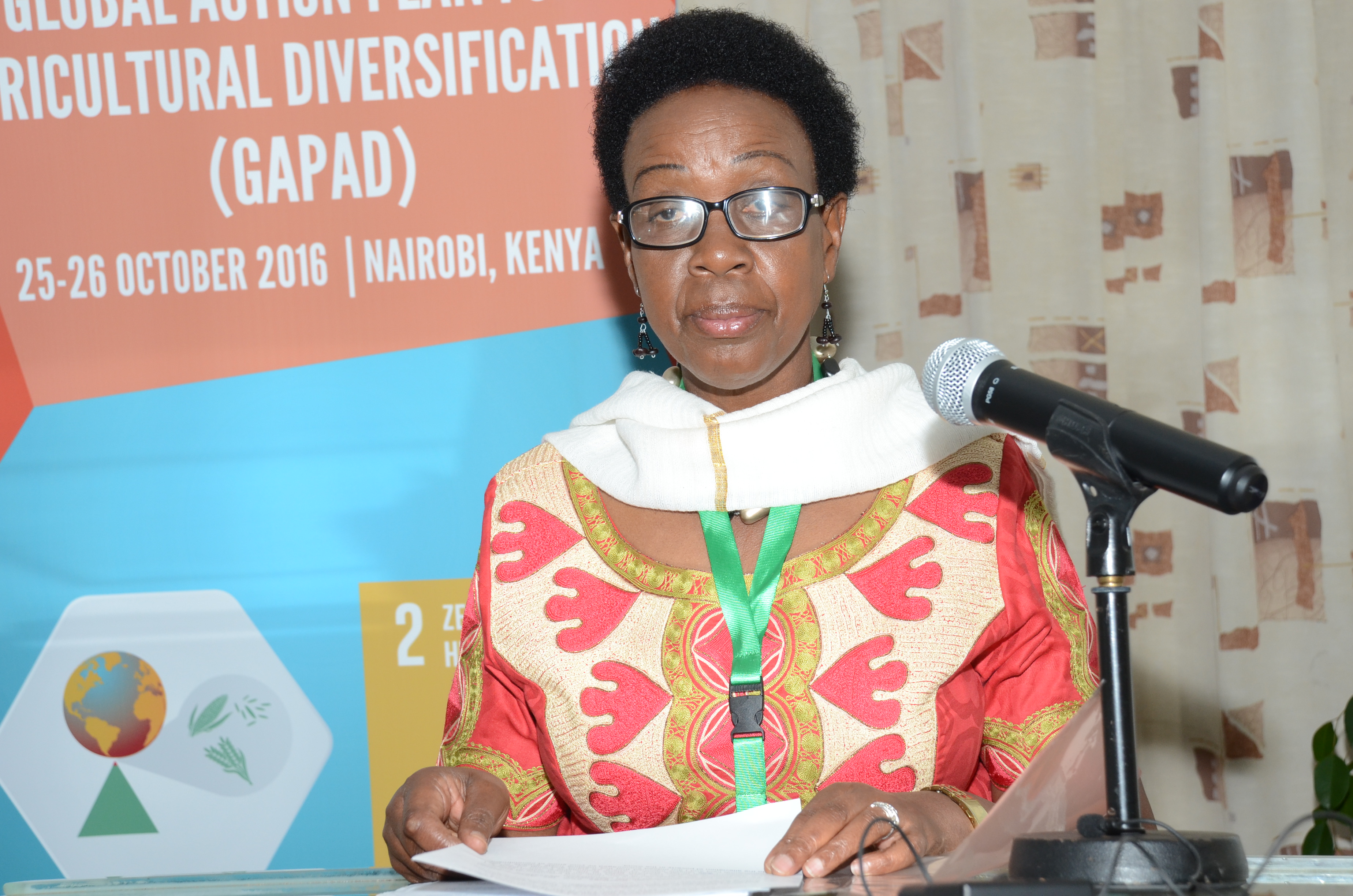 After a formal opening by H.E. Rhoda Peace Tumusiime, Commissioner for Rural Economy and Agriculture at the AUC, and brief scene-setting presentations and discussions, participants, including the commissioner, quickly got down to work.

The first step was to unpack the five main targets (2.1-2.5) and three additional targets (2a-c) that make up SDG2 – 'end hunger, achieve food security and improve nutrition, and promote sustainable agriculture'. They also identified and discussed some of the challenges that lie ahead in trying to meet them. This exercise laid the foundation for the main focus of the round table – to start to develop an action plan to meet the targets.

On the second day, participants developed GAPAD targets based on each of the eight SDG2 targets but focused on the role of agricultural diversification. They then identified the priority activities needed to achieve these targets. Progress was also made in determining when each activity could be completed and who might take the lead. For each of the eight targets, a small number of priority activities were identified.

During the closing session of the roundtable, it was noted that the quality of the discussions over the two days and the ambitious nature of the plan was beginning to emerge. Given the complexity, enormity and importance of achieving SDG2, this approach was considered to be exactly what was needed. The roundtable participants agreed that the time was right to make an urgent start on the complex and ambitious process of agricultural diversification to meet the needs of a hotter world. It was noted that the participation of the AU Commissioner throughout the two days of the roundtable was most unusual; a very clear demonstration of the seriousness with which the AUC is taking GAPAD and the implementation of Agenda 2030.

The next step will involve a small group of eminent, respected and highly qualified individuals who will distil and refine the output of the Nairobi roundtable, and integrate these with the distilled and refined outputs from the roundtables that addressed the other five SDGs being addressed by GAPAD. The result is expected to be a compelling, credible, inclusive, authoritative and investable global plan for agricultural diversification in a hotter world, which has the support of all the relevant institutions. 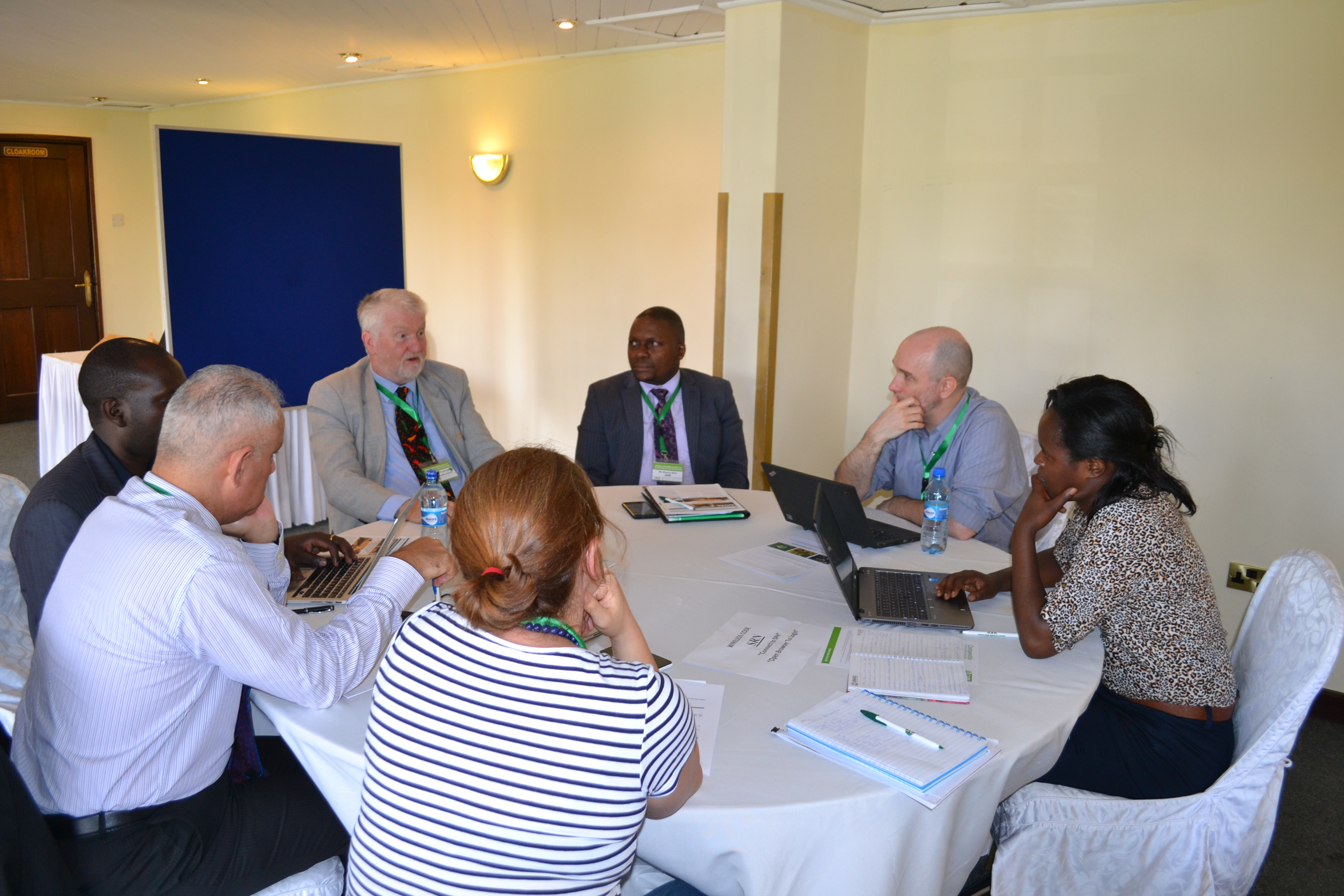 It is anticipated that GAPAD will be formally launched in mid-2017. At the same time, the bold plan for agricultural diversification will be submitted to the secretariat of UNSDA 2030.

In the meantime, GAPAD will seek to build a network of experts, stakeholders, institutions, governments, regional and international organisations, and distinguished individuals to support and champion this urgent and important initiative.

GAPAD is an initiative spearheaded by Crops For the Future and supported by the Association of International Research and Development Centers for Agriculture (AIRCA). The Nairobi roundtable was organised by CABI and the World Vegetable Center.