Author of the Month: Plants and Planting on Landscape Sites, Peter Thoday 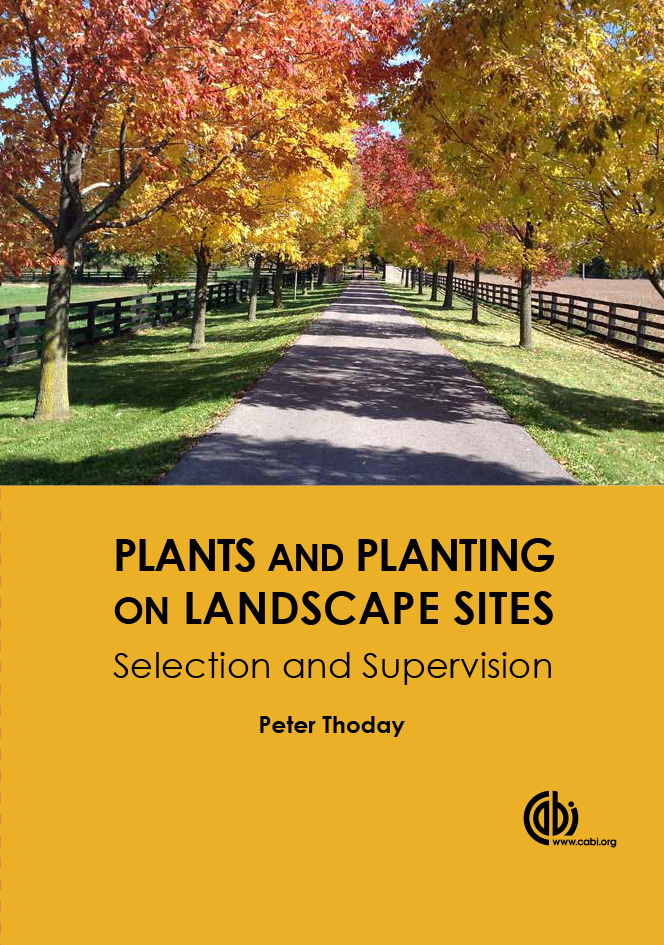 “Plant a tree in ’73, Plant some more in ’74”. Those slogans mark the start of the public’s awareness and many authorities enthusiasm for tree planting. Of course our love of and respect for trees  in both urban and rural landscapes, had been part of our culture  for centuries  but had somehow slipped out of the general public’s awareness over the 20th century.

Those slogans along with other skilful promotions were hugely successful. Trees of various shapes and many sizes were planted everywhere and anywhere, many husbanded with care and sited in appropriate places but far too many were doomed through either going into impossible sites or being planted without skill or understanding. A sad story that moved one arboriculturalist  to add his take on the campaign slogan – “But are they alive in 75?”;  while another suggested putting the instruction “green side up” on each transplant when it left the nursery.

Things have improved almost out of recognition and it is now rare to see large numbers of dead transplants. The concern now is to get the results, the vigorous healthy growth, envisaged by the designer / planter, and in the time scale indicated on the drawings. That is to achieve the design intent.

Using the measure that five green leaves equates to “alive and OK” is nonsense when, if the plant had stayed in the nursery, it would have grown half a metre!

Horticulturalists and foresters may have different views on tree planting techniques with  the former regarding the latter as brutal, the latter seeing the former as fuddy-duddy but they have both transplanted trees with an at least 90% success rate for centuries –   Mr Brown would have expected no less.

In the circumstances it is reasonable to consider the cost benefit of each item in the schedule of works prioritizing those that have a direct effect on establishment and subsequent growth – the so called   critical minimum inputs. As I discuss in Plants and Planting on Landscape Sites, thanks to a combination of observation and experimentation we know these inputs and their relative values in transplant establishment.

The aim of my book is to maximum the investment made in tree and other amenity plantings and so realise their potential contribution in both town and country.

Plants are unique among the materials arriving on a development site, they are alive!  Those critical minimum inputs, the basic requirements to achieve successful establishment and growth start when the plants arrive on site. Both wholesale nurseries and garden centres know that failure to care for transplants before planting accounts for the failure of many previously healthy specimen.

Many amenity plantings find themselves in conditions that few agronomists or ecologists would consider even marginally suitable. Thanks to the resilience of plants many mature plantings prove the pessimists wrong. It is the much more sensitive yet vital establishment phase that requires skilled attention. And the more plant-hostile the site environment the greater the need for those critical minimum inputs.

No public authority, developer, designer or contractor can “order” a transplant to establish and flourish. Biology does not respond to emails and memos, just to the necessary environmental conditions for the physiology to function and  the cells to divide.

Plants and Planting on Landscape Sites is available to buy on the CABI Bookshop.