Author of the Month Blog: The Handbook of Mites of Economic Plants, Dr Vincenzo Vacante 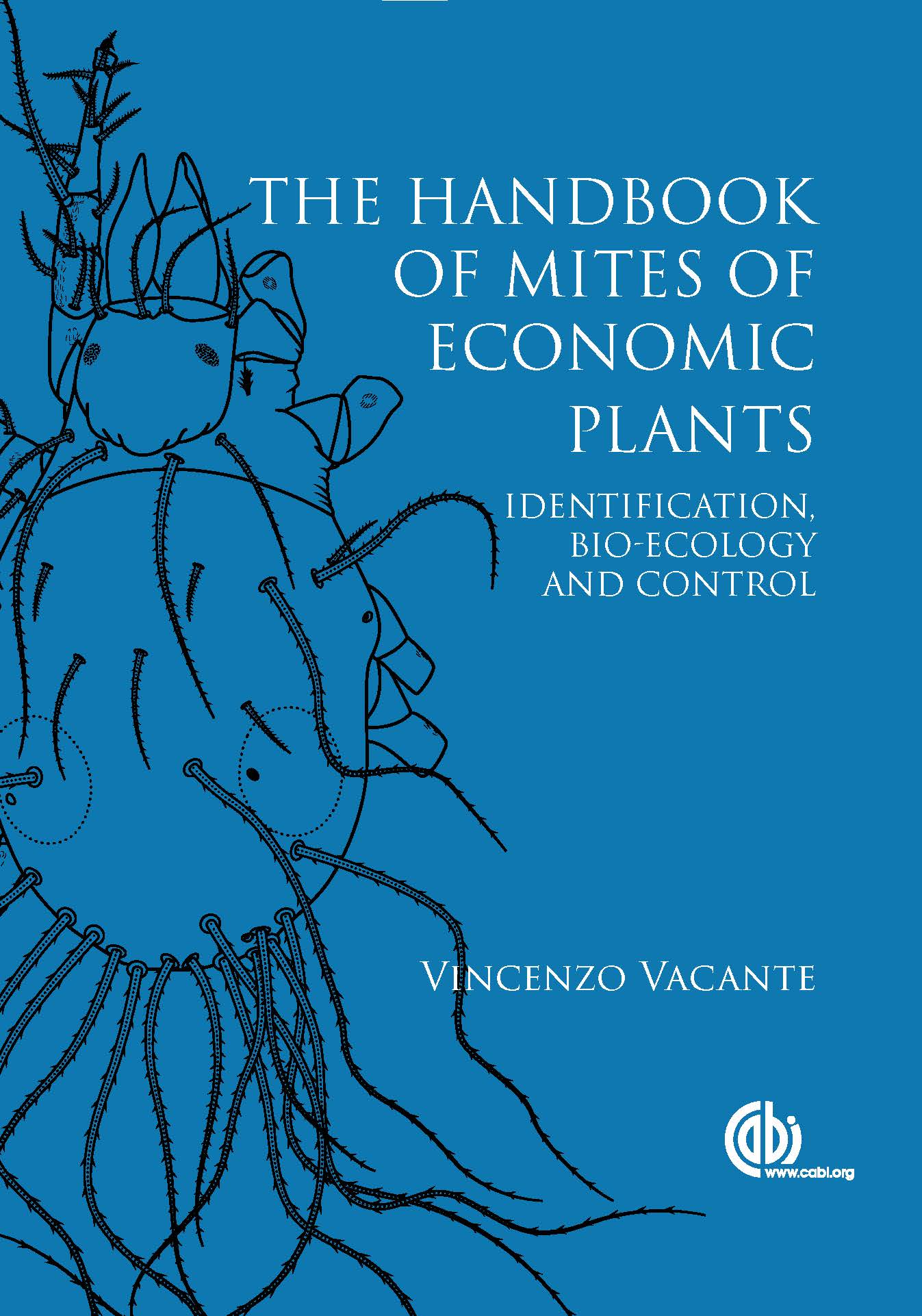 The control of mites that are harmful to economic plants can be achieved by physical, chemical, biological, cultural and Integrated Pest Management (IPM). Alternatively, host plants can be bred to be resistant to mites but, in my opinion, the use of genetically modified organisms (GMOs) lacks any ecological foundation and, therefore, can result in being environmentally harmful to serious agriculture.

The chemical controls include the use of chemical compounds, specifically a group called acaricides. These can be inorganic, organic or synthetic chemicals.  Over 200 compounds are known in almost 26 chemical classes, but technical, economic and/or eco-toxicological limitations mean that less 50 compounds are used. According to its chemical nature and interactions with the mite species, host plant and environment, each acaricide exhibits a different mode of action, persistence and safety period, and the use of each requires its own dosage. Understanding the side effects of the chemicals used in agriculture against injurious mites (and other pests) is crucial both for pest control and for the conservation of the environment and human health, as inappropriate use of these compounds may even induce the development of resistance in the injurious mites. However, knowledge of the side effects of chemicals is considered a prerequisite for the implementation of an IPM programme. The use of different databases can also affect which acaricides and/or other chemicals are chosen (insecticides, fungicides, herbicides), e.g. the environmental databases of the US EPA. The mite resistance to acaricides is of economic importance and almost 745 cases have been reported involving species from four of the most important families. Genetic and bio-ecological factors and chemical control strategies influence the development of resistance to chemicals in mites.

The most important natural enemies of pest mites are predatory mites, followed by insects and pathogens. About 30 families of beneficial mites are involved in the biological control of injurious mites and/or other pests. These ‘biopesticides’ are included as acarine biocontrol agents (ABAs) and are mass reared and commercially offered for the control of pests and/or control the level of damage caused by pests. From a practical point of view, the commercial employment of natural enemies usually takes place through these five steps: mass production, quality control, harvesting, storage and transport, and release. Like chemical control, the biological control may also be regulated by specific legislation, and characterized by its economic implications.

At the beginning of this decade, there were 17 phytoseiid and five insect species (Thripidae, Coccinellidae, Cecidomyiidae, Chrysopidae) that were marketed commercially. However, of these, only four or five phytoseiid mites are widely used. An extensive list of predatory mites covers four families and over 20 species.

IPM aims to control mite populations (and other pests) by combining all possible means (chemical, biological, biotechnical, horticultural, etc.) that do not hinder the action of indigenous and artificially introduced natural enemies and are in agreement with the ecological, toxicological and economic requirements of agricultural production. IPM is a fundamental prerequisite for the realization of ‘integrated production’, a holistic approach to the production system, and its realization requires the carrying out of the following actions:

Various IPM projects have been developed in various different countries, and the results obtained from these have each confirmed a common need to extend the application of IPM to other countries, with the primary aim of limiting the damage that can be caused by traditional crop protection. The strategy was applied on the most important North American crops, including apple, almond, citrus and ornamentals, as well as in the Mediterranean citriculture and in protected crops worldwide.

The Handbook of Mites of Economic Plants is available to buy on the CABI Bookshop.