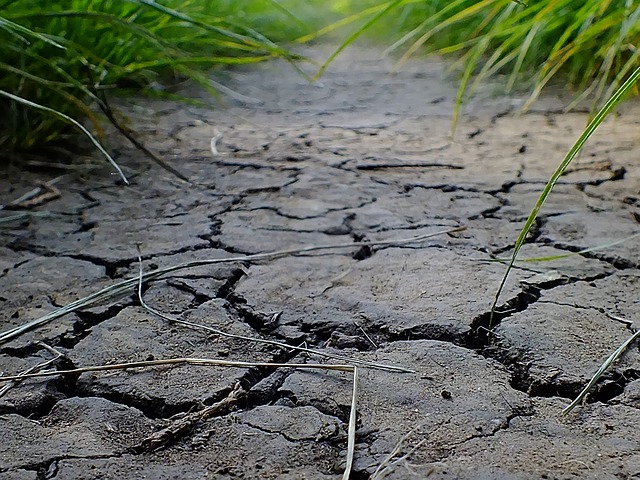 With so many immediate crises to deal with, it would be easy for world leaders to put the issue of climate change on the back burner. As European leaders continue to battle with Greece’s financial crisis, terrorist attacks drive tourists from Tunisia, and conflicts continue to divide Syria and Iraq, then a climate summit to be held in Paris late this year is well down the politicials ‘to-do’ list. But although the worst consequences of failing to deal with climate change may still be decades or even centuries away, it doesn’t make them less important to address. In a new report issued this week by the UK’s Foreign Office, a Commonwealth and Foreign Office minister says that we should address the threat of climate change in the same way as we do the dangers of terrorism and nuclear weapons proliferation, and look at the ‘worst case scenarios’ and how likely they are to occur. For just as in matters of national security, failing to consider and prepare for the worst makes it more likely that it will actually happen.

The report ‘Climate change: a risk assessment’ was commissioned by the Foreign Office and written by experts from the UK, USA, China and India, led by  the UK’s climate change envoy, Professor Sir David King. In the forward, Baroness Joyce Anelay, minister of state at the Commonwealth and Foreign Office, says the indirect impacts of global warming, such as deteriorating international security, could be far greater than the direct effects, such as flooding. Focusing only on the direct effects is too narrow an approach, she says. Rather than treating climate change as a long-range weather forecast, we need to assess the systemic risks, such as those affecting international security.

“Assessing the risk around [nuclear weapon proliferation] depends on understanding inter-dependent elements, including: what the science tells us is possible; what our political analysis tells us a country may intend; and what the systemic factors are, such as regional power dynamics,” said Anelay. “The risk of climate change demands a similarly holistic assessment.”

The report underlines, once again, the direct risks that warming poses. It says that at current rates of carbon emissions, a temperature rise of 4 degrees C is "as likely as not" by 2150. Among the direct effects of warming are drought, crop failures, and lethal levels of heat stress.

“Humans have limited tolerance for heat stress,” states the report. “In the current climate, safe climatic conditions for work are already exceeded frequently for short periods in hot countries, and heatwaves already cause fatalities. In future, climatic conditions could exceed potentially lethal limits of heat stress even for individuals resting in the shade.”

It notes that “the number of people exposed to extreme water shortage is projected to double, globally, by mid century due to population growth alone. Climate change could increase the risk in some regions.” On a high emissions pathway, for example, the report says that the probability of the Tigris-Euphrates river basin falling into extreme water shortage could rise significantly after as early as 2030, and reach close to 100% by 2070.

In the worst case, what is today a once-in-30-year flood could happen every three years in the highly populated river basins of the Yellow, Ganges and Indus rivers, the report said. Without dramatic cuts to carbon emissions, extreme drought affecting farmland could double around the world, with impacts in southern Africa, the US and south Asia.

But the greatest risks, says the report, come from interactions of people, markets and governments. Grain prices could treble, and as people get driven off their land by floods or drought then population movements could far exceed the levels which, for example, the countries of southern Europe are now battling to contain. Migration, the authors warn, could become "more of a necessity than a choice".

As the report is focused on assessing risk, only a small proportion of it considers possible responses. But the report does suggest that while the risks may be greater than is commonly realised, this is no reason for fatalism. Our capacity to confront the risks is also high, so long as we act both immediately and with a long-term view. The greatest risks are tipping points, where the climate shifts rapidly into a new, dangerous phase state. But the report states that political leadership, technology and investment patterns can also change abruptly too. An accompanying policy brief says that policy measures can regulate for cleaner energy, and the right incentives can direct more investment towards clean energy technologies and accelerate innovation so that new policies become possible in future.

“Leadership can make this virtuous circle turn faster, more fully mobilising our ingenuity, resources and commitment” the briefing says. “In this way, the goal of preserving a safe climate for the future need not be beyond our reach.”

Something for world leaders to think about when they convene in Paris in December.

Full details of the report, and the full text of the report and policy brief themselves, can be accessed on the University of Cambridge website. The climate change section of CABI’s Environmental Impact Database has abstracts of over 70,000 journal articles relating to climate change available to subscribers, as well as hundreds of news articles free for all to access.