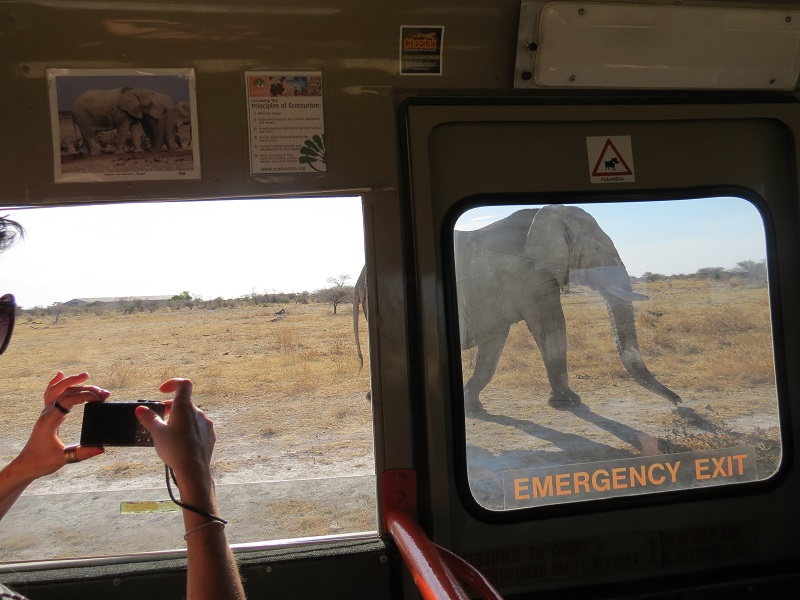 Last year saw the first World Wildlife Day, to be held annually on 3 March as the anniversary of the adoption of the Convention on International Trade in Endangered Species of Wild Fauna and Flora (CITES). (See this blog article by Stephanie Cole from a year ago). As is appropriate for a day commemorating CITES, protection of wildlife and combating poaching and illegal wildlife trade was the theme of the 2014 day, and in 2015 the focus of the international day is again that “It’s time to get serious about wildlife crime”. With wildlife in its natural habitat a key resource for tourism in many parts of the world – particularly in sub-Saharan Africa – the UNWTO is one of the leading organisations highlighting wildlife and the value of protection.

“Poaching is not only destroying precious ecosystems, it also poses a serious threat to socio-economic development. The loss of biodiversity is directly linked to lost development opportunities in the African tourism sector, which provides livelihoods for millions of people”, said UNWTO Secretary-General, Taleb Rifai in his message on the occasion of World Wildlife Day.

He continues: “The theme for this year’s World Wildlife Day could not be more timely; it is indeed high time to get serious about wildlife crime. UNWTO remains firmly committed to mobilizing the tourism sector in support of international anti-poaching efforts and further conservation the world’s natural assets.”

UN Secretary-General, Ban Ki-moon said “Illegal wildlife trade undermines the rule of law and threatens national security; it degrades ecosystems and is a major obstacle to the efforts of rural communities and indigenous peoples striving to sustainably manage their natural resources.”

The UNWTO briefing “Towards measuring the economic value of wildlife watching tourism in Africa,” released today in its latest version, builds on a survey of 48 African tourism and conservation authorities from 31 countries, as well as 145 international and African-based tour operators. The research brings insights into the economic significance of wildlife watching tourism. Alongside generating crucial income for protected areas through entrance fees, a typical wildlife watching tour costs on average US$ 433 and captures an additional US$ 55 in out-of-pocket expenses per person, per day. In addition, tours often include locally hired services such as accommodation, transportation, tour guides and cultural performances, creating important job opportunities for the local population.

In order to advance knowledge of the economic importance of wildlife watching and its potential to directly contribute to conservation efforts, the paper recommends a number of actions for national tourism authorities, including increased involvement in anti-poaching initiatives, systematic integration and evaluation of available data, and capacity building for a more consistent monitoring of protected areas visitors and receipts.

Tourism authorities are only involved to a minor extent in anti-poaching efforts and there is room for improvement, the paper indicates. Around 50% of the participating tour operators are funding anti-poaching initiatives and/or engaging in nature conservation projects, however only a few are so far proactively informing and engaging their customers on the issue.

In November 2014, the Leisure Tourism Database reported the release of a previous version of the briefing. Subscribers to the Database have access to around 3000 bibliographic records found with the quick search "wildlife tourism" OR "nature tourism". The same search for news articles finds over 140 previous articles on the topic – free for anyone to access, without a subscription.

Towards measuring the economic value of wildlife watching tourism in Africa (PDF file, 2015)